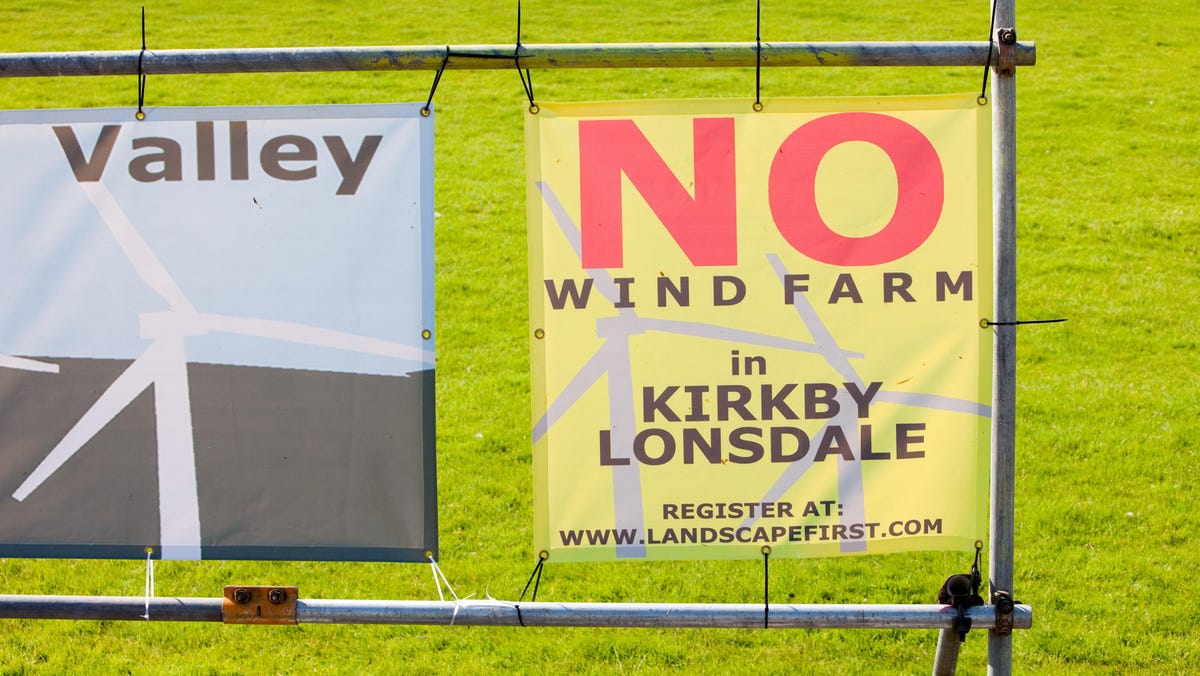 NIMBYism Is A Bipartisan Energy Problem

For better or worse the visual perceptions of energy production drive much of its policy debates. It was as much the ugly sight of fuming coal stacks and the soot on buildings as environmental or health concerns that led to their regulation. Unfortunately, the understandable human impulse to be surrounded by beauty or to avoid ugliness is turning NIMBYs, (not in my backyard-ers) and misguided environmental activists into strange bedfellows, inadvertently acting in concert to hurt the environment and impede America’s energy transformation.

This is not a marginal phenomenon. 10 deep red counties in Ohio recently banned wind and solar projects regardless of their individual merit utilizing blanket bans and laws designed to protect bats. Environmental activists in deep blue Vermont successfully stonewalled a wind farm and have undone much of Vermont’s wind power gains. Successful opposition to gas pipelines across New England results in the burning of heavy fuel oil which damages the environment and helps nobody. Las Vegas suburbanites successfully blocked what would have been the country’s largest solar power project secluded in the remote desert. A New Jersey city council valiantly rallied against an offshore wind project that would not have even been visible from shore.

NIMBYism does not just derail local projects; it also impedes environmentally friendly national policy. Nevada NIMBYs successfully killed the Yucca Mountain nuclear waste storage project, which would have boosted nuclear power generation decades ago and preempted much of our carbon-related problems. The rationale involved dubious citations of the accident at Three Mile Island (which functioned exactly as planned and hurt zero people) and other greenwashed lies about nuclear power. Despite Nuclear Power being statistically one of the safest, cheapest, and most efficient sources of power, NIMBYism has consistently impeded the adoption of nuclear power.

NIMBYism doesn’t stop with “scary” technologies such as nuclear power. A 2008 proposed pipeline to connect Albertan energy with America’s existing energy infrastructure via a shorter route would have shaved thousands of miles off travel times, ended the need for comparatively inefficient and polluting auxiliary rail transport, reduced the total associated carbon footprint, and allowed for cheaper energy. Greenwashed NIMBYism managed to kill this project. This project became the center of a misplaced debate about environmentalism, better known as the Keystone XL pipeline, which earlier this year met its end in another round of political acrimony.

Endless examples make it clear this is a nationwide bi-partisan problem. Despite the prevalence of this phenomenon, 84% of US adults support building more solar power plants, while 77% agree to building more wind turbines. Even nuclear power, with its chronic image problems, still enjoys a project of support with 35% US adults supporting more nuclear power plant construction. Americans generally recognize the local and national benefits of these projects, while The US Chamber of Commerce even found that approximately 45% of all NIMBY-related challenges were levied against green energy projects.

Energy NIMBYism traces its origins to the anti-nuclear movements of the 1960s when several communities refused to allow nearby companies to use nuclear power to produce energy. Modern NIMBYs are mostly – upper or middle-class citizens opposed to development projects whose affluence insulates them from their own actions, which has the negative side effect of increasing income-disparity related energy outcomes. What NIMBYism lacks in popular support they make up for with a highly motivated and well-organized political vanguard.

What goes around comes around. Anti-renewables rich NIMBYs have mastered the art of weaponizing the EPA’s environmental review process and environmental rhetoric to stonewall environmentally friendly projects just as their brethren killed natural gas and nuclear. The cycle is tragically predictable. Planetary rhetoric aside, NIMBYism leads to an abdication of local responsibility, and ultimately impedes energy projects even if they reduce carbon emissions, like gas and nuclear.

There are two comparatively easy practicable ways to combat this regulatory capture and get local governments and the EPA to approve more energy projects. The first is to reform its environmental review process to consider the carbon emission reduction relative to the current emission load for the intended geographic area.

The second practicable way to combat NIMBYism’s regulatory capture is for environmentally conscious stakeholders to put their money where their mouth is. Environmentalists, both super-rich individuals like 2020 democratic presidential candidate Tom Steyer, and NGOs like Natural Resources Defense Fund should push their green energy agenda forward by strategically purchasing and re-leasing land to green energy projects, promoting YIMBY (yes, in my backyard !) grassroots organizers, and recognizing the inevitable intersection of America’s energy security and environmentalism. This would also allow for indirect local input through elections, where the voters would like green energy projects, their elected representative would facilitate zoning for the purposes of solar and wind farms.

In many cases NIMBYism is an attitude of the affluent upper classes or misinformed voters who misunderstand the heavy economic burden of high energy prices. Combating climate change and ensuring America’s energy abundance and security requires thoughtful and informed policy choices and sacrifices. These sacrifices must be equitably distributed if we are to sustain decarbonization.