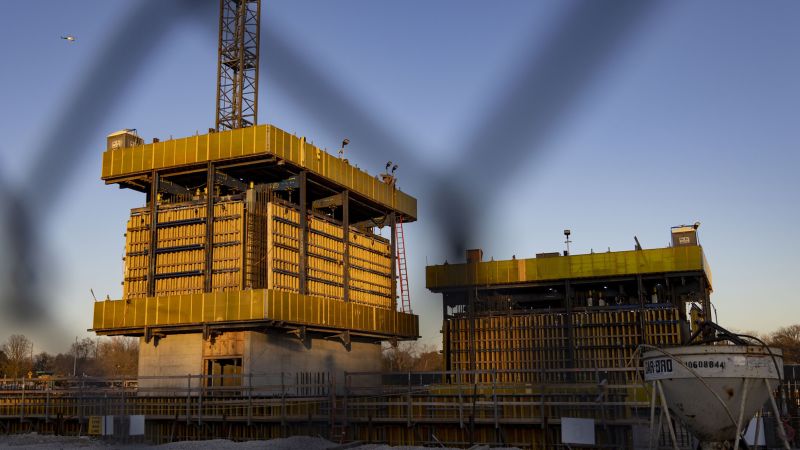 A noose was discovered at the Obama Presidential Center construction site in Chicago Thursday, prompting the group overseeing the project to suspend work at the site.

Lakeside Alliance, a joint venture of multiple construction companies working on the center, issued a statement saying they reported the incident to police and “will provide any assistance required to identify those responsible.”

Work remained paused on Friday, according to a spokesperson for the joint venture, though CNN observed crews moving heavy machinery at the site.

“Vehicles will be going in and out of the site today as Lakeside Alliance team members prepare for anti-bias training that will begin next week and to secure the site,” the spokesperson told CNN on Friday. “The Chicago Department of Transportation has a significant project that surrounds the site on three sides, and their work is ongoing.”

The spokesperson said “ancillary construction services required to maintain the safety and security of the site may occur throughout the day.”

The group is offering a reward of $100,000 for information leading to those responsible, according to an earlier statement, on Thursday, which added that they have “zero tolerance for any form of bias or hate on our worksite.”

“We are suspending all operations onsite in order to provide another series of these trainings and conversations for all staff and workers,” Thursday’s statement read, referencing anti-bias training that is part of its onboarding process. “We are horrified that this would occur on our site … Lakeside Alliance remains committed to providing a work environment where everyone can feel safe, be their best self, and is treated with dignity and respect.”

“This shameless act of cowardice and hate is designed to get attention and divide us. Our priority is protecting the health and safety of our workforce,” the foundation’s statement read.

The Chicago Police Department told CNN they are “aware of this matter and it is under investigation.”

The Obama Presidential Center was first announced in 2015, when the Barack Obama Foundation officially said Chicago’s South Side would be home to the project. The former president also considered his birthplace of Honolulu, Hawaii, for the library, but Chicago, the longtime favorite for the library, won out.

The center will serve as the foundation’s headquarters and a presidential library.

Obama selected Chicago because – as he put it in the 2015 video announcing his selection – it is the place where “all the strands of my life came together.” He noted his political career began in the city, and it’s where he and Michelle Obama met.

The project, however, has been slowed by lawsuits and some local complaints. In 2019, a federal judge dismissed a lawsuit that tried to prevent the library from being built in Jackson Park and said that construction should begin immediately. The lawsuit was brought by environmentalists who took issue with public land being used for a private project.

The Obamas finally broke ground on the center in September 2021. They were joined by Chicago Mayor Lori Lightfoot and Illinois Gov. JB Pritzker.