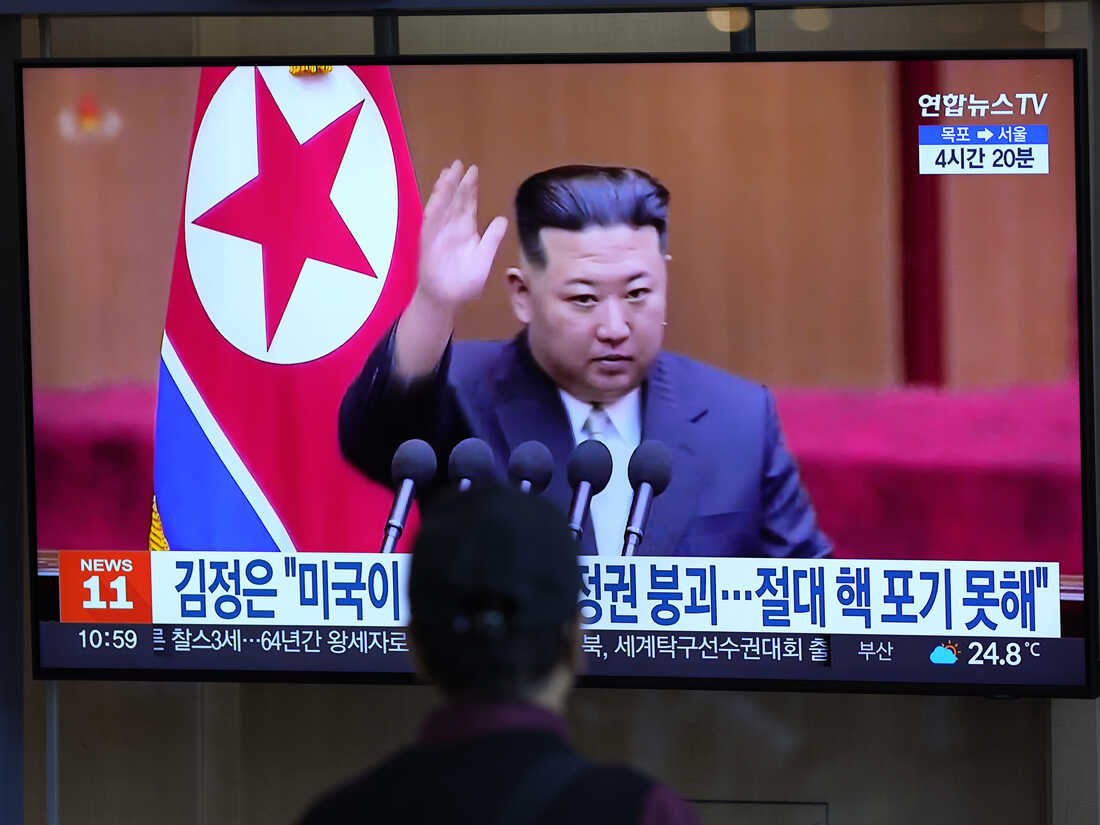 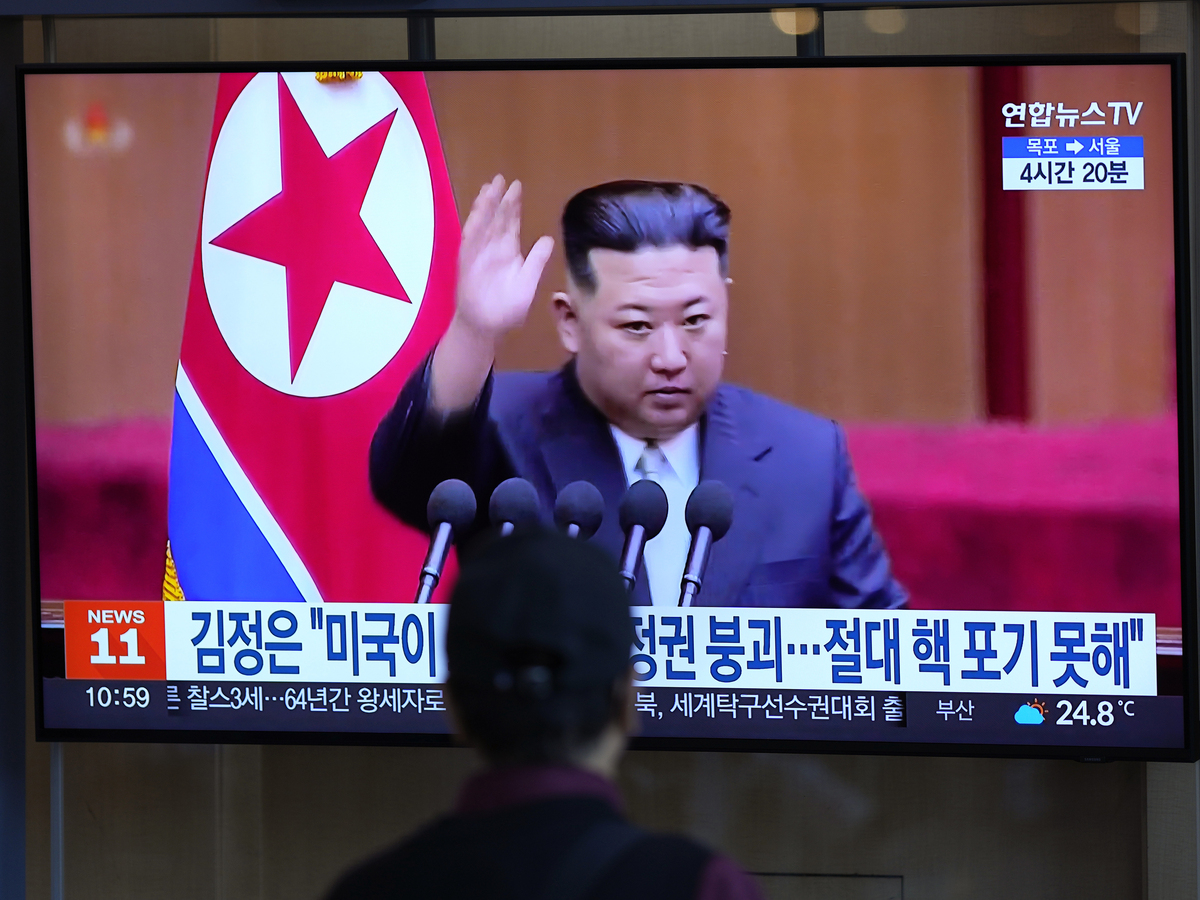 Kim made the comments during a speech Thursday at North Korea’s rubber-stamp parliament, where members passed legislation governing the use of nuclear weapons, which Kim described as a step to cement the country’s nuclear status and make clear such weapons will not be bargained.

UN Secretary-General Antonio Guterres’s office said he was “deeply concerned” about the new law, and noted that the North’s pursuit of a nuclear weapons program “continues to disregard the resolutions of the Security Council to cease such activities.”

“The Secretary-General reiterates his call to the DPRK to resume dialogue with the key parties concerned with a view to achieving sustainable peace and the complete and verifiable denuclearization of the Korean Peninsula,” Guterres’s office said in a statement, using an acronym for the North’s formal name.

The new law spells out conditions where North would be inclined to use its nuclear weapons, including when it determines that its leadership is facing an imminent “nuclear or non-nuclear attack by hostile forces.” The law requires North Korea’s military to “automatically” execute nuclear strikes against enemy forces, including their “starting point of provocation and the command,” if Pyongyang’s leadership comes under attack.

The law also says North Korea could use nukes to prevent an unspecified “catastrophic crisis” to its government and people, a loose definition that experts say reflect an escalatory nuclear doctrine that could create greater concerns for neighbors.

Kim also criticized South Korea over its plans to expand its conventional strike capabilities and revive large-scale military exercises with the United States to counter the North’s growing threats, describing them as a “dangerous” military action that raises tensions.

Kim has made increasingly provocative threats of nuclear conflict toward the United States and its allies in Asia, also warning that the North would proactively use its nuclear weapons when threatened. His latest comments underscored the growing animosity in the region as he accelerated the expansion of his nuclear weapons and missiles program.

“The purpose of the United States is not only to remove our nuclear might itself, but eventually forcing us to surrender or weaken our rights to self-defense through giving up our nukes, so that they could collapse our government at any time,” Kim said in the speech published by the North’s official Korean Central News Agency.

“Let them sanction us for 100 days, 1,000 days, 10 years or 100 years,” Kim said. “We will never give up our rights to self-defense that preserves our country’s existence and the safety of our people just to temporarily ease the difficulties we are experiencing now.”

Kim also addressed domestic issues, saying North Korea would begin its long-delayed rollout of COVID-19 vaccines in November. He didn’t specify how many doses it would have, where they would come from, or how they would be administered across his population of 26 million people.

GAVI, the nonprofit that runs the UN-backed COVAX distribution program, said in June it understood North Korea had accepted an offer of vaccines from China. GAVI said at the time the specifics of the offer were unclear.

North Korea rejected previous offers by COVAX, likely because of international monitoring requirements, and has also ignored US and South Korean offers of vaccines and other COVID-19 aid.

The North Korean report about Kim’s speech came a day after South Korea extended its latest olive branch, proposing a meeting with North Korea to resume temporary reunions of aging relatives separated by the 1950-53 Korean War, which were last held in 2018.

Experts say it’s highly unlikely North Korea would accept the South’s offer considering the severe deterioration in inter-Korean ties amid the stalemate in larger nuclear talks between Washington and Pyongyang. The US-North Korean diplomacy derailed in 2019 over disagreements in exchanging the release of crippling sanctions against the North and the North’s denuclearization steps.

Kim was combative toward South Korea in Thursday’s speech and urged his country to expand the operational roles of its tactical nuclear weapons and accelerate their deployment to strengthen the country’s war deterrent. Those comments appeared to align with a ruling party decision in June to approve unspecified new operational duties for front-line troops, which analysts say likely include plans to deploy battlefield nuclear weapons targeting rival South Korea along their tense border.

Cheong Seong Chang, a senior analyst at South Korea’s Sejong Institute, said Kim’s comments and the new North Korean law amount to a warning that it would launch immediate nuclear strikes on the United States and South Korea if they ever attempt to decapacitate Pyongyang’s leadership.

The North is also communicating a threat that it could use its nuclear weapons during conflicts with South Korea’s conventional forces, which would raise the risk of accidental clashes escalating into a nuclear crisis, Cheong said.

North Korea has been speeding its development of nuclear-capable, short-range missiles that can target South Korea since 2019. Experts say its rhetoric around those missiles communicates a threat to proactively use them in warfare to blunt the stronger conventional forces of South Korea and the United States. About 28,500 US troops are stationed in the South to deter aggression from the North.

The US-led diplomatic push to defuse the nuclear standoff has been further complicated by an intensifying US-China rivalry and Russia’s war on Ukraine, which deepened the divide in the UN Security Council, where Beijing and Moscow have blocked US efforts to tighten sanctions on Pyongyang over its revived long-range missile tests this year.

Kim has dialed up weapons tests to a record pace in 2020, launching more than 30 ballistic weapons, including the first demonstrations of his intercontinental ballistic missiles since 2017.

US and South Korean officials say Kim may up the ante soon by ordering the North’s first nuclear test in five years as he pushes a brinkmanship aimed at forcing Washington to accept the idea of ​​the North as a nuclear power and negotiating concessions from a position of strength .

Experts say Kim is also trying to strengthen his leverage by strengthening his cooperation with China and Russia in an emerging partnership aimed at undercutting US influence.

North Korea has repeatedly blamed the United States for the crisis in Ukraine, saying the West’s “hegemonic policy” justified Russian military actions in Ukraine to protect itself. US officials said this week the Russians are in the process of purchasing North Korean ammunition, including artillery shells and rockets, to ease their supply shortages in the war against Ukraine.

North Korea also has joined Russia and Syria as the only nations to recognize the independence of two pro-Russia breakaway territories in eastern Ukraine and has discussed send its construction workers to those regions to work on rebuilding.