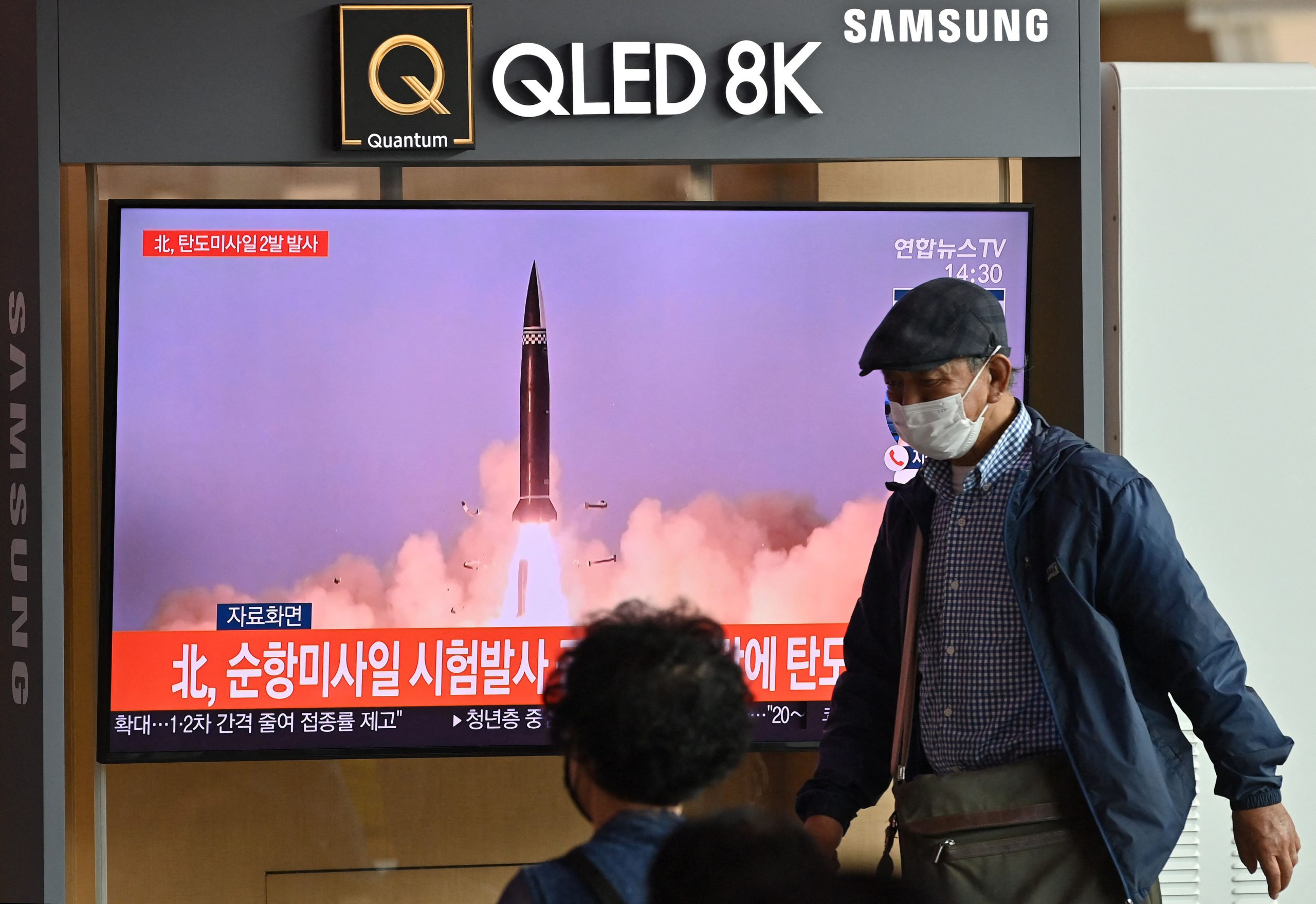 North Korea fired two ballistic missiles into the waters in the east on Wednesday, according to the South Korean armed forces and the Japanese coast guard. This is the second missile launch the Kim-Jong-un regime has carried out in the past four days after testing a long-range cruise missile this weekend.

According to the South Korean General Staff, the projectiles traveled about 800 kilometers and reached a maximum altitude of 60 kilometers during their flight before falling into the waters east of the Korean peninsula. The Japanese Coast Guard has indicated that the missiles fell into the sea outside the Japanese Exclusive Economic Zone (EEZ). Seoul has convened a meeting of its National Security Council to analyze the North Korean action, which Japanese Prime Minister Yoshihide Suga has described as “scandalous” and “threatening peace and security”.

In a statement, US Forces Indo-Pacific Command indicated that the test posed “no imminent threat” to the United States or its allies, despite “highlighting the destabilizing effects of North Korea’s illegal weapons program”.

The test this Wednesday took place exactly when the foreign minister of China – North Korea’s most important ally – Wang Yi is in Seoul to discuss, among other things, the Pyongyang military program with the South Korean authorities. At the end of his meeting with South Korean President Moon Jae-in, Wang appealed to everyone involved to keep calm and return to the discussion table that had been parked for two years.

On this Wednesday, South Korea successfully fired a ballistic missile from a submarine, said the South Korean presidency, according to AFP, making it the seventh country in the world to have this advanced technology. The missile was launched from the new Ahn Chang-ho submarine and traveled the expected distance before it hit the target.

North Korea and the US started talks on the denuclearization of the peninsula in 2018, at which then US President Donald Trump and Kim Jong-un held three summits in less than a year. Apart from a vague statement in the first, in Singapore in June 2018, the meetings did not bring any concrete results and failed in the second, in Hanoi in February 2019. Since then, and despite the change in House Blanca, now occupied by the Democrat Joe Biden, there has been hardly any contact between the two parties. Meanwhile, however, Pyongyang has advanced the development of its ballistic missile and nuclear weapons program, the subject of tension between the two capitals.

Last January, Kim appealed to his armed forces to continue modernizing their weapons program, including the development of ballistic and cruise missiles and hypersonic weapons.

Last weekend’s cruise missile test, which the North Korean regime called “an effective deterrent”, is an indication that talks with the US have been interrupted, but North Korea has pushed developments. his weapons program. According to experts, this projectile can carry miniaturized nuclear warheads, but it is not on the list of tests approved by the international community. In addition, the International Atomic Energy Agency (IAEA) announced in August that it had discovered signs that the North Korean nuclear reactor in Yongbyon, a symbol of the country’s nuclear program, had resumed plutonium production after being shut down since late 2018.

The launch this Wednesday is the fifth North Korean projectile known to date this year, according to the South Korean General Staff, although Pyngyang currently respects the moratorium on long-range and ICBMs. which he explained before entering into negotiations with the United States.