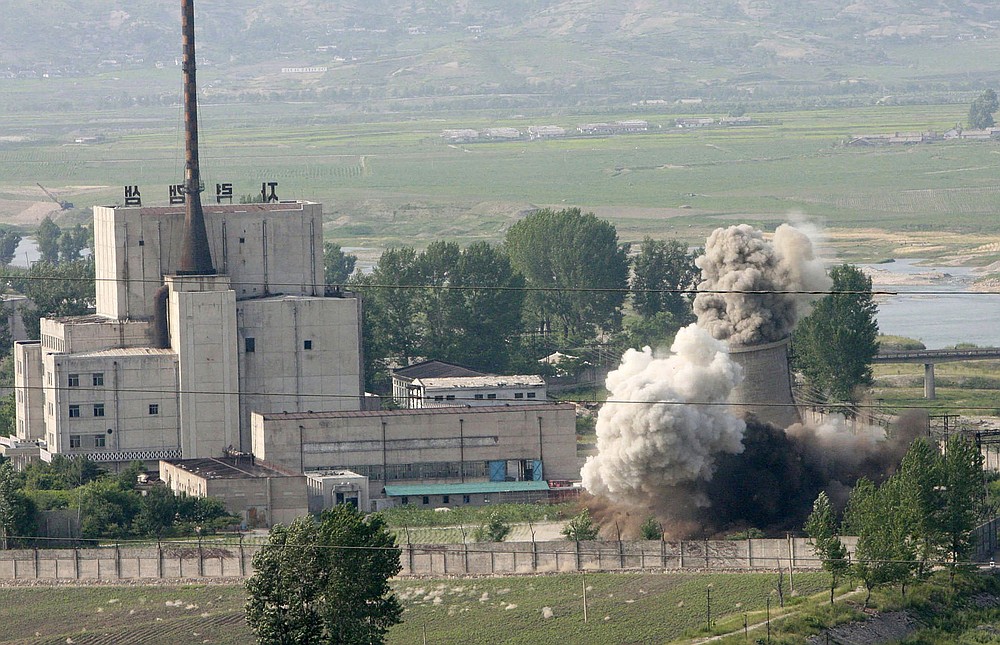 The International Atomic Energy Agency’s annual report covers a 5 megawatt reactor at the most important nuclear complex in the north in Yongbyon, north of Pyongyang. In addition to highly enriched uranium, the reactor also produces plutonium, one of the two key components in the construction of nuclear weapons.

“Since the beginning of July 2021 there have been indications, including the introduction of cooling water that are compatible with the operation of the reactor,” said the agency report on Friday.

White House press secretary Jen Psaki said Monday that the Biden administration is aware of the report and is working closely with allies and partners.

According to the report, there were indications that the Yongbyon radiochemical laboratory was operating from mid-February to early July, and that this operating time coincides with previous North Korea-announced reprocessing campaigns of irradiated fuel from the reactor. The laboratory is a facility in which plutonium is obtained from reactors by reprocessing spent fuel rods.

North Korea’s “nuclear activity continues to be of grave concern. In addition, the new evidence of the operation of the 5 megawatt reactor and radiochemical laboratory is deeply worrying,” the Atomic Energy Agency said.

The agency has not had access to Yongbyon or anywhere else in North Korea since the country fired its inspectors in 2009. The agency said it is using satellite imagery and open source information to monitor developments in the North Korean nuclear program.

The Yongbyon complex also produces highly enriched uranium. The agency report states: “For a period of time there were indications that the reported centrifuge enrichment facility was not in operation”, although regular vehicle movements were observed.

The complex, which North Korea calls “the heart” of its nuclear program and research, has been the focus of international concern for decades. It is not clear how much weapons grade plutonium or highly enriched uranium was produced in Yongbyon and where North Korea stores it.

In early 2019, North Korea’s ruler Kim Jong Un offered to dismantle the entire complex if he were to impose extensive sanctions during a summit with then President Donald Trump. But the Americans turned down Kim’s offer because it would only have partially surrendered his nuclear capabilities.

North Korea is believed to have several other covert uranium enrichment facilities. According to a South Korean estimate from 2018, North Korea could also have produced 20-60 nuclear weapons by now.

In recent months, North Korea has warned to expand its nuclear program if the US does not withdraw its “hostile” policy towards the North, an obvious indicator of US-led sanctions and regular US-South Korean military exercises. Earlier this month, Kim’s powerful sister, Kim Yo Jong, said North Korea would step up “absolute deterrence” to deal with mounting US threats.

South Korean Unification Department spokesman Lee Jong-joo said Monday that South Korea, along with the United States, is closely monitoring North Korea’s nuclear and missile activities. However, she declined to comment on whether Seoul sees any signs that the north is reactivating its nuclear facilities.

FILE – In this June 27, 2008 photo released by China’s Xinhua News Agency, the cooling tower of the Yongbyon Nuclear Complex in Yongbyon, North Korea, is being demolished. North Korea appears to have resumed operations of its main nuclear reactor, which is used to make weapon fuel, the UN Atomic Energy Agency said, as the North openly threatens to expand its nuclear arsenal amid long-dormant nuclear diplomacy with the United States. (Gao Haorong / Xinhua via AP, file)