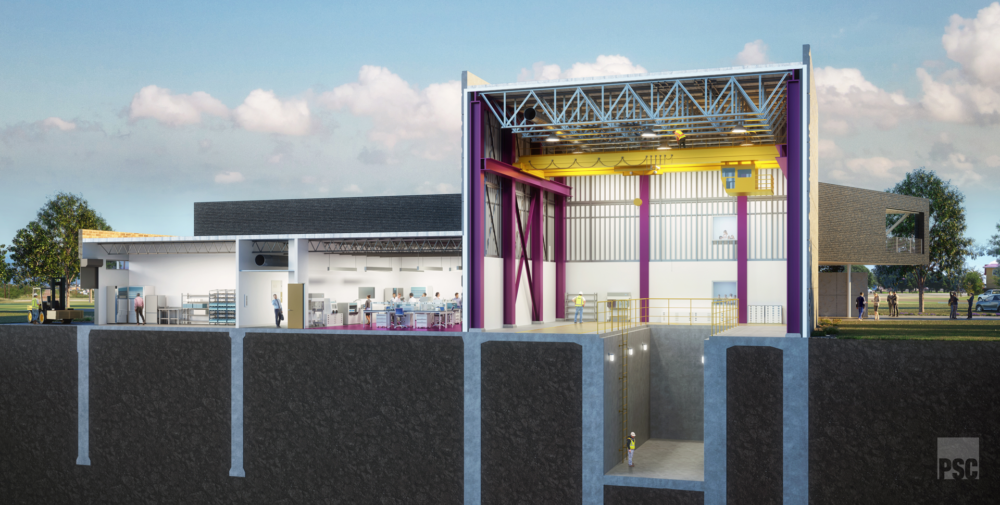 The acceptance—which essentially marks the NRC “docking” of the application—formally kicks off the regulatory agency’s review of ACU’s proposed Nuclear Energy eXperimental Testing (NEXT) Laboratory. The NRC said on Nov. 21 that owing to pre-application activities that began in March 2020, staff expects to complete its environmental and safety reviews by May 2024.

The university and its partners intend to use the MSRR experimental facilities to “accelerate the development and deployment of MSR systems through foundational research while also developing a new pipeline to a nuclear-qualified workforce.” So the facility wants provide “unique data and insights for the safety analysis tools and computational methodologies” used for the design and licensing of future commercial reactors, it said.

Abilene Christian University (ACU) is leading NEXTRA—the NEXT Research Alliance—among four universities with extensive experience in physics, chemistry, and engineering. Launched in Spring of 2019, the consortium’s goal is to design, license, and commission the first university-based molten salt research reactor, which ACU will host and own. Other members of the consortium are Georgia Institute of Technology, Texas A&M University, and The University of Texas at Austin. Courtesy: Abilene Christian University

ACU’s NEXT lab application seeks a license to design, construct, operate, and decommission a fluoride-based, liquid-fueled MSRR based on molten salt reactor technology developed at Oak Ridge National Laboratory during the 1950s and 1960s. In documents filed with the NRC, the university describes the 1-MWth MSRR as a “single-region, graphite-moderated core, loop-type, thermal spectrum reactor with a fluoride-based fuel salt flowing through 316H stainless steel fuel circuit components.” The cooling loop, which utilizes a flowing, fluoride-based salt, will be used to cool the fuel circuit and expel the heat to the atmosphere, it said. the MSRR is also “equipped with an off-gas system that can relocate fission gases from the reactor headspaces through stainless-steel circuit components for sequestration and decay,” it said.

“The low-power MSRR is designed to be passively safe,” ACU noted. “Given the low power design of the reactor, the overall risk to people and the environment is limited by the small source term and the low fission product inventory.” In addition, the MSRR is “significantly different” from the reactors licensed by the NRC in the past and has “several unique safety features not found in solid fuel systems,” it said. “As an MSR, most of the inherent safety features are a result of the formulation and properties of the salts and the movement of the salts within the system.”

MSRR salts are highly ionic, chemically stable compounds that are immune to radiolysis, the university noted. While that chemical inertness eliminates the risk of fire or explosion, molten salts offer a suitable medium for heat transfer. “The MSRR salts are stable to several hundred degrees above temperatures obtainable in the reactor and remain at low vapor pressure,” it said. “The melting point of the fuel salt is about 500C (932F), and the melting point of the coolant salt is about 460C (890F). The MSRR’s large negative temperature coefficient and reactivity that passively moderates heat production also allows for a “significant” load-following capability, it said. 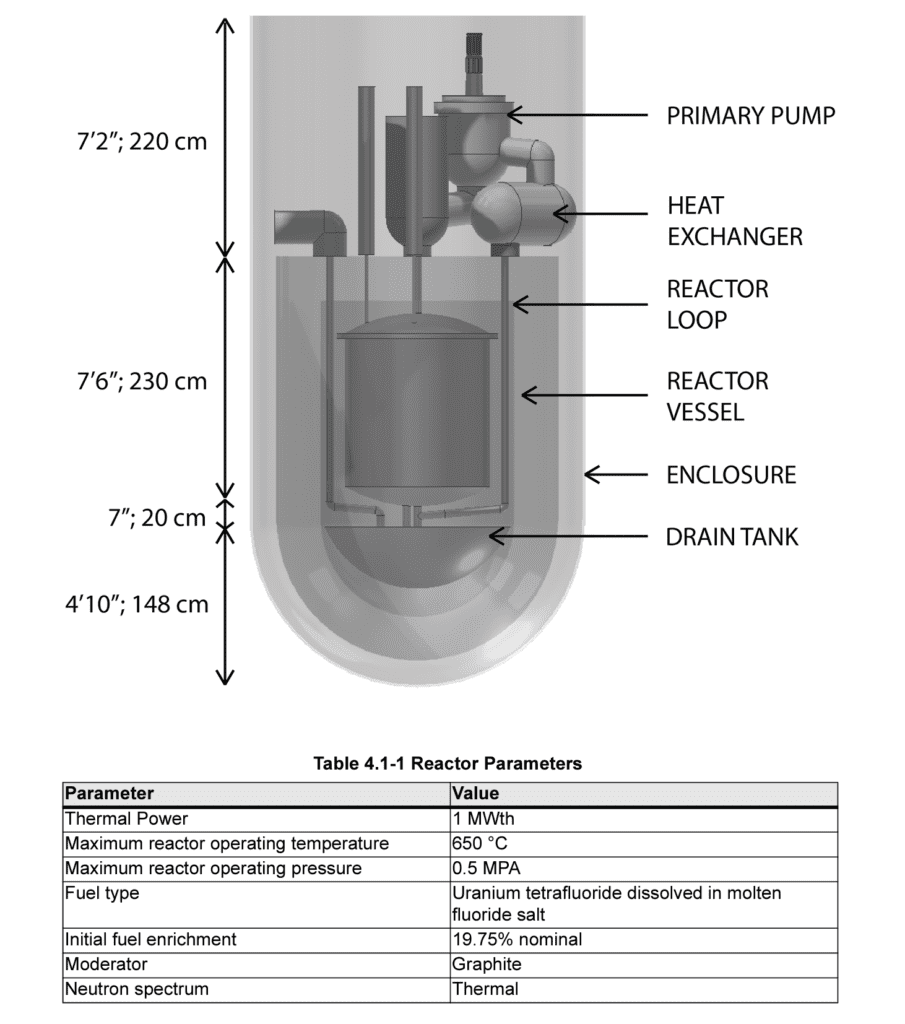 Bolstered by an Academic Consortium with Federal Support

The university contracted in July Teledyne Brown, a nuclear component and system design and fabrication firm, to perform front-end engineering and design work for the facility. The contract is part of a $30.5 million sponsored research agreement (SRA) with Natura Resources, a for-profit entity designed to be the funding instrument for the research, in collaboration with the NEXT Research Alliance. This university consortium includes ACU, Georgia Institute of Technology, Texas A&M University, and The University of Texas at Austin.

According to ACU, the NEXT lab formally took shape in 2016 after garnering interest from a group of university benefactors and entrepreneurs. In 2018, the Department of Energy (DOE), then headed by former Texas governor Rick Perry, expressed interest in the project. ACU said the research reactor in 2019 became part of the DOE’s Office of Nuclear Energy’s (NE’s) Research Reactor Infrastructure program, which allows the DOE to provide fuel cycle services for the MSRR without cost, as the DOE does for other university research reactors.

In a letter to the DOE, ACU suggested that the research reactor’s MSRR fluoride salt requirements would need “no more” than 500 kilograms (kg) of high-assay low-enriched uranium (HALEU) with enrichment near 19.75% and no more than 2,200 kg of enriched lithium.

University documents filed with the NRC in August suggest the MSRR’s overnight cost estimates—the cost of the construction project if no interest was incurred during construction—will hover at $65 million and $95 million if a contingency is factored in. Ongoing work by Teledyne Brown, however, is expected to refine the cost and schedule of the MSRR construction project.