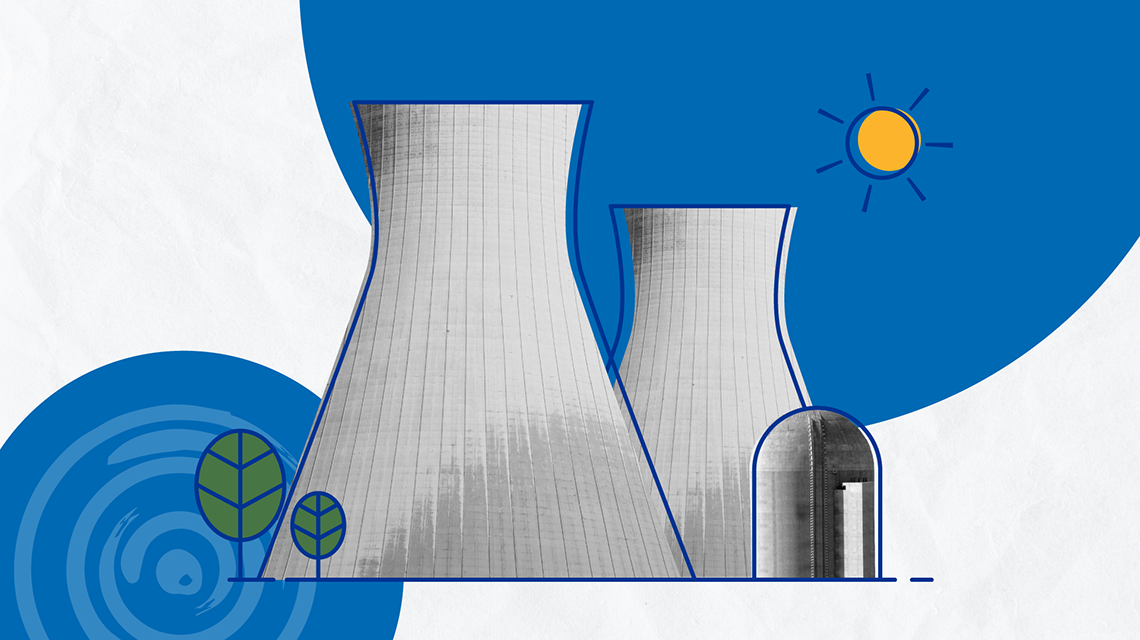 Countries from Armenia and Ghana to Poland and Turkey show significant potential for the use of nuclear energy to reduce greenhouse gas (GHG) emissions and to achieve climate protection goals, including those agreed at the COP26 climate summit, according to national studies coordinated over a three-year period Show project from the IAEA.

The results of the coordinated research project (CRP) illustrate the potential scope for increased use of nuclear energy in order to support stronger national climate protection goals, as demanded by the “Glasgow Climate Pact” agreed at COP26 last month. Around 30 countries include nuclear energy in plans submitted under the 2015 Paris Agreement – including both short-term (2030) targets in Nationally Defined Contributions (NDCs) and longer-term strategies for net zero emissions – and the CRP results reflect the growing interest in the nuclear field among other countries striving for more ambitious climate targets.

The CRP, entitled “The Potential Role of Nuclear Energy in National Climate Change Mitigation Strategies,” brought together research teams from 12 countries facing a range of energy, development and climate challenges with the aim of studying how nuclear energy works together other energy sources, low carbon energy, might help. These teams developed and applied various analytical frameworks and modeling tools to forecast energy demand over the next few decades, evaluate technology options and supply portfolios to meet forecast demand, and assess the impact of these portfolios on greenhouse gas emissions.

The research teams in Armenia, Pakistan, Poland and Turkey identified considerable potential for nuclear power for climate protection in their countries. If upfront investment costs and financing barriers can be overcome, nuclear power has also been seen as increasingly attractive for climate protection in Chile, Ghana and South Africa. For three other countries – Croatia, Lithuania and Vietnam – nuclear power was currently not considered competitive. Australia and Ukraine have exchanged expertise under different reporting arrangements; The research team in Ukraine has identified significant potential for nuclear energy.

Ghana and Poland are among the 30 or so so-called nuclear newcomer countries that are tackling or considering the introduction of nuclear energy. Armenia and South Africa already operate nuclear power plants and are considering expanding operations, while Pakistan is building new capacity to complement its existing reactor fleet. Turkey is building its first reactors, while nuclear power could be considered for Chile in the future.

For Armenia, which already relies on a single nuclear reactor for around a third of its electricity production, the assessment of several energy scenarios has shown that the use of nuclear energy could enable the country to fully comply with its obligations under the Paris Agreement. Like Ghana, Armenia updated its NDC to include nuclear power for the first time in 2021.

For Poland, the study confirmed the importance of nuclear energy for future climate protection, in line with national plans to build six large nuclear power plants over the next two decades to support both climate and energy security goals. With Poland currently generating around 70% of its electricity from coal, profound changes in the country’s economy and society are likely to be required to meet its Paris Agreement commitments and GDP to ensure that clean energy transition supports social and development goals.

In addition to supporting national efforts to assess the potential role of nuclear energy, the CRP has enhanced the knowledge and experience of experts from participating countries in assessing energy and climate change strategies and policies in general. Through “the exchange of experiences with experts from other countries … [the CRP has helped to raise] the level of knowledge… and also facilitate the definition of the main determinants of national strategic documents and plans in the energy sector ”, said Professor Mladen Zeljko, Chief Operating Officer of the Energy Institute Hrvoje Pozar in Croatia.

Many of the national research teams, including Croatia, used the IAEA’s energy modeling tools to assess the potential of nuclear energy in the CRP. The study of Croatia, which operates a nuclear power plant jointly with neighboring Slovenia, has shown that while building a new large nuclear power plant is not competitive at current funding rates and CO2 prices, the country intends to consider the development of SMRs as potentially affordable and flexible low carbon energy option.

“The CRP has been of great use to us in developing national strategic plans on climate and energy and has helped us rigorously create scenarios and set important goals for the long-term development of the energy sector and its impact on climate change,” said Zeljko.