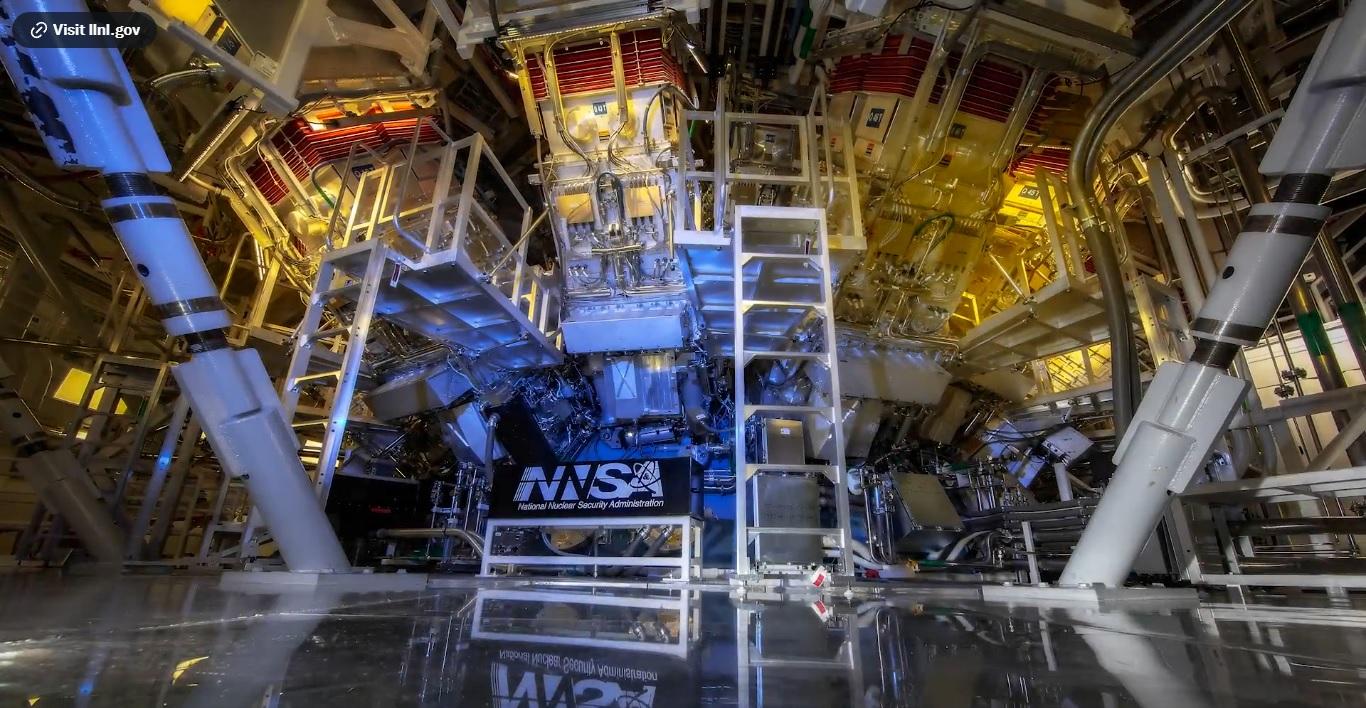 Nuclear fusion: Harnessing the power of the stars

WASHINGTON — US researchers have finally surpassed an important milestone for nuclear fusion technology: getting more energy out than what was put in.

The US Department of Energy announced on Tuesday that it had made a historic breakthrough with what some consider to be the energy of the future.

BREAKING NEWS: This is an announcement that has been decades in the making.

On December 5, 2022 a team from DOE’s @Livermore_Lab made history by achieving fusion ignition.

This breakthrough will change the future of clean power and America’s national defense forever. pic.twitter.com/hFHWbmCNQJ

Here is an update on how nuclear fusion—which produces no greenhouse gases and leaves little waste—works, what projects are underground and estimates on when they could be completed:

Energy of the stars

Fusion differs from fission, the technique currently used in nuclear power plants, by fusing two atomic nuclei instead of splitting one.

In fact, fusion is the process that powers the sun.

Two light hydrogen atoms, when they collide at very high speeds, fuse together into one heavier element, helium, releasing energy in the process.

“Controlling the power source of the stars is the greatest technological challenge humanity has ever undertaken,” tweeted physicist Arthur Turrell, author of “The Star Builders.”

“So we have to find ways to isolate this extremely hot matter from anything that could cool it down. This is the problem of containment,” Erik Lefebvre, project leader at the French Atomic Energy Commission (CEA), told AFP.

One method is to “confine” the fusion reaction with magnets.

In a huge donut-shaped reactor, light hydrogen isotopes (deuterium and tritium) are heated until they reach the state of plasma, a very low density gas.

Magnets confine the swirling plasma gas, preventing it from coming into contact with the chamber’s walls, while the atoms collide and begin fusing.

This is the type of reactor used in the major international project known as ITER, currently under construction in France, as well as the Joint European Torus (JET) near Oxford, England.

A second method is inertial confinement fusion, in which high energy lasers are directed simultaneously into a thimble-sized cylinder containing the hydrogen.

This is the technique used by scientists at the National Ignition Facility (NIF) at Lawrence Livermore National Laboratory (LLNL) in California who were behind Tuesday’s announcement.

Inertial confinement is used to demonstrate the physical principles of fusion, while magnetic confinement seeks to mimic future industrial-scale reactors.

For decades, scientists had attempted to achieve what is known as “net energy gain”—in which more energy is produced by the fusion reaction than it takes to activate it.

LLNL director Kim Budil cautioned that much remains to be done before it can be commercially viable.

“There are very significant hurdles, not just in the science but in technology,” Budil said. “A few decades of research on the underlying technologies could put us in a position to build a power plant.”

To get there, researchers must first increase the efficiency of the lasers and reproduce the experiment more frequently.

The NIF’s success has sparked great excitement in the scientific community, which is hoping the technology could be a game-changer for global energy production.

Unlike fission, fusion carries no risk of nuclear accidents.

“If a few lasers are missing and they don’t go off at the right time, or if the confinement of the plasma by the magnetic field… is not perfect,” the reaction will simply stop, Lefebvre says.

Nuclear fusion also produces much less radioactive waste than current power plants, and above all, emits no greenhouse gases.

“It is an energy source that is totally carbon-free, generates very little waste, and is intrinsically extremely safe,” according to Lefebvre, who says fusion could be “a future solution for the world’s energy problems.”

Regardless of Tuesday’s announcement, however, the technology is still a far way off from producing energy on an industrial scale, and therefore cannot be relied on as an immediate solution to the climate crisis. — AFP