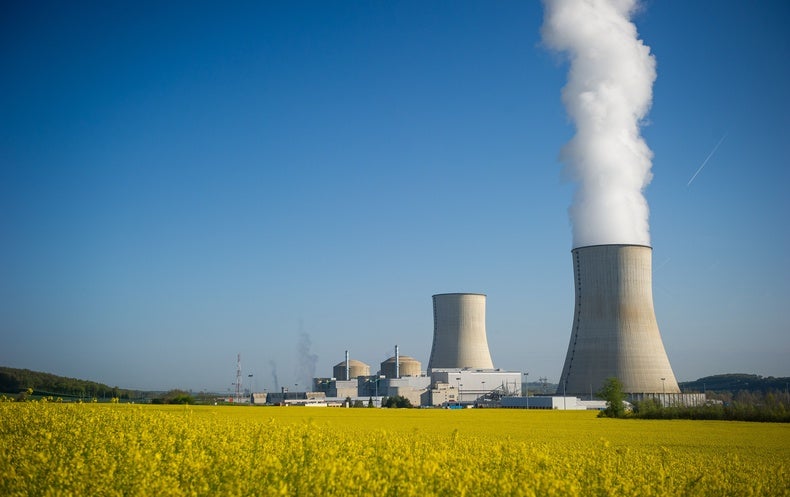 Nuclear Power Looks to Regain Its Footing 10 Years after Fukushima

Nuclear energy faces a shaky future 10 years after an earthquake and tsunami at the Japanese plant in Fukushima Daiichi. The unstable situation in the industry, however, has less to do with the accident in Fukushima and more to do with how a natural gas glut and the rise of renewable energies have changed the global energy landscape.

Fukushima has certainly left its mark on the nuclear industry. When the earthquake and tsunami hit Tohoku on March 11, 2011, there were 54 nuclear reactors in Japan. Since then, about a third of them have been permanently shut down, and only nine have resumed operations. “In Japan, [the accident is] Still an oversized event, ”said Edwin Lyman, director of nuclear safety for the Union of Concerned Scientists. “Not only did it have direct and indirect environmental impacts that they are still dealing with – and a cost of hundreds of billions of dollars to clean up – but it also shattered the confidence that the Japanese have always had in nuclear power assures that they are completely safe. “

In addition, the accident pushed the regulatory reviews of nuclear energy forward around the world and accelerated an already existing plan in Germany to withdraw nuclear energy completely by the end of 2022. Other countries including Spain, Belgium and Switzerland are about to do so in the next 14 years.

In comparison, no US nuclear reactors were shut down as a precautionary measure after Fukushima. Four months after the disaster, a Nuclear Regulatory Commission (NRC) task force published a report recommending updates to regulatory standards to protect U.S. nuclear power plants from earthquakes and floods. However, the NRC commissioners voted in a separate decision in 2019 against the adoption of a draft rule providing additional measures against such threats.

In place of fear, activism, or political control, the prospects for nuclear energy have been deeply weakened by a shift in the economics of power generation that favors cheaper natural gas and renewables like wind and solar. However, nuclear advocates – and some environmentalists – still view nuclear energy as a cornerstone of clean energy policies to combat climate change. And they are promoting a new generation of nuclear reactors that are supposed to be safer and possibly cheaper.

“We can and should definitely invest in absolutely everything until we get to zero [carbon emissions]”Says Josh Freed, senior vice president of climate and energy programs at Third Way, a public policy think tank based in Washington, DC

The US continues to lead the world in nuclear power production, followed by France, China, Russia and South Korea. However, two out of three nuclear reactors worldwide are slated to shut down anytime soon, and one new build is unlikely to replace all of them. For the handful of new US nuclear power projects currently under construction, high up-front prices have often been compounded by cost overruns and project delays. After a delay of five years, the first of two new reactors at the Vogtle nuclear power plant in Georgia is due to go into commercial operation in November 2021. The original cost estimate of the project doubled to $ 28 billion.

In addition to the capital investment required to build, nuclear power plants also have significant costs associated with their lifelong operation – including the storage and disposal of radioactive waste. “Nuclear energy is too expensive, more than twice as expensive as renewable energies,” says Claudia Kemfert, energy economist at the German Institute for Economic Research in Berlin. “The costs for the final waste disposal and the dismantling of nuclear power plants are already enormous.”

Given the current trends, the share of nuclear energy in US electricity generation could fall from about 19 percent in 2020 to just 11 percent in 2050, according to the US Energy Information Administration. “The decline in US nuclear capacity is due to historically low natural gas prices, limited growth in electricity demand, and increased competition from renewable energies,” wrote Suparna Ray, a poll statistician at EIA, in a recent article on the agency’s website.

Worldwide, the International Atomic Energy Agency estimates that the share of nuclear energy in electricity generation could drop from 10 to 6 percent by 2050 if current market, technology and resource trends continue. If there was growth, most would likely come from countries like Russia and China, where the national government subsidizes nuclear power for domestic power generation and exports reactor technology abroad. “The so-called nuclear renaissance is a myth,” says Kemfert. “Few countries are building new nuclear power plants with huge subsidies.”

Still, nuclear power currently accounts for only more than half of all low-carbon electricity generation in the US and 30 percent of global low-carbon electricity. Government officials in countries like the UK, France and even Japan have argued that maintaining nuclear power is necessary to meet national and international targets to reduce the carbon emissions that contribute to climate change.

“We can look back very well on this year and the next few years as the decisive moment whether nuclear power really plays the role that we believe is necessary for the climate – or whether it falls by the wayside,” says Third Way’s Freed.

The US government is still investing in nuclear power with considerable support from both Republican and Democratic parties. Under both the Obama and Trump administrations, the US Department of Energy provided loan guarantees of up to $ 12 billion for the construction of the Vogtle plant reactors in Georgia. The DOE has also partnered with companies to develop small, modular nuclear reactors that would take up much less physical space than the standard one-gigawatt nuclear power plants and would provide flexible power on the order of tens or hundreds of megawatts. The new small reactors could potentially offer lower costs and faster assembly line manufacturing of components. And they could be designed for greater protection against the risk of reactor meltdown.

The DOE’s Idaho National Laboratory has partnered with a company called NuScale Power to demonstrate the U.S.’s first small modular nuclear reactor by 2029. The lab is also investigating how both new and existing reactors could use their steam and power output to produce hydrogen – a green energy source for power generation and vehicles. Heat from the reactors could also enable seawater desalination through evaporation and condensation.

In the meantime, five existing nuclear reactors in Illinois and New York State are to be shut down, largely because of their unfavorable economic viability. If these plans go as planned, 2021 would set a record for the most annual nuclear decommissioning in the US

The country’s government could offer production tax credits or impose clean energy standards that mandate a certain amount of electricity from nuclear sources. However, it is unclear why clean energy policies should prioritize support for nuclear power over cheaper renewable energy if the main goal is to promote low-carbon power generation, says Gregory Jaczko, who served as chairman of the NRC from 2009–2012. He pointed out that a more neutral clean energy policy like carbon pricing would favor cheaper renewables over nuclear.

“If you set carbon prices, it will only be easier for renewables to compete with gas,” says Jaczko, “because here is the race: between renewables and gas.”

The pace of advancement in nuclear technologies could also be a factor in clean energy strategies that move away from such power generation. According to the DOE, small modular reactors along with other experimental designs are not expected to go into commercial operation (or even tests) until the 2030s at the earliest. This suggests that small reactors are unlikely to make a significant difference in reducing carbon emissions over the next 20 years. And at this point in time, they must compete in a future energy landscape that has been further transformed by cheaper renewable energy and energy storage technologies.