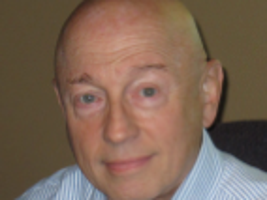 Clean, safe, inexpensive and abundant energy is vital to the advancement of civilization. Nuclear energy makes an important contribution today and will be used more and more frequently in the future.

Unfortunately, the nuclear industry has got off to a rocky start. It was half a century of learning. However, the next generation of nuclear power plants, which is actively developing, is being so radically improved that the status of a mainstay seems assured.

The first nuclear power plant was built in January 1954 by Adm. Hyman Rickover for use in our nuclear submarine fleet. The nuclear power industry has rapidly enlarged this reactor in various versions for commercial use. Practically the entire nuclear power fleet in the world was given the same water-cooled, uranium-powered design.

It turns out that water is a rather poor choice for cooling a nuclear reactor. Reactors must run at a high temperature in order to generate electricity efficiently. But as we all know, water boils and turns into steam at a relatively low temperature of 100 degrees Celsius. In order to be able to work at moderately high temperatures, the water must be kept under extremely high pressure.

Should the pressure be lost, the cooling water would immediately explode into steam. If cooling is lost, the solid fuel core will quickly overheat and melt, releasing radioactive materials. In this case, a reinforced concrete dome large enough and strong enough to hold everything is required.

There have been three notable accidents of this type. A partial collapse on Three Mile Island in 1979, while frightening, did not turn out to be serious. Chernobyl in 1986 was the most serious as the Russian reactor design did not include an adequate containment dome and other safety features.

Three cores melted together in Fukushima Daiichi in 2011 when a historic earthquake followed by a tsunami turned off backup cooling systems. Although serious, the accident was determined to be avoidable. The knowledge gained has led to security improvements.

With over 400 reactors worldwide and around a hundred more on ships, the overall safety record for nuclear energy is excellent – better than for most other energy sources. Nuclear power is also one of the cleanest sources of energy. However, it is possible to build nuclear power plants that will perform even better and for which the design is inherently safer.

Next generation reactors do not use water for cooling. Instead, they use molten salts, usually a mixture of lithium fluoride and beryllium fluoride. Molten salts not only cool better than water, but also enable the reactors to operate at higher temperatures and thus be much more efficient – without being pressurized.

A second major change is to mix the fuel directly with the molten salt coolant. There is no separate core to melt; The normal state has melted down. Containment structures can be much smaller and lighter. The operation is much more stable and in the worst case the molten salt with fuel simply flows into an underground tank, in which the nuclear fission stops automatically and everything cools down safely – completely passively.

An even more exciting possibility is that molten salt reactors use thorium as fuel. Thorium is much more abundant and cheaper than uranium. This type of molten salt reactor is called a liquid fluoride thorium reactor. There is much less radioactive waste. None of the waste is useful for weapons. And the radioactivity of this waste will decrease to safe levels in about 300 years (compared to tens of thousands of years for current reactor waste).

There are more advantages but no more space to describe them.

The development of the molten salt reactor is advancing in many places. By far the greatest effort is in China, where funding is in the range of $ 350 million. They hope to nail down important intellectual property rights. This is a key technology area. The United States needs to move faster.

It can be done

The operation of prototypes is planned within five years, the scaling up to commercial plants in ten years. It’s just engineering work; Feasibility has already been proven. The US Atomic Energy Commission developed and operated a thorium-powered molten salt reactor at Oak Ridge National Laboratories for over a year in the 1960s. The molten salt reactor program was canceled as the industry had already begun learning about the expansion of the Rickover reactor. There was also little interest in molten salt reactors as they weren’t good for growing plutonium, which was in great demand for the nuclear arms race at the time.

We should not rush to close our current nuclear power plants. They do a good job of providing a safe and clean supply of base load power. However, it is a bad idea to use state force to keep it going. Instead, all subsidies for any type of energy should be removed to allow the free market to function properly.

In addition, the federal government should complete the nuclear power industry’s promised Yucca Mountain facility in Nevada for the burying of nuclear waste.

Roy Minet, a Mount Joy resident, was the 2016 Libertarian Party candidate for Auditor General in Pennsylvania.

Success! An email has been sent with a link to confirm registration of the list.

Error! An error occurred while processing your request.