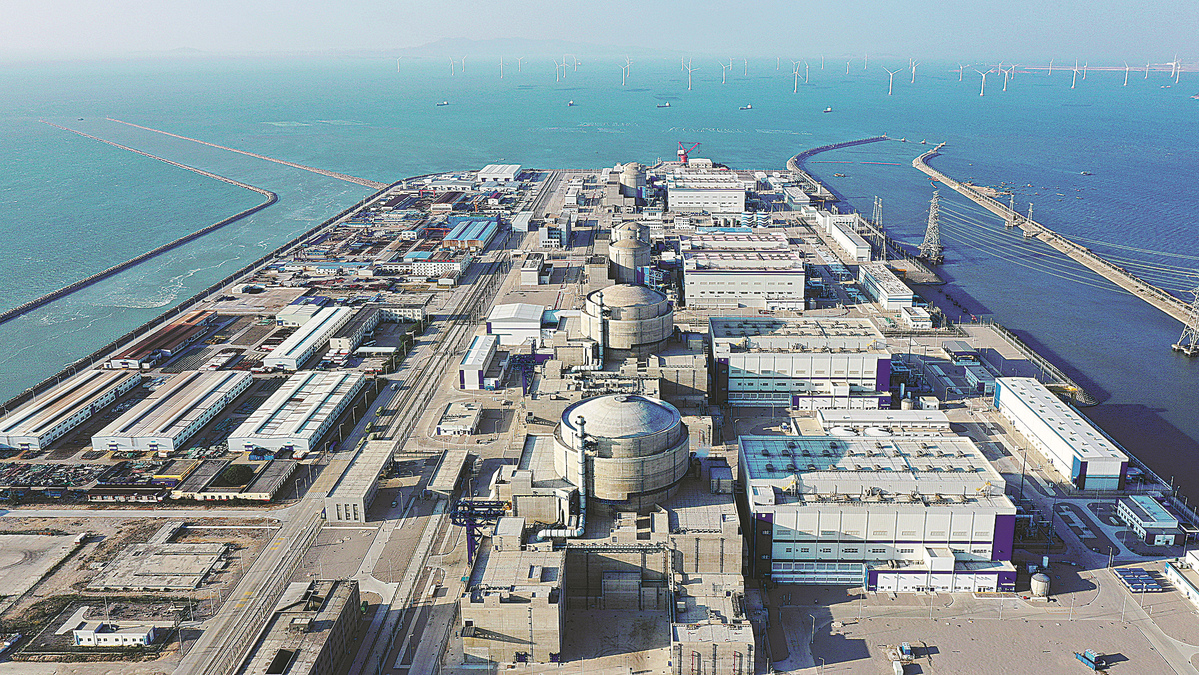 China is expected to further expand its installed nuclear power capacity during the 2022-25 period as the country goes full speed ahead with its green energy transition, eyeing carbon neutrality by 2060, said an industry group.

Prompted by the goal of peaking carbon emissions and achieving carbon neutrality, China is expected to approve six to eight new nuclear units each year between 2022 and 2025, said Wang Shoujun, president of the Chinese Nuclear Society, during the opening ceremony of the 29th International Conference on Nuclear Engineering held in Beijing on Tuesday.

Wang said that after more than 30 years of development, China has risen from being a novice to a pioneer in the nuclear power industry, with huge progress in localizing nuclear technology, including its third-generation Hualong One pressurized water nuclear reactor design, a Chinese reactor with full proprietary intellectual property rights, which is also one of the most widely accepted third-generation nuclear power reactors in the market.

Wang added that as a stable and reliable clean and low-carbon type of energy, nuclear power is an important energy source boosting China’s green development. As China continues pushing forward the goals of peaking carbon emissions by 2030 and achieving carbon neutrality by 2060, with more attention focused on energy security, it is believed that the nuclear power sector will see massive opportunities in the years to come.

China has become largely self-sufficient in numerous sectors, including reactor design and construction, as well as other aspects of the fuel cycle. It has also been working on exporting nuclear technology to the rest of the world, he said.

China saw its nuclear power generation capacity continue to expand in 2022, hitting a high of 166.3 billion kilowatt-hours in the first five months, an increase of 4.5 percent year-on-year, said the China Nuclear Energy Association.

An analyst said the ongoing global energy crisis has left many Western nations planning a return to nuclear power and China should make full use of its strengths in global nuclear energy cooperation to further boost its market advantages.

Wei Hanyang, a power market analyst at research firm BloombergNEF, said China also has ambitions to export its own nuclear technology to other countries in the future, especially when Hualong prototypes mature, so that more developing countries can enjoy zero-emissions power.

Nuclear power has further illustrated its pivotal role in the country’s energy mix since last year’s energy shortfall, and it is quite essential in ensuring the stability and consistency of a new power system dominated by new energy in the country, said Luo Zuoxian, head of intelligence and research at the Sinopec Economics and Development Research Institute.

Luo said China will continue its support for the nuclear sector considering the current policy direction, which has been leaning toward nuclear power, and there is substantial room for nuclear power to further expand on the global stage, as European countries are already shifting from banning the power-generating modality to restart it.