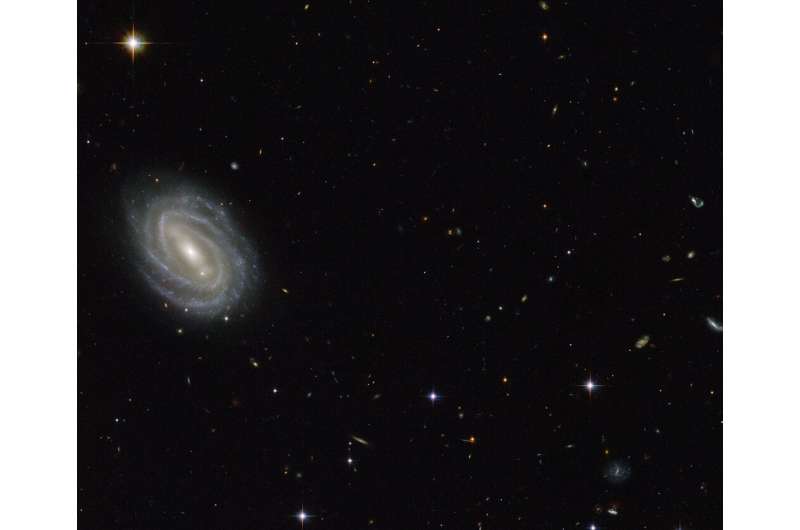 Dark matter makes up more than a quarter of universe, but remains shrouded in mystery.

It was an anomaly detected in the storm of a nuclear reactor so puzzling that physicists hoped it would shine a light on dark matter, one of the universe’s greatest mysteries.

However new research has definitely ruled out that this strange measurement signaled the existence of a “sterile neutrino”, a hypothetical particle that has long eluded scientists.

Neutrinos are sometimes called “ghost particles” because they barely interact with other matter—around 100 trillion are estimated to pass through our bodies every second.

Since neutrinos were first theorized in 1930, scientists have been trying to nail down the properties of these shape-shifters, which are one of the most common particles in the universe.

They appear “when the nature of the nucleus of an atom has been changed”, physicist David Lhuillier of France’s Atomic Energy Commission told AFP.

That could happen when they come together in the furious fusion in the heart of stars like our Sun, or are broken apart in nuclear reactors, he said.

There are three confirmed flavors of neutrino: electron, muon and tau.

However physicists suspect there could be a fourth neutrino, dubbed “sterile” because it does not interact with ordinary matter at all.

In theory, it would only answer to gravity and not the fundamental force of weak interactions, which still hold sway over the other neutrinos.

The sterile neutrino has a place ready for it in theoretical physics, “but there has not yet been a clear demonstration that is exists,” he added.

So Lhuillier and the rest of the STEREO collaboration, which brings together French and German scientists, set out to find it.

It was suggested that the missing neutrinos had changed into the sterile kind, offering a rare chance to prove their existence.

To find out, the STEREO collaboration installed a dedicated detector a few meters away from a nuclear reactor used for research at the Laue–Langevin institute in Grenoble, France.

After four years of observing more than 100,000 neutrinos and two years analyzing the data, the verdict was published in the journal Nature on Wednesday.

The anomaly “cannot be explained by sterile neutrinos,” Lhuillier said.

But that “does not mean there are none in the universe”, he added.

The experiment found that previous predictions of the amount of neutrinos being produced were incorrect.

But it was not a total loss, offering a much clearer picture of neutrinos emitted by nuclear reactors.

This could help not just with future research, but also for monitoring nuclear reactors.

Meanwhile, the search for the sterile neutrino continues. Particle accelerators, which smash atoms, could offer up new leads.

Despite the setback, interest could remain high because sterile neutrinos have been considered a suspect for dark matter, which makes up more than quarter of the universe but remains shrouded in mystery.

Like dark matter, the sterile neutrino does not interact with ordinary matter, making it incredibly difficult to observe.

“It would be a candidate which would explain why we see the effects of dark matter—and why we cannot see dark matter,” Lhuillier said.

Why shipbuilders are reaching for the nuclear option – The Telegraph

β-Aminoisobutyric acid (L-BAIBA) is a novel regulator of … – Nature.com