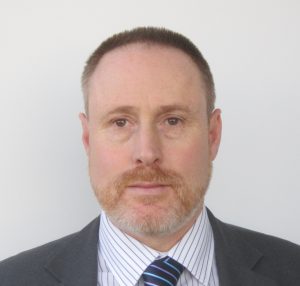 Nuclear energy has been assigned a major role in the UK’s energy strategy. But the strategy will fail unless the government supports and enables the delivery of small nuclear reactors alongside faster construction of large reactors.

In April 2022 the UK government set out its ambition to quadruple UK nuclear power generating capacity to 24GW by 2050. That will meet approximately a quarter of electricity demand if it remains the same as today. It is part of a strategy to improve energy security and fulfill the legally binding commitment to reduce national emissions to net-zero.

Then former prime minister Boris Johnson was reportedly frustrated by his chancellor Rishi Sunak’s determination to scrutinize the cost of new nuclear, which delayed the strategy’s publication. But scrutiny complete and the 24GW nuclear goal announced, in August Sunak declared himself a strong supporter of nuclear.

Now Sunak has the top job, and he needs to convert verbal support into practical action. Only one of the UK’s existing nuclear reactors, Sizewell B, is scheduled to continue operating after 2028 – although the current energy crunch could lead to short life extensions for the Hartlepool and Heysham 1 reactors.

By 2050, all the country’s nuclear electricity must be from new reactors. Building 24GW that almost will require an exceptional effort, embracing all available options.

And the challenge may be far greater: as part of our study, The path to zero carbon heat, for the Net Zero Infrastructure Industry Coalition in 2018, we estimated that full electrification of the UK economy will require 400GW total electricity generation capacity. 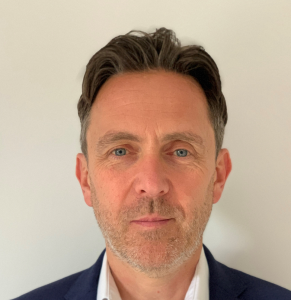 Hinkley Point C, currently under construction on the north Somerset coast, will provide 3.2GW of electricity from two pressurized water reactor (PWR) units. After a decade in planning, the project was approved for construction in 2016 and is now scheduled to enter operation in June 2027. An 8,000-strong workforce is being employed to build it, and the final construction bill is expected to be £27bn.

The government has identified eight sites across the UK suitable for new reactors – all existing nuclear sites – but statutory consultations and approvals will be required. That phase of the project cycle should be shorter than for Hinkley Point C but will still take years.

And building large-scale new nuclear power stations is slow, resource-intensive and expensive. Hinkley Point C’s owner/operator will be French energy giant EDF. It anticipates that the Hinkley supply chain and workforce will transition to the next new build project, the 3.2GW Sizewell C in Suffolk, which will be to the same PWR design. EDF recognizes that maintaining momentum, applying lessons learned and retaining skills will enable Sizewell C to be built 20% more efficiently.

Yet, at that speed and if building new reactors sequentially, the UK can complete only three or at most four new power stations by 2050, falling far short of the targeted 24GW.

An attraction of new nuclear projects is the opportunity to create new jobs and upskill people. However, the need for speed requires a larger workforce, with perhaps three times the current number of skilled workers able to work on new nuclear projects. If the UK economy cools and workers are laid off in other industries, recruiting the required numbers may be possible. But if the employment market as a whole remains hot, the construction industry will face the same challenge it has done for decades already: attracting enough talent to deliver the pipeline of infrastructure projects. Competition for people could be a significant barrier to progress.

The very scale of large nuclear projects is also problematic, causing severe distortions in local economies: housing, feeding, transporting and entertaining thousands of workers and supplying vast quantities of construction materials impacts communities both during and after construction. Impacts can be both good and bad – and must be carefully managed.

Small modular reactor (SMR) technology should have an important role to play in reaching the 24GW goal. SMRs typically have an output of less than 300MWe, although Rolls-Royce is developing a 470MWe unit. Whereas the reactor designs of Hinkley Point C and Sizewell C must be built in situ, the companies developing SMR designs say they will be factory built and delivered to site as ‘plug-in’ modules. With less construction, the time from project start to operation will be much shorter. Rolls-Royce says that its first 470MWe plant could be built for £2.5bn, falling to £1.8bn as its ‘production line’ gets up to speed. Build time will be between three and five years.

Rapid construction and a cost comparable to offshore wind per MWe of electricity generated are matched by other attractions. Many of the jobs created will be factory-based and able to tap existing manufacturing skills as the economy transitions from ‘old’ industrial technologies to new ones.

SMRs can be installed alongside existing operational and decommissioned nuclear and coal fired power plants, dispatching electricity using transmission infrastructure already in place. With regulatory approval and community consent, SMRs could be installed locally to meet industrial or consumer demand without the need for long-distance transmission and associated energy losses. And SMR designs offer faster output regulation than large reactors, making them attractive for balancing variations in wind and solar power production, as well as a source of base load.

However, to date, not one SMR has been completed anywhere in the world, so their promise is theoretical, not proven. In early November Rolls-Royce identified four priority sites in the UK, plus another four that are suitable, but no sites have yet been confirmed by government.

American regulators approved a SMR design by NuScale in 2020 and Rolls-Royce’s design is inching through the process of safety verification. But globally, approving new SMR technology is painstaking and slow. It is expected that technology vendors will collaborate and produce merged designs to speed deployment. International collaboration between nuclear regulators could further accelerate the pace: The vision for SMR technology vendors is to be able to supply the same plant globally with multinational approval.

At present the levelized cost of electricity (lifetime total cost divided by lifetime total production) for Hinkley Point C is forecast to be £106; £85 for Sizewell C; £65 for Rolls-Royce’s first SMR; and £53 for NuScale’s American SMR. The importance of decarbonising the energy system and building energy security mean that decisions about new nuclear energy can’t be made purely on cost: the UK requires large reactors and SMRs. If a pipeline of projects and a competitive supply chain can be created, the unit cost for both technologies should fall.

But only when the first PWR and SMR plants have been delivered will the true capital and operational costs be known.

The government can bring that point closer by:

With an electricity grid originally designed around large power plants, the best solution for the UK will likely be four large reactors including Hinkley Point C and Sizewell C, and multiple SMRs aggregated to deliver gigawatts of electricity. It looks possible based on construction industry capacity and technological readiness. However, this mix is ​​by no means assured. Government policy and practical support will determine what gets built and how fast.