NuScale Power Co. (NYSE:SMR – Get Rating) General Counsel Robert K. Temple sold 39,642 shares of the stock in a transaction on Tuesday, January 3rd. The shares were sold at an average price of $10.19, for a total value of $403,951.98. Following the completion of the transaction, the general counsel now owns 2,000 shares of the company’s stock, valued at $20,380. The sale was disclosed in a filing with the SEC, which is accessible through this hyperlink.

Separately, UBS Group began coverage on NuScale Power in a research note on Tuesday, October 25th. They issued a “neutral” rating and a $13.00 price target for the company. Two equities research analysts have rated the stock with a hold rating and three have assigned a buy rating to the stock. According to data from MarketBeat, the company currently has an average rating of “Moderate Buy” and a consensus target price of $16.25. 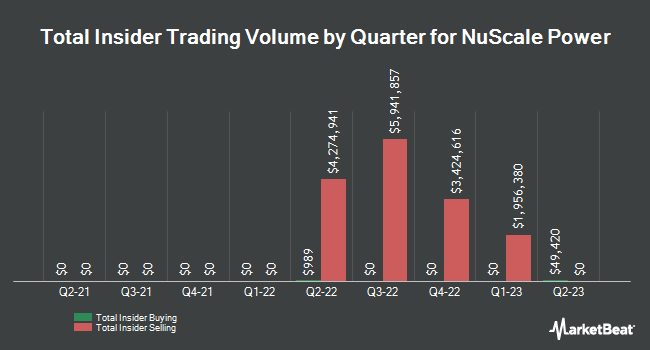 Before you consider NuScale Power, you’ll want to hear this.

MarketBeat keeps track of Wall Street’s top-rated and best performing research analysts and the stocks they recommend to their clients on a daily basis. MarketBeat has identified the five stocks that top analysts are quietly whispering to their clients to buy now before the broader market catches on… and NuScale Power wasn’t on the list.

While NuScale Power currently has a “Moderate Buy” rating among analysts, top-rated analysts believe these five stocks are better buys.