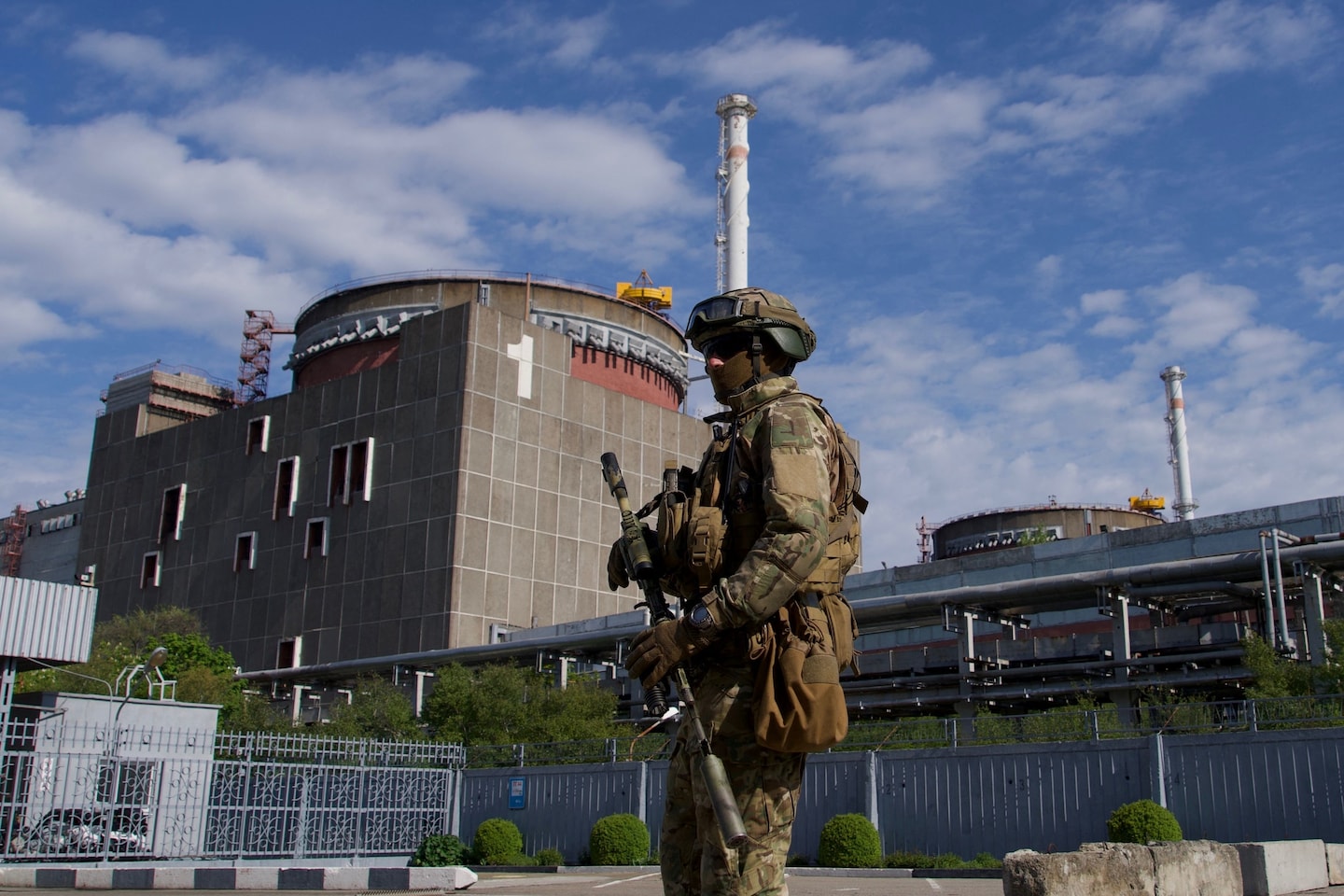 Grave alarm about a possible nuclear catastrophe in Ukraine is escalating and warranted. Artillery shells have been raining on the Zaporizhzhia nuclear power plant. They could strike it in a way that would disperse radioactive materials and cause widespread contamination — equivalent to a dirty bomb — or interfere with its pressurized water cooling system, leading to a meltdown. The plant, occupied by Russian forces, should be immediately demilitarized and isolated from the war.

The facility, the largest nuclear plant in Europe, was captured by Russia in March, although the Ukrainian staff remain on site. It was shelled sporadically between Aug. 5 and Aug. 11. Both sides have blamed the other. Notably, Ukraine has accused Russia of using the plant to stage attacks on neighboring towns and villages. Natalia Humeniuk, the army spokeswoman, told national TV, “We understand that the invaders are hiding behind such a shield because it is not possible to strike there.”

This is playing with fire. There is no precedent for an operating and fueled nuclear energy facility to be caught in an active war zone, although some research facilities, such as the Osirak reactor in Iraq, and unfinished reactors, have been military targets in the past. The Ukraine plan has six Soviet-designed VVER-1000 water-cooled reactors containing uranium-235. As of July 22, only two of the reactors were operating. The pressurized-water reactors are different from those in Chernobyl, which used a graphite-moderated reactor. This plant has a hardened containment system surrounding the reactors, which Chernobyl lacked.

But the dangers are very real. If the war — say an errant artillery barrage — caused a disruption in the water cooling or electric systems and backup generators did not work, the fuel rods in the reactors could rapidly heat up, leading to the first stage of a nuclear meltdown. Ukraine took steps to strengthen nuclear plant security after the 2011 Fukushima accident in Japan, but they may be insufficient to protect against a full-fledged war. A second vulnerability is the spent nuclear fuel. According to Reuters, a 2017 report to the International Atomic Energy Agency showed there were 3,354 spent fuel assemblies at the dry facility and around 1,984 assemblies in water pools, a total of more than 2,200 tons of nuclear material, not including the reactors. Should a bomb or artillery shell cut the water coolant, the threat would again be evaporation, rapid heating and possibly fire, spewing radioactive material into the environment, or an explosion that ripped open fuel rods, dispersing the uranium.

There’s no military gain from a nuclear accident — both armies are equally vulnerable to radiation and contamination, and so are innocent civilians. A nuclear mishap could leave the land uninhabitable for generations. The United Nations secretary general, António Guterres, has called for a demilitarized zone at the plant. Russia rejected the proposal on Friday. The United States and other Group of Seven nations have insisted Russia return the plant to Ukrainian control, as Ukraine has also demanded. Rafael Grossi, the head of the IAEA, told the UN Security Council that the agency should visit the plant immediately. “This is a serious hour, a grave hour,” he declared.

At Zaporizhzhia, it is a few minutes before midnight. A disaster must be averted.

The Post’s View | About the Editorial Board

Editorials represent the views of The Washington Post as an institution, as determined through debate among members of the Editorial Board, based in the Opinions section and separate from the newsroom.