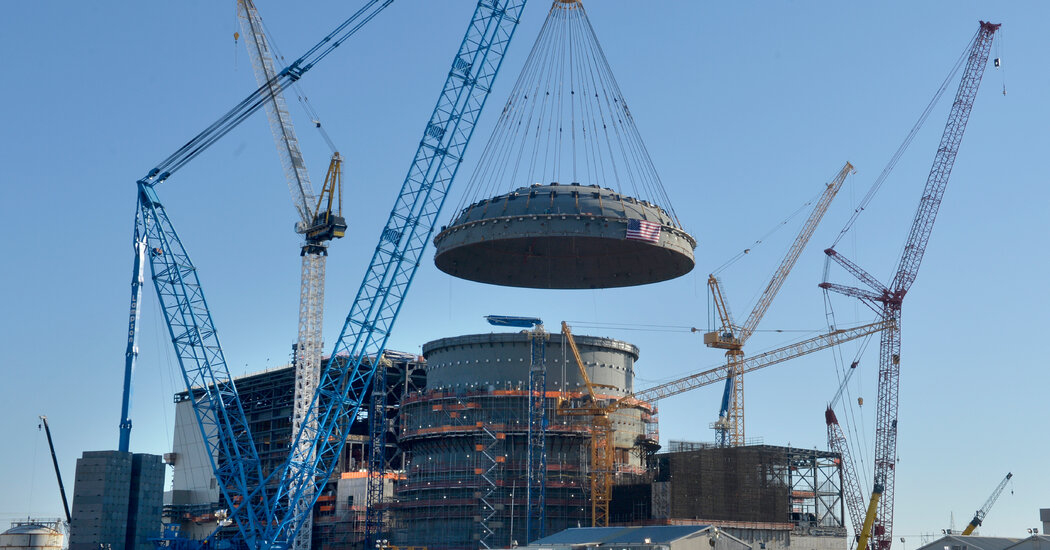 It is alarming to hear someone outside the nuclear industry casually assert, “Nuclear power is relatively safe, reliable and clean.”

Nuclear power is safe? There have been over 100 serious nuclear power accidents, including the Fukushima debacle, which could end up costing $1 trillion.

reliable? According to the Nuclear Regulatory Commission, the Diablo Canyon Power Plant, which insiders want to keep open, has been down 40 percent of the time over the last three years.

Clean? On the front end of the nuclear cycle, many have died and towns have been bulldozed because of radioactive contamination from the mining and milling of uranium. Nuclear power plants regularly discharge radioactivity into the atmosphere and pump billions of gallons of radioactive waste into rivers and oceans.

On the back end of the cycle, after half a century the nation still has no solution for how to safely store about 100,000 tons of highly radioactive civilian nuclear waste, which will remain lethal for millions of years.

Yes, nuclear power does not make sense, but for more powerful reasons than the claims that it is slow to build and not cost-efficient.

Farhad Manjoo claims that nuclear power is too slow to help solve climate change. As we learned making our new documentary, “Nuclear,” this potent and clean power is the fastest way to displace fossil fuels. In fact, France switched nearly its entire grid from fossils to carbon-free nuclear energy in just 15 years.

Building a wind turbine is fast, but you need thousands of them to equal a single nuclear plant, and because wind is intermittent you also need massive, expensive transmission upgrades and batteries — and, if we’re honest, a lot of natural gas, a fossil fuel. All the carbon-free energy sources are useful, but nuclear is uniquely suited to quickly knock fossil fuels off the grid. It’s proven.

What France already did, the world should do now.

Oliver Stone
Joshua S Goldstein
The writers are the director and co-writer of the documentary “Nuclear.”

I cannot agree more with Farhad Manjoo that “nuclear’s problems don’t mean we should shut down all nuclear plants; existing plants are quite valuable in our energy mix as we ramp up solar and wind.” However, nuclear plant operators around the world have to do much more than what they have done so far to ensure the safety of this viable energy generation technology.

Because of the double requirements of energy security and the growing need for decarbonization, many nuclear plants will be given life extensions. Germany will keep two of its three remaining nuclear power plants operational, and just recently, California lawmakers extended the life of the only operating nuclear plant, Diablo Canyon.

Based on my last 35 years of research experience in nuclear safety and visiting more than dozen nuclear reactors around the world, including Three Mile Island, Chernobyl and Fukushima, I would like to point out that two of these three major nuclear accidents with long-lasting Consequences — Three Mile Island and Chernobyl — were preventable and instigated by internal, not external, causes, which were primarily due to human factors, safety culture and regulatory oversight issues.

The world nuclear power industry and regulatory agencies need to double down their genuine efforts to improve human factors and safety culture considerations.

Najmedin Meshkati
los Angeles
The writer is a professor of engineering and international relations at the University of Southern California.

Had development of small-scale cookie-cutter nuclear power plants and nuclear batteries not been sidetracked by prejudice drawn from past misadventures and a focus on giant facilities, and had alternative sources of energy not been so massively subsidized, nuclear would have already displaced wind and solar.

Farhad Manjoo is correct that large-scale nuclear plants are problematic, but intermittent, unreliable energy generation is not a cost-effective, feasible replacement. The cost of standby backup is very high, and hopes for batteries as utility energy storage have founded on the competition for the scarce elements needed for their production.

One promising approach is to replace large-scale nuclear facilities with many smaller but safer, cheaper and more manageable ones. The $10 billion, 10-year planning and implementation cycle for a large nuclear plant in the West can be markedly reduced with small modular reactors (to approximately $1 billion, five years) and microreactors (approximately $100 million, three years). Nuclear power remains the energy source of the future.

Andrew I Fillat
Henry I Miller
Mr Fillat has worked for venture capital firms and information technology companies. dr Miller is a senior fellow at the Pacific Research Institute.

Farhad Manjoo made several important points about the problems with nuclear power, but failed to mention the devastating impacts that mining of uranium has on communities.

Uranium mining in northwestern New Mexico and northeastern Arizona during and after World War II and the Cold War left a disastrous legacy for Indigenous, primarily Native American, communities. Not only were uranium miners (many of whom were Native Americans) and their families sickened and killed by uranium dust from the mines in which they worked, but there are now more than 500 abandoned uranium mine and mill sites on and around the Navajo Nation.

These sites continue to pollute the air, soil, and ground and surface water of the communities where they are located, and the federal, tribal and state governments are currently spending hundreds of millions of dollars to try to remediate many of these sites.

Until these sites are cleaned up (to the extent that is possible), and unless uranium can be mined safely, there should be no mining of it for use in nuclear power plants.

As a retired nuclear engineer, I take issue with many points in Farhad Manjoo’s column.

Long construction time is not inherent in nuclear plants. In the 1960s I worked on Switzerland’s first nuclear power plant, Beznau I, which took four years from ground breaking to power generation. The plant is now in its sixth decade of successful operation.

Regarding South Korean operators reducing nuclear power “in anticipation of a massive typhoon,” I wonder how many windmills and solar panels would still have been serviceable after it passed. Yes, batteries can store renewable power. They can also store nuclear power.

Bottom line: This is not an either/or issue. There is plenty of need, and room, for both nuclear and renewable energy sources.

Why does Biden continue to hold back the nuclear energy industry?