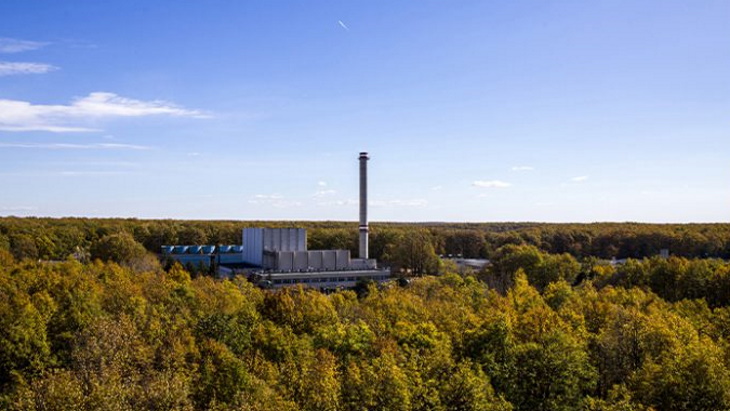 A consortium made up of Italy’s Ansaldo Nucleare and Romania’s Reinvent Energy has received an order worth around EUR 20.0 million (USD 22.5 million) for the planning, procurement, installation and commissioning of a research facility for the development of lead-cooled reactors. The Advanced Thermo-Hydraulics Experiment for Nuclear Application (ATHENA) is being built at the RATEN-ICN research center near Pitesti in southern Romania.

The RATEN-ICN facility in Mioveni, near Pitesti, Romania (Image: RATEN-ICN)

ATHENA will be a 2.21 MWt pool system containing 880 tons of liquid lead in a main ship with a diameter of 3 meters and a height of 10 meters. It will include full-scale components for testing and demonstrating lead fast reactor (LFC) technology.

The consortium Ansaldo Nucleare and Reinvent Energy is supported by the Italian National Agency for New Technologies, Energy and Environment (ENEA) and SRS Servizi di Ricerche e Sviluppo srl in the conceptual and executive design of the technological part. It is also supported by the Romanian Institute for Studies and Power Engineering and Somet for planning construction and installation works.

The approximately two-year project includes the construction of an electrical core simulator, a main pump and a heat exchanger similar to the arrangement of the Advanced Lead-cooled Fast Reactor European Demonstrator (ALFRED) system.

In addition, the system will be equipped with a water cooling circuit to ensure representative conditions on the secondary side of the heat exchanger. The most important scientific goals of ATHENA concern the research and development needs (e.g. chemical control, lead / water interaction) as well as stationary and transient tests of thermohydraulic phenomena that occur during normal operation and the disturbance conditions of an LFR reactor.

“The ATHENA project will bring to light the largest facility in Europe for research into LFC technology,” said Luca Manuelli, CEO of Ansaldo Nucleare. “The experimental results obtained will be crucial to support the development of ALFRED in Romania and in Europe. In line with our NewClear vision, the collaboration between research centers and major industrial companies will bridge the gap for a faster deployment of advanced nuclear technologies with small modular reactor properties towards a cleaner, safer and more sustainable role for nuclear energy in the European energy transition. “

Catalin Ducu, General Manager of RATEN-ICN, added: “ATHENA is the first step in a complex technological infrastructure that will better understand and validate the physics and engineering of the next generation of lead-cooled nuclear power plants. ATHENA is a first milestone in the ambitious ALFRED infrastructure project and represents a great opportunity for the South Muntenia region for the development of highly qualified Romanian specialists as well as for the European research and development program. “

“Romanian industry is heavily involved in this important project, so we are honored to make this significant contribution,” said Marius Gheorghiu, General Manager of Reinvent Energy. “Together with our partners, we believe in a healthy green future, built with sustainability, quality and innovation.”

A 300 MWt ALFRED demonstration plant is being built at ICN’s Mioveni facility near Pitesti, where a fuel production facility is in operation for the country’s two operating Candu reactors. ALFRED is the prelude to an industrial demonstration plant of approx. 300-400 MWe. The lead-cooled reactor will use mixed oxide fuel and operate at temperatures around 550 ° C. It has passive security systems. The total cost of the project is estimated at around EUR 1.0 billion (USD 1.1 billion).

The design of the ALFRED reactor and the integrated project were led by Ansaldo Nucleare as part of the 7th Euratom Framework Program. ENEA carried out the core design, technological development and safety analyzes through numerical and experimental approaches.

The reactor is being developed as part of the European Sustainable Nuclear Industrial Initiative (ESNII), which brings together industrial and research partners in the development of the so-called Generation IV Fast Neutron Reactor technology as part of the EU’s Strategic Energy Technology Plan. ESNII was founded under the umbrella of the technology platform for sustainable nuclear energy, which was founded in 2007 and brings together more than 90 actors involved in nuclear fission.

BAP1 forms a trimer with HMGB1 and HDAC1 that modulates the gene × environment interaction with asbestos – pnas.org