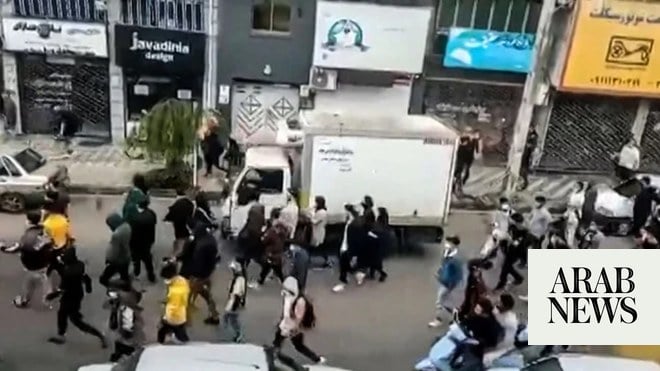 RAMALLAH: An unprecedented number of Palestinians killed by Israeli forces this year has sparked growing concern among Palestine watchers who warn that unjustifiable Israeli action will invariably lead to more violence and destabilization in the region.

In the West Bank alone, 156 Palestinians have been killed in the past 11 months, with most of the victims not involved in armed clashes or even stone-throwing incidents, Palestinian sources told Arab News.

Israeli armed forces, Palestinian sources and experts claim that the rules have changed, making it easier to open fire when they feel threatened, and to shoot to kill, even when they are able to injure the attacker from a distance.

Palestinians are deeply worried that Itamar Ben-Gvir, Israel’s recently appointed security minister, is in charge of the border police in the West Bank, and see a link between his new role and the sharp rise in killings.

Although the US, EU, UN and Arab League have expressed outrage over Israel’s lethal use of force, most Palestinians believe sharp international criticism is unlikely to stop or even limit Israel’s anti-Palestinian violence.

Shadi Othman, a spokesman for the EU in Jerusalem, told Arab News that the Palestinian territories have recorded killings not seen since 2006, and said that the European bloc’s concern stems from the lack of accountability over the deaths of Palestinians at the hands of Israeli forces .

“We are concerned by the absence of any indication or evidence of a serious investigation and accountability of those who use excessive force, which contributes to increasing tension and a sense of insecurity among Palestinian citizens, which negatively affects the stability of the security situation in the Palestinian territories,” Othman said.

A Fatah leader who witnessed the first and second intifadas told Arab News that the Israeli army’s decision to “kill Palestinians rather than arrest them” is behind the rising death rate.

“Most of those killed could have been arrested,” he said on condition of anonymity.

“What worries me is that the killing of Palestinians is carried out for the most trivial reasons and without justification in most cases, to the extent that you feel that the Israeli soldiers are out on a hunting trip to kill Palestinians,” he said.

Maj. Gen. Adnan Al-Damiri (retired), a former spokesman for the Palestinian security forces, said that the Israeli ideological belief that killing non-Jews is not considered murder has contributed to the rise in the number of deaths.

He accused the Israeli media of creating panic and fear among Israelis that Palestinians want to kill them.

“And for this reason, they are rushing to pull the trigger and shoot, taking advantage of the absence of trial and accountability for soldiers and settlers who kill Palestinians,” he said.

Al-Damiri said that the 3 million people living in the West Bank are afraid that any of them could be the next victim, either at the hands of the army, police or Israeli settlers.

Human rights activist Amer Hamdan from Nablus told Arab News that traveling on the Nablus-Ramallah road is fraught with danger for Palestinians because of a heavy deployment of settlers and Israeli soldiers.

“When I travel from Nablus to Ramallah, I drive my vehicle with caution, focus and attention so that a settler or soldier does not misunderstand my driving for targeting him and shoots me at a crossroads or a pedestrian path or a junction,” he said .

Hamdan criticized the Palestinian Authority’s reactions to the killings of Palestinians, which were limited to expressing pain, condemnation and denunciation.

“The task of the Palestinian leadership is not to assume the role of a journalist or social activist to analyze or condemn and denounce, but instead it must take measures to protect citizens, and if it is unable to do so, it must not prevent citizens from protecting themselves by the means they see fit,” he said.

The Palestinian Authority and its 35,000 personnel deployed in the West Bank are facing growing criticism over their apparent inability to protect Palestinians.

Israeli political analyst Yoni Ben Menachem told Arab News that there has been no change in orders to Israeli soldiers to open fire on Palestinians, and expects that the new Israeli government, to be headed by Benjamin Netanyahu, will pursue a more stringent security policy toward Palestinians than the current leadership under Yair Lapid.

He said the military doctrine adopted by the Israeli army forces is based on the fact that “anyone who thinks of killing or tries to kill Jews must realize that he will be killed.”

Eyal Alima, an Israeli military expert, told Arab News that the high death toll among Palestinians is due to two reasons — the intensification of Israeli military activities in the West Bank to arrest wanted persons, and the accompanying armed clashes and stone-throwing incidents, as well as the army’s determination to stop Palestinians breaching the separation wall between the West Bank and Israel, and to shoot and kill intruders.

Alima said that 60 percent of the Israeli army forces currently operate in the West Bank, where 26 combat and 86 reserve battalions are deployed.

“The size of the Israeli army forces deployed in the West Bank leads to great friction with the Palestinian citizens, and thus increases the number of wounded and dead among them,” Alima said.

Israeli military and security leaders expect a further deterioration in the security situation in the West Bank in coming weeks, and an increase in the number of attacks on Israeli army forces and settlers, which means a continued rise in the killing of Palestinians.

Learn about secrecy, spies on Dec. 17