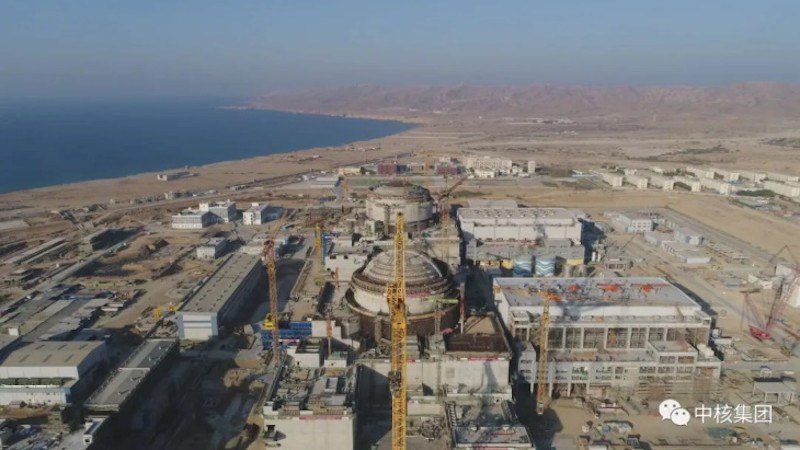 Block 2 of the Pakistani nuclear power plant in Karachi was synchronized with the power grid on Thursday. The China-designed Hualong One reactor – the first of two reactors to be built on site – is slated to go into operation by the end of this year. Karachi 2 and 3 are the first exports of the Chinese Hualong One design advertised in the international market as the HPR1000.

Karachi 2 and 3 are being built under a roughly $ 9 billion contract signed in 2013 between the China National Nuclear Corporation and the Pakistan Atomic Energy Commission. Construction of Unit 2 began in 2015 and Unit 3 in 2016. Installation of the reactor internals of Karachi 2 was completed in January 2019, while the installation of Unit 3 was completed in April last year.

In December 2019, 2 cold function tests were carried out in Karachi to confirm whether safety-related components and systems are properly installed and operational. The main purpose of these tests was to check the tightness of the primary circuit. On September 4th, the hot function tests were completed, during which the temperature of the reactor coolant system was increased and extensive tests were carried out to ensure that the coolant circuits and safety systems were functioning properly. Hot tests simulate the thermal working conditions of the power plant and ensure that the core island and conventional equipment and systems meet the design requirements.

The process of loading a total of 177 fuel assemblies into the core of Karachi 2 began on November 28th last year. The reactor reached its first criticality on February 28th – an initial sustained chain reaction. A number of commissioning tests have been carried out since then.

It is expected that four Hualong One units – Fuqing 5 and 6 in Fujian Province and Fangchenggang Units 3 and 4 in Guangxi Province – will be connected to the Chinese grid by the end of 2022. Fuqing 5 was connected to the grid on November 27th, after reaching the first criticality on October 21st and commissioning on January 30th. CNNC has also started construction of two Hualong units at its Zhangzhou plant in Fujian Province and the first of two units in Taipingling, Guangdong.

General Nuclear Services – a subsidiary of EDF and China General Nuclear – proposes to use the HPR1000 in a future new nuclear power plant in Bradwell, England.

The Compound That Can Even Set Fire to Glass