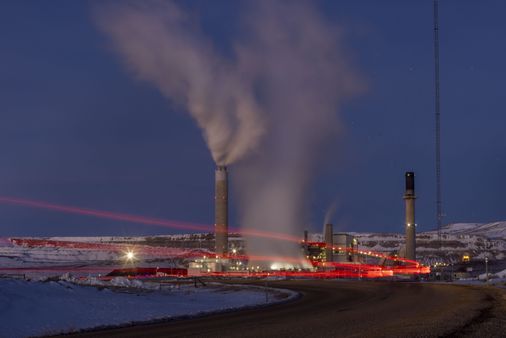 Part of the solution to climate change is nuclear power

“Better Active Today than Radioactive Tomorrow” read the sign I held as I joined other environmentalists in the fall of 1977, marching in opposition to the construction of a nuclear power plant in Seabrook, NH Two years later, the opposition to nuclear power had spread broadly. First, there was the 1979 movie “The China Syndrome,” which questioned the safety of nuclear power plants. Days after its release, there was the partial meltdown of Three Mile Island in Pennsylvania. The nuclear accidents at Chernobyl Power Plant in Ukraine in 1986 and the Fukushima Daiichi Nuclear Power Plant in Japan in 2011 later added to the antinuclear chorus within the environmental community.

But if I had known in the ’70s what I know today, I might well have been on the other side of the street holding a sign reading: “Better to Build It Today than to Leave a Scorched Earth Tomorrow.” Yes, progress is being made in the climate battle. Solar, wind, and other clean energy technologies are advancing. The public is alarmed and calling for action. Governments and corporations are setting target dates for achieving net-zero CO2 emissions anywhere from 2035 to 2050. That’s all great.

But it’s not nearly enough, and time is running out. Europe is in the midst of an historic heat wave. There are severe drought conditions across Africa and the United States. In the recently released United Nations State of the Climate report showing that key climate indicators set new record highs in 2021, Secretary General António Guterres put it starkly, “The global energy system is broken and bringing us ever closer to climate catastrophe. . . . We must end fossil fuel pollution and accelerate the renewable energy transition before we incinerate our only home.”

Get Weekend Reads from Ideas

A weekly newsletter from the Boston Globe Ideas section, forged at the intersection of ‘what if’ and ‘why not.’

In order to avoid cataclysmic climate failure, the world community must broaden its clean energy arsenal and accelerate technological advances. Environmentalist Bill McKibben summed it up well: “There’s no silver bullet, only silver buckshot.” Nuclear must be part of the buckshot.

That means keeping most of today’s approximately 440 nuclear plants running around the globe, including 54 in the United States. And it means accelerating the development of new advanced technology plants. Yes, there are safety concerns with nuclear energy reactors, if they are not properly managed and regulated — facility security and, perhaps most especially, radioactive waste disposal among them.

But consider the safety record. Hundreds of nuclear plants around the world have functioned without safety problems for seven decades. In 18,000 cumulative reactor years of commercial nuclear plant operation, there have been two major reactor accidents — Chernobyl and Fukushima.

Those accidents and the operating malfunction at Three Mile Island have received much attention. But consider: In Chernobyl, there were 30 to 60 radiation-induced deaths from a technology that couldn’t pass license today, even in the former Soviet Union. More than 40 years after Three Mile Island, there is no evidence of lingering health effects. And although there were thousands of deaths during a panicked, tsunami-driven evacuation at Fukushima, only one death was the result of radiation exposure.

Yet a recent study found that burning fossil fuels caused about 8.7 million premature deaths in 2018 alone. And how many more lives have been lost in wars sparked by the world’s thirst for fossil fuels? We see it in Ukraine today. In response to Fukushima, Germany turned away from nuclear power. The National Bureau of Economic Research has concluded that Germany experiences 1,100 additional deaths every year and $12 billion in annual social costs due to its move away from nuclear power.

Over 50 percent of the low-carbon electricity generation in the United States comes from today’s nuclear reactors. They play an increasingly critical role in addressing the intermittency of wind and solar generation and offer the promise of providing heat for industrial purposes, the most challenging decarbonization challenge we face.

Moreover, technology is advancing with a focus on Advanced Small Modular Reactors that make the siting and financing of these projects more achievable, as well as the development of new cooling technologies that make them safer. Advances in sustaining fusion at nearly industrial scale at the Joint European Torus facility in Britain earlier this year have been hailed as “groundbreaking” and “major breakthroughs” by scientists at leading nuclear science and engineering institutions around the world.

But more can be achieved. The inclusion of the civil nuclear credit program in the bipartisan infrastructure law to support the continued safe operation of the nation’s 92 nuclear reactors is a good start. Passage of legislation proposed by US Senators Sheldon Whitehouse of Rhode Island and Cory Booker of New Jersey to advance further research and commercialization efforts for new technologies could have a substantial impact. And other measures, such as loan guarantees, access to federal lands, and tax credits, can add to the progress.

James Hansen, the former head of NASA and the scientist who first called attention to the climate crisis at a congressional hearing in 1988, has been a consistent proponent of nuclear energy and its essential role in a carbon-free energy future. “The future of our planet and our descendants,” Hansen wrote, “depends on basing decisions on facts and letting go of long-held biases when it comes to nuclear power.” More environmentalists should set aside their decades-old biases and join the chorus.

In the shadow of Pilgrim nuclear plant, EPA warning reverberate – The Boston Globe

Despite its High Interest, Russia Achieves Little in Oil and Gas Sector in Africa