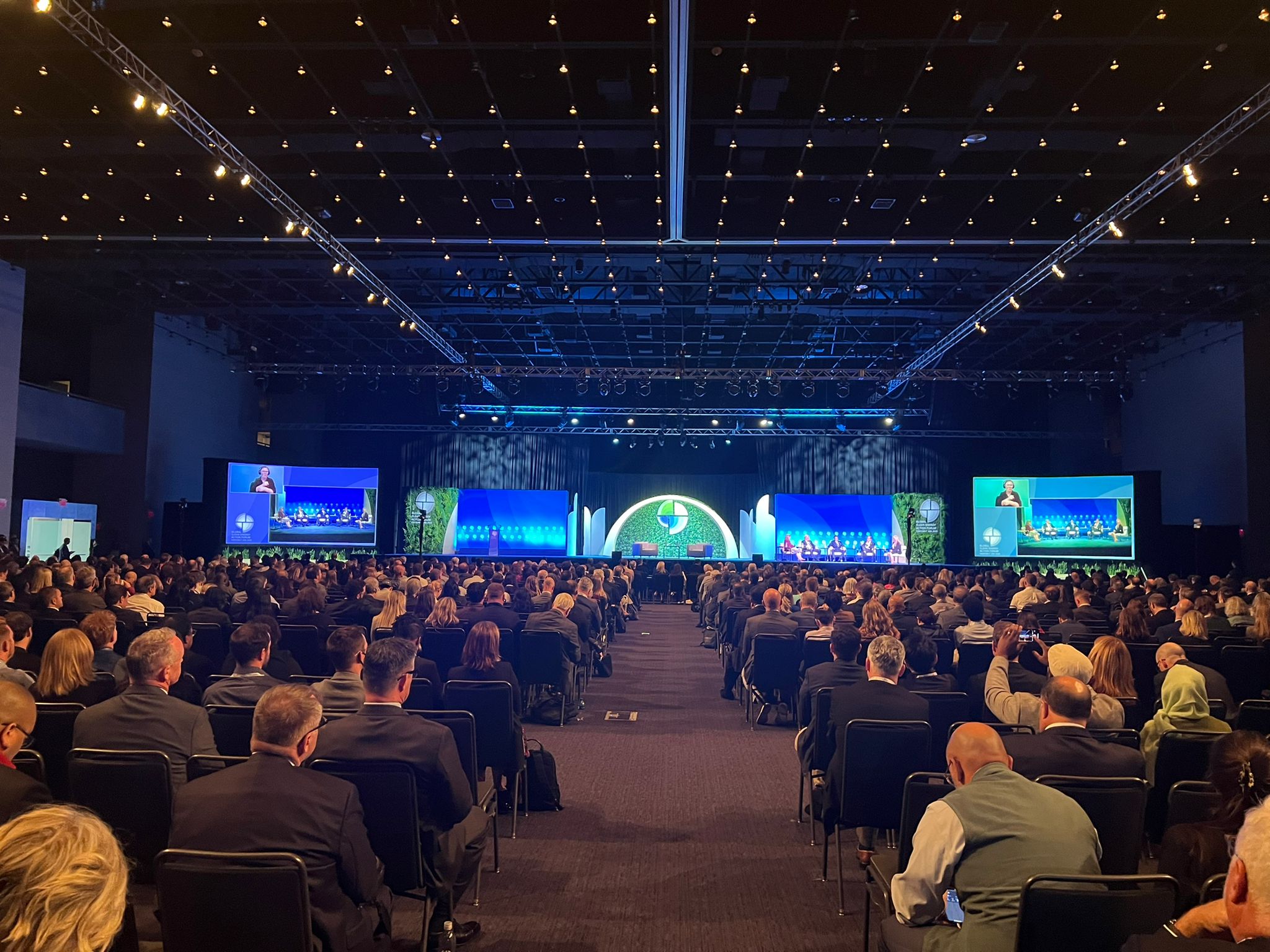 Nuclear energy has an important part to play in addressing both the energy and climate crises, and public acceptability for the technology is improving, IAEA Director General Rafael Mariano Grossi told the Global Clean Energy Action Forum (GCEAF) on Thursday. Addressing the forum as a panellist at the ‘Clean Energy Transitions as a National Security Imperative’ main stage event, Mr Grossi spoke about increasing global acceptance of nuclear energy, the IAEA’s ongoing efforts in Ukraine and his upcoming participation at the United Nations climate conference in Egypt this November.

The Global Clean Energy Action Forum, convened jointly by the 13th Clean Energy Ministerial and Seventh Mission Innovation ministerial, is being hosted for the first time by the United States of America and held in Pittsburgh, Pennsylvania. The three-day event is a gathering point for governments, international organizations, the private sector, academia, innovators, civil society, and early career researchers and policymakers to discuss energy transitions. Mr Grossi presented the role of nuclear energy for effective decarbonization.

In parts of the world, the public perception of nuclear energy is shifting, even among countries that have sought to end their use of the technology. A recent poll in Germany by Der Spiegel, found three-quarters of all Germans now favor continuing operation of the country’s last three existing nuclear power reactors for another five years, and 41 per cent of Germans said they are in favor of building new nuclear power plants. In Japan, more than 60 percent of people now support a restart of the country’s nuclear power program, citing decarbonization as a main reason.

Joined on the panel by Ukraine Minister of Energy German Galushchenko; Singapore Second Minister for Trade and Industry Tan See Leng; Franklin Templeton Global Head of Sustainability Anne Simpson and RMI Managing Director Sarah Ladislaw, Mr Grossi spoke about the drivers for this shift in perception and mentioned a heightened sense of urgency for climate action and the growing interest of emerging nuclear technologies such as small modular reactors ( SMR’s).

SMRs are advanced nuclear reactors that have a power capacity of up to 300 megawatts per unit. They are physically a fraction of the size of a conventional nuclear power reactor and their systems and components can be factory-assembled and transported as a unit for installation. Both public and private institutions are actively trying to bring SMR technology to fruition within this decade and today there are more than 70 commercial SMR designs being developed around the world. Mr Grossi explained how the IAEA is helping facilitate this process through its Nuclear Harmonization and Standardization Initiative and supports the development of nuclear energy.

Mr Grossi also revealed to GCEAF that the IAEA will hold a pavilion at the upcoming United Nations climate conference, COP27, to be held in Sharm El-Sheikh, Egypt this November. Today, nuclear energy plays a critical role in the fight against climate change and has helped mitigate over two gigatonnes of CO2 emissions per year over the past decade, he said. Mr Grossi spoke of the importance of having nuclear at the climate discussion table and said that for some countries nuclear represents a powerful and realistic tool for decarbonisation.

The Director General’s presence at the GCEAF follows his visit to New York earlier this week, where he met with leaders and foreign ministers to build support for the establishment of a nuclear safety and security protection zone around Ukraine’s Zaporizhzhya Nuclear Power Plant. Mr Grossi explained to the GCEAF the IAEA’s nuclear safety and security work in Ukraine and emphasized the need for this zone.

Beyond the panel, on Friday at the GCEAF Mr Grossi also took part as a speaker in the ‘Nuclear Energy’s Role in Pathways to Net-Zero’. The side event looked at achievable and rapid pathways to an integrated carbon neutral energy system, highlighting the many roles of nuclear innovation and other low- and zero-carbon technologies in addressing climate, energy security, and societal needs. In his address he emphasized the importance of synergies between industries and regional organisations, such as the World Nuclear Association and United Nations Economic Commission for Europe. He said a united and coordinated approach was needed for countries to meet their net-zero ambitions and that nuclear energy has an essential role to play in such efforts.

Mapped: Nuclear Reactors in the US – Elements by Visual Capitalist