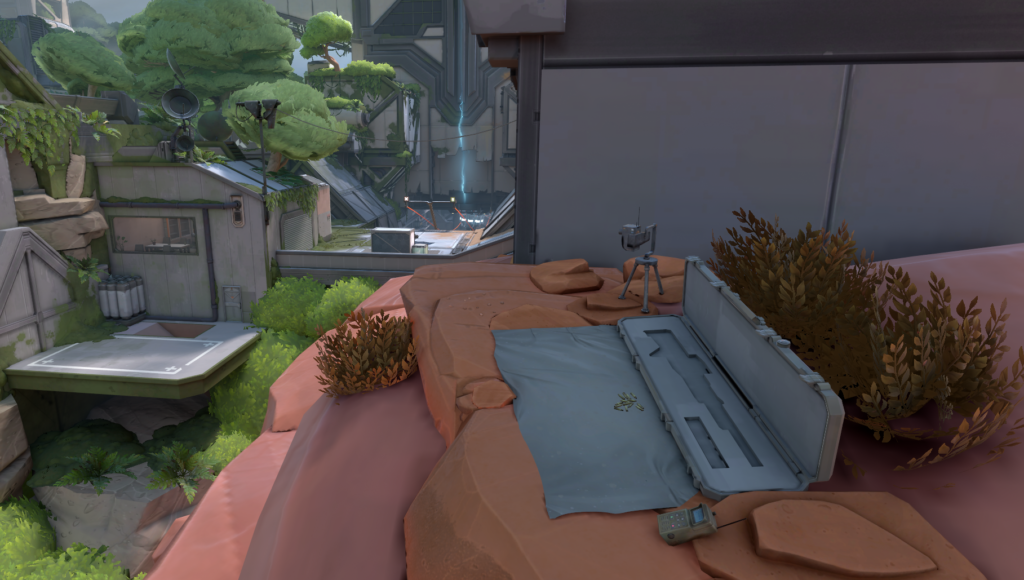 VALORANT Lore enthusiasts will have fun with this one.

VALORANT’s upcoming card, Fracture, is set to go live next week with Episode Three, Act Two. And theorists are sure to scour the landscape for treats and Easter eggs. However, a potential teaser can also indicate that a well-dressed agent is in sight.

The following sections contain spoilers and theories. Anyone looking to scour Fracture and make their own guesswork should wait for the map to go live.

The Fracture trailer, which premiered earlier this week, featured a mysterious voice telling how two bullets collided from opposite directions to destroy a reactor. Riot previously teased a picture of a snazzy character named Deadeye in the Year One Anthem wearing glasses, combed back hair, and a long-barreled gun on his shoulder. While Riot hasn’t confirmed anything yet, a teaser on the outskirts of Fracture appears to support that theory.

By using Ghost Mode to escape the boundaries of the map, players can see two gun cases, two old cell phones, and what appears to be two cameras installed on opposite sides of Fracture. And each area has a perfect vantage point of the reactor in the center of the map. This suggests that the new agent, and possibly his mirror version, were linked to jointly destroy the reactor.

Fracture likely got its name from a huge rift that divides the map into two landscapes, one arid and desert-like, the other filled with overgrown foliage. But it goes further than just two separate ecosystems. Certain Easter eggs suggest that these two landscapes actually represent Earth-1 and its reflection, or Alpha and Omega. 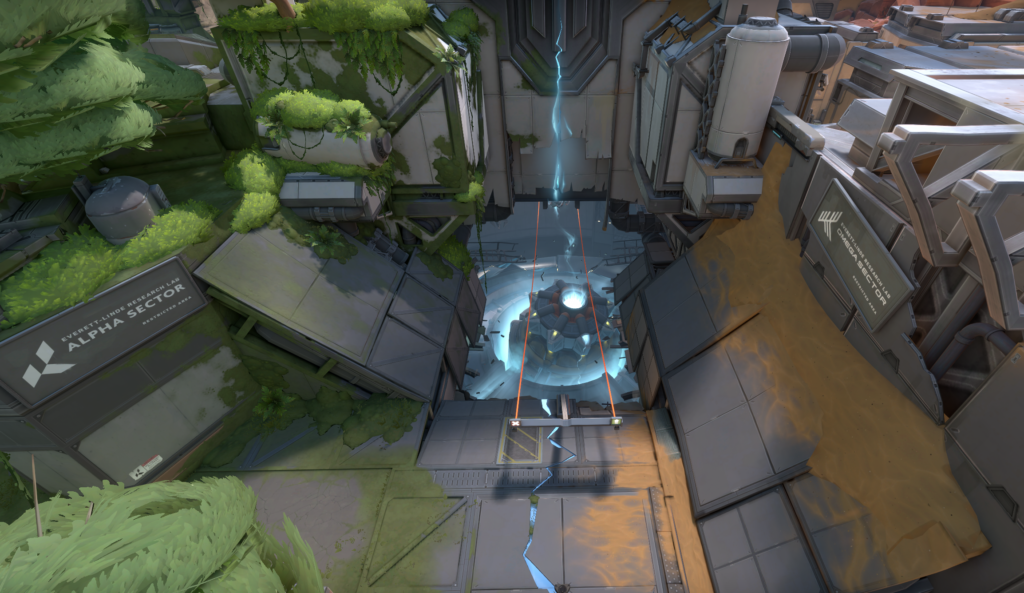 Scattered all over the map are signs reading “Alpha Sector” in the lush green sections and “Omega Sector” in the sandy desert sections, paired with the Kingdom logo (which also varies depending on the side). And posters on the wall suggest that the two worlds have different views of life. Alpha posters read “Earth, Save Our Future” and “Dare to Dream”, while Omega posters take on an authoritarian tone, with “talk less, do more” and “enforce routine, teleport cleanly”.

Riot also added a couple of interactable objects, suggesting that Kingdom is aware of the existence of both worlds. In the defenders spawn during the purchase phase, players can read two telling messages from computers on opposite ends. On the alpha side, a message from the K-SEC team welcomes a man named Oran McEneff to the Everett-Linde research lab and says he’ll be hooked up with Ruben Pontes on the Omega side. The computer on the Omega side is connected to Pontes’ inbox, where McEneff asks him to “go through the Easter support structure” and “check everything out”. 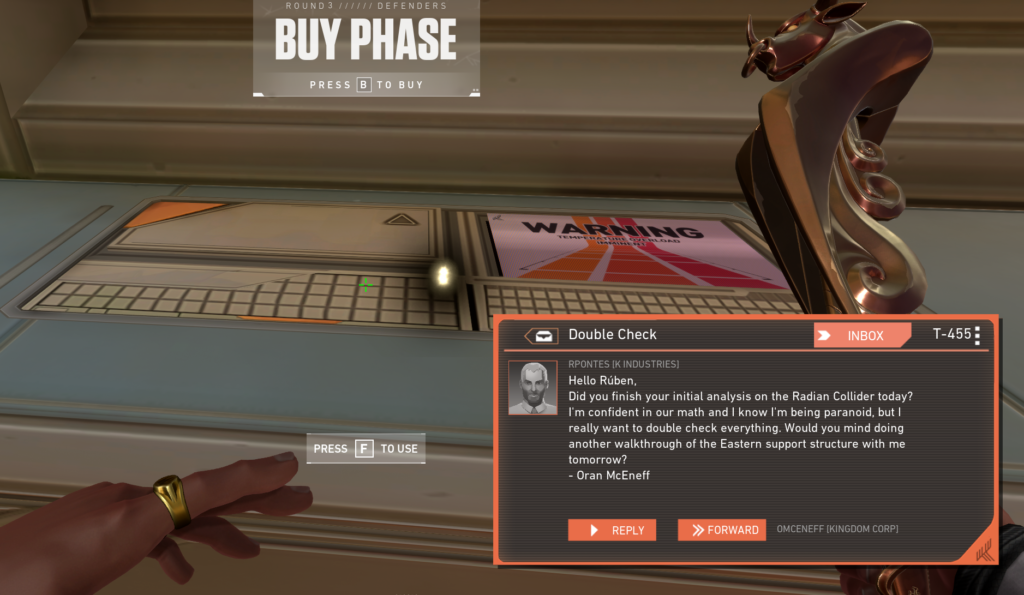 This subtle interaction likely confirms that Kingdom plays a role in the Spiegelverse conflict, in which the Radianite camp of Earth-1 is attacked by the Mirror Agents. But that obviously leaves fans with a lot of unanswered questions. How exactly is Kingdom involved? Why did the mysterious agent destroy the Radian Collider and were they working with their mirror version? Where are all the residents of the Everett Linde Research Laboratory now? And what was McEneff so paranoid about?

While Riot has yet to confirm any of these theories, more VALORANT lore is likely to be on the horizon. For fans who want to get into Fracture and continue the treasure hunt, the map goes live with patch 3.05 on September 8th.

Not so fast, Minister – Nersa to Gwede Mantashe on the 2nd … – Daily Maverick

Walk with the nuclear dog …