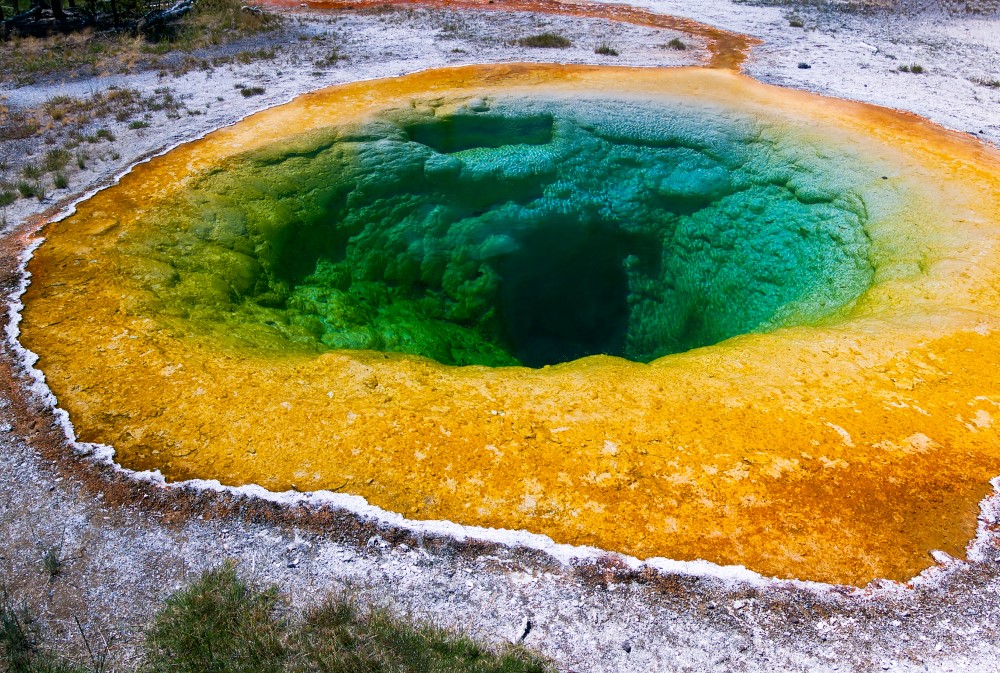 Promise of super algae Galdiera – from volcanic springs to your plate

A microalga originally isolated from volcanic springs has everything it takes to become the next “superfood” on the market. Compared to spirulina – a similar organism that has been popular as a dietary supplement for half a century – Galdieria is cheaper, easier to grow, and even more nutritious. In a closed reactor, it can convert organic waste into valuable proteins. These are the conclusions of Fabian Abiusi’s doctoral thesis from the Bioprocess Engineering group at Wageningen University & Research. He will defend his thesis this Monday, March 29th.

“Microalgae-based products have been around for a long time,” says Fabian Abiusi, a biotechnologist from Italy, “but in general they are expensive to make. When these algae are grown in the dark, they only convert half of their organic substrate to biomass. When grown under lighting and using carbon dioxide, they generally give low biomass densities. Both strategies require an expensive system for efficient gas exchange. In my doctoral thesis, I developed a new cultivation method for microalgae that doubles productivity and halves production costs at the same time. “

The trick, as Abiusi explains, is to grow the microalgae in what is known as a mixotrophic photobioreactor: a reactor that supplies its algae with light and an organic substrate such as sugar. Like all plants, microalgae use sunlight as an energy source to convert carbon dioxide into organic molecules and oxygen. This process is known as photosynthesis. In the dark, however, the opposite happens: Plants consume oxygen and organic molecules and release carbon dioxide. Industrial fermentation uses this latter principle to produce various biomolecules such as proteins, drugs or alcohol from an organic substrate.

“In these processes, only half of the organic carbon is normally converted into biomass, while the other half is lost as carbon dioxide,” says Abiusi. “In a mixotrophic photobioreactor, however, the production of oxygen via photosynthesis can be linked to the oxygen consumption in the cell metabolism. Similarly, almost all of the carbon dioxide produced by the microalgae is reused for photosynthesis, making this process almost climate-neutral and very efficient. You have twice the productivity without the need for electrical energy for ventilation or carbon dioxide. “

As an added bonus, Galdieria is much higher in protein than Spirulina. Abiusi and colleagues discovered this by unraveling the complete profile of the amino acids in the microalgae – their protein building blocks. “Two thirds of the dry weight of Galdieria are amino acids,” says Abiusi, “which is more than meat, milk, cheese and eggs.” In particular, the microalga contains a lot of cysteine ​​and methionine, two sulfur-containing amino acids that it owes due to its development in volcanic springs rich in sulfur. Abiusi: “These amino acids are limited in plants, which is one of the reasons why it is difficult for us to derive a balanced diet from a plant-based diet.”

In conclusion, according to Abiusi, Galdieria could be the next superfood. It has the potential to feed the world, improve human health, switch to a more plant-based diet, reduce energy consumption, and make good use of organic waste. “We now have proof of principle,” concludes the bio-engineer. “I’m working with a startup in Wageningen called Algreen to optimize and scale the process, using food waste as a substrate. We expect approval from the European Food Safety Authority in the course of next year. In a few years, you will find Galdieria products on the market, I have no doubt about that. “