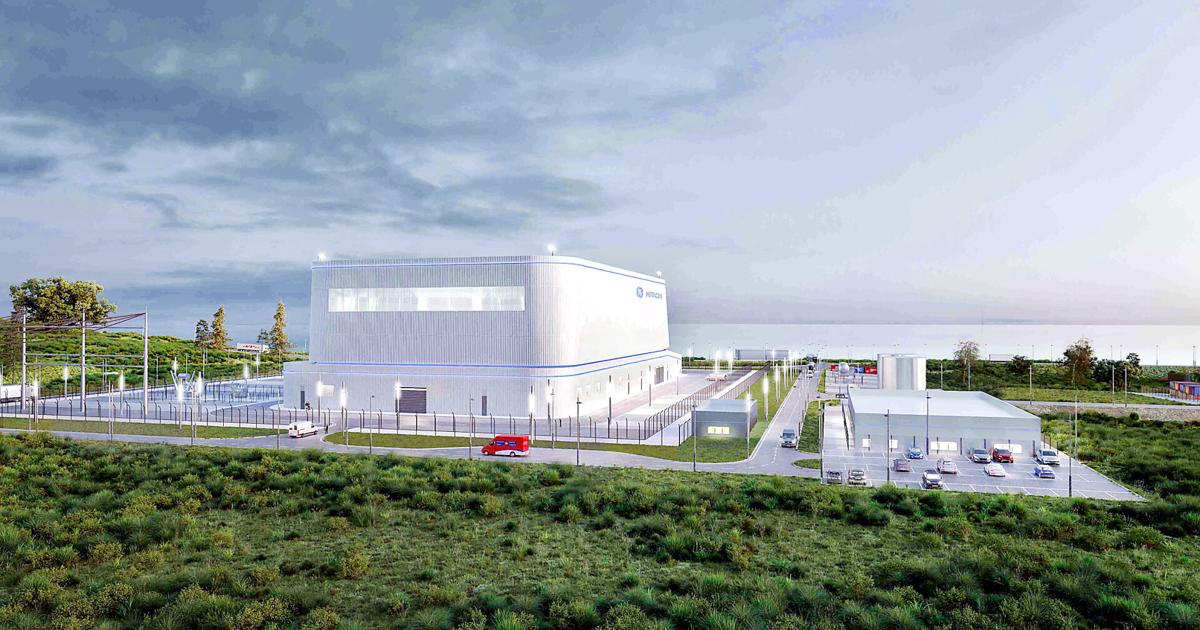 ANDERSON — With environmental groups continuing to pressure utilities to develop and adopt cleaners and more cost-effective technologies for generating and delivering energy to the nation’s power grid, a joint research project based in Indiana may offer a road map for utilizing nuclear energy as part of a “green portfolio.”

The research project focuses on studying power produced through small modular reactors (SMRs), which the International Atomic Energy Agency has indicated are among the most promising technologies when it comes to nuclear power.

“No other option holds as much potential to provide reliable, adequate electric power with zero carbon emissions,” Purdue President Mitch Daniels said in a news release.

Although there are no SMRs in commercial production, a design approved last fall by the US Nuclear Regulatory Commission could accelerate production, lower costs and improve safety over traditional reactors. Other designs would allow the reactors to be built with the ability to produce between 50 and 300 megawatts of electricity — instead of the nearly 1,000 megawatts generated by traditional nuclear reactors.

“While there are various designs in SMRs, the physics behind the technology is nothing new,” said Dr. Seungjin Kim, head of the School of Nuclear Engineering at Purdue and one of the university’s lead researchers on the project.

He said the reactors generate heat via nuclear fission, and electricity comes from a conventional power conversion cycle, such as a turbine or a generator. Simpler designs — and thus lower overhead and maintenance costs — along with enhanced passive safety features and similar economic benefits as traditional nuclear power plants are among the most promising aspects of the technology behind SMRs.

Officials at Duke Energy see SMRs as a carbon-free and reliable source of power, which makes researching and developing them an important component in the company’s effort to achieve a 50% reduction in carbon dioxide emissions from electricity generation by 2030.

“If you really want to decarbonize and get to net zero, nuclear has to be part of the mix,” said Chris Nolan, vice president of nuclear regulatory affairs policy and emergency preparedness for Duke Energy. “The reason is, you can’t rely on coal and gas in a net zero environment and really, nuclear is the only dispatchable generation that can provide power at any time.”

Nolan noted that solar panels are dependent on sunlight, and windmills are dependent on the wind — “While those sound like redundant statements, they’re very profound when you need to provide power to your customers,” he said — and the company currently operates 11 nuclear power plants across six sites in North and South Carolina. Those plants generate more than half the electricity used by Duke customers in those states.

The announcement of the Purdue-Duke Energy collaboration came three months after the Indiana Legislature passed a bill that creates a framework for studying SMR technology. Senate Bill 271, signed into law by Gov. Eric Holcomb in March, provides guidelines for state regulators evaluating SMR projects if utilities decide to build them.

With coal still the state’s dominant energy source — albeit declining — and renewables like solar and wind still struggling to win support in many counties, nuclear energy is being touted by some as a logical choice to include in the state’s “all-of-the- above” approach to charting its energy future.

Per Indiana law, Duke Energy and other utilities submit updated integrated resource plans to the state every three years. The plans are intended as a 20-year road map, detailing how utilities will meet customer needs and comply with relevant government guidelines for producing and distributing electricity.

Duke’s most recent IRP, provided in December 2021, does not mention integrating SMRs or other nuclear power production, but company officials stress that doesn’t mean examining the technology isn’t a priority.

“In the later years of the plan, we acknowledge that we will need new technology, zero-emitting carbon technology,” said Angeline Protogere, a communication consultant with Duke Energy. “SMRs, nuclear, is not part of the integrated resource plan that we submitted, but certainly one of the reasons that we’re looking at this is we know that in the later years of our plan, we need to look at zero-emitting technologies.”

The research project with Purdue — which currently purchases about 50% of its campus electricity from Duke — could also reveal new ideas not only for potentially replacing fossil fuel power plants with SMRs, but also for deploying them to meet energy needs in hard-to- reach rural areas.

“As long as there is pre-existing infrastructure for the power grid, there shouldn’t be too many technical challenges,” Kim said. “That being said, any desired site should be evaluated for its adequacy for SMRs based on the rigorous criteria set by the US Nuclear Regulatory Commission, just like all other nuclear power plants.”