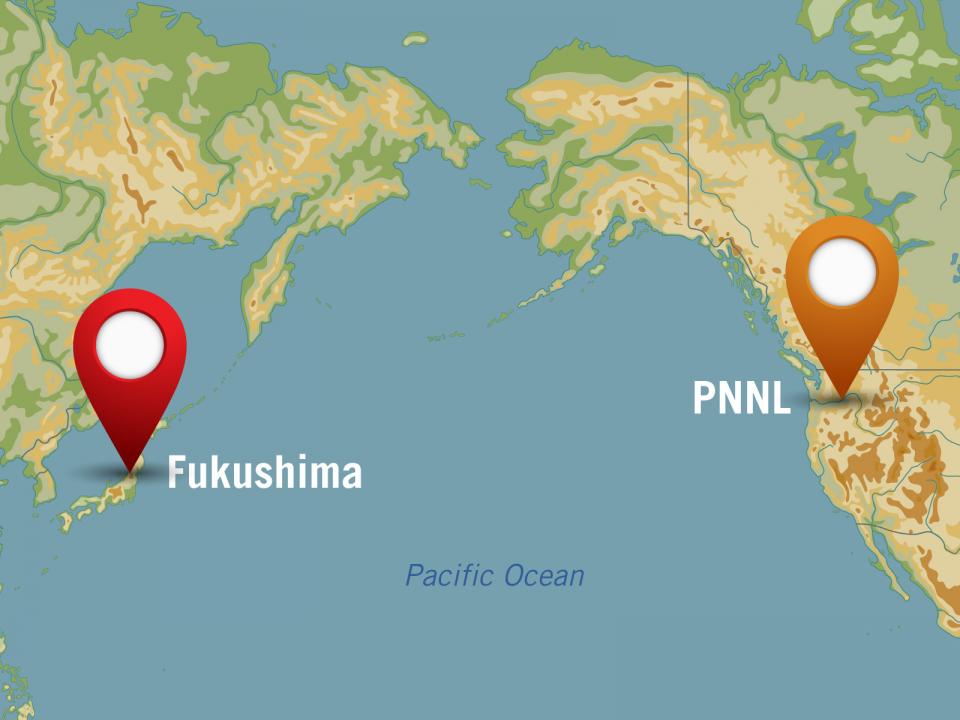 An earthquake off the coast of Japan. A resulting tsunami. Ten years ago, Mark Triplett was watching the news and worried about two things. The safety of his son and daughter-in-law who were living in Japan at the time. He quickly learned that his family was unaffected and safe. But the other concern? It’s still with him, almost every day.

The tsunami floods caused core meltdowns in three reactors at the Fukushima Daiichi power plant. As a scientist at the Pacific Northwest National Laboratory (PNNL) with extensive involvement in nuclear cleanups, Triplett understood the implications for Fukushima and beyond.

Little did he know that he would soon be tapped by the State Department to advise the Japanese government on cleanup issues or how the natural disaster an ocean away would connect Fukushima to PNNL and the surrounding community of Tri-Cities, Washington.

Five days after the disaster on March 11, 2011, a PNNL team was the first in North America to discover the radioactive isotope xenon-133 from the destroyed power plants. The isotope had migrated nearly 5,000 miles into Washington State and orbited the northern hemisphere repeatedly.

Although the radioactivity concentration in North America was extremely low and harmful to health, the fact that a tiny amount of the isotope could be detected halfway around the globe was evidence of decades of research by PNNL to detect traces of radiation in the environment. Even if radioxenon only contains a trillionth of a trillionth of a cubic meter of air, scientists can now prove it thanks to PNNL.

PNNL’s unusual detection abilities go back to early studies at Hanford, a former plutonium production site near the laboratory. This work resulted in PNNL’s expertise in radiochemistry, nuclear physics and the ability to detect, measure and identify radioactivity at ever lower levels. The continued development of this expertise and technology supports the non-proliferation of nuclear weapons and the review of the Comprehensive Nuclear-Test-Ban Treaty.

PNNL’s scientific studies while operating in Hanford also built expertise to predict how pollutants would move in the environment and to estimate the release and exposure of radiation. In the first weeks and months after the Fukushima Daiichi reactor collapse, PNNL got involved with the US Department of Energy (DOE) to provide this expertise.

As the situation in Fukushima began to stabilize, recent PNNL environmental research in support of the Hanford cleanup became part of discussions with Japanese officials. After 40 years of nuclear weapons manufacturing, DOE’s Hanford site bears more than a few similarities to Fukushima when it comes to cleaning up radioactive waste. PNNL contributes to the science of Hanford cleaning, including advancing the technology for melting radioactive waste into glass. This process, known as vitrification, contains the radionuclides in glass to help protect the environment.

Glazing is one of several waste immobilization technologies being considered for handling secondary waste at the Fukushima Daiichi plant. PNNL formulates and tests specific glass recipes for durability and possible use in various glazing technologies, including two developed by PNNL. The first technology licensed as GeoMelt melts waste containing glass-forming materials directly into containers where it solidifies into an obsidian like glass. The second is a liquid-fed vitrification process for ceramic smelters, which forms the basis for planning the Hanford Tank Waste Treatment and Immobilization Plant. 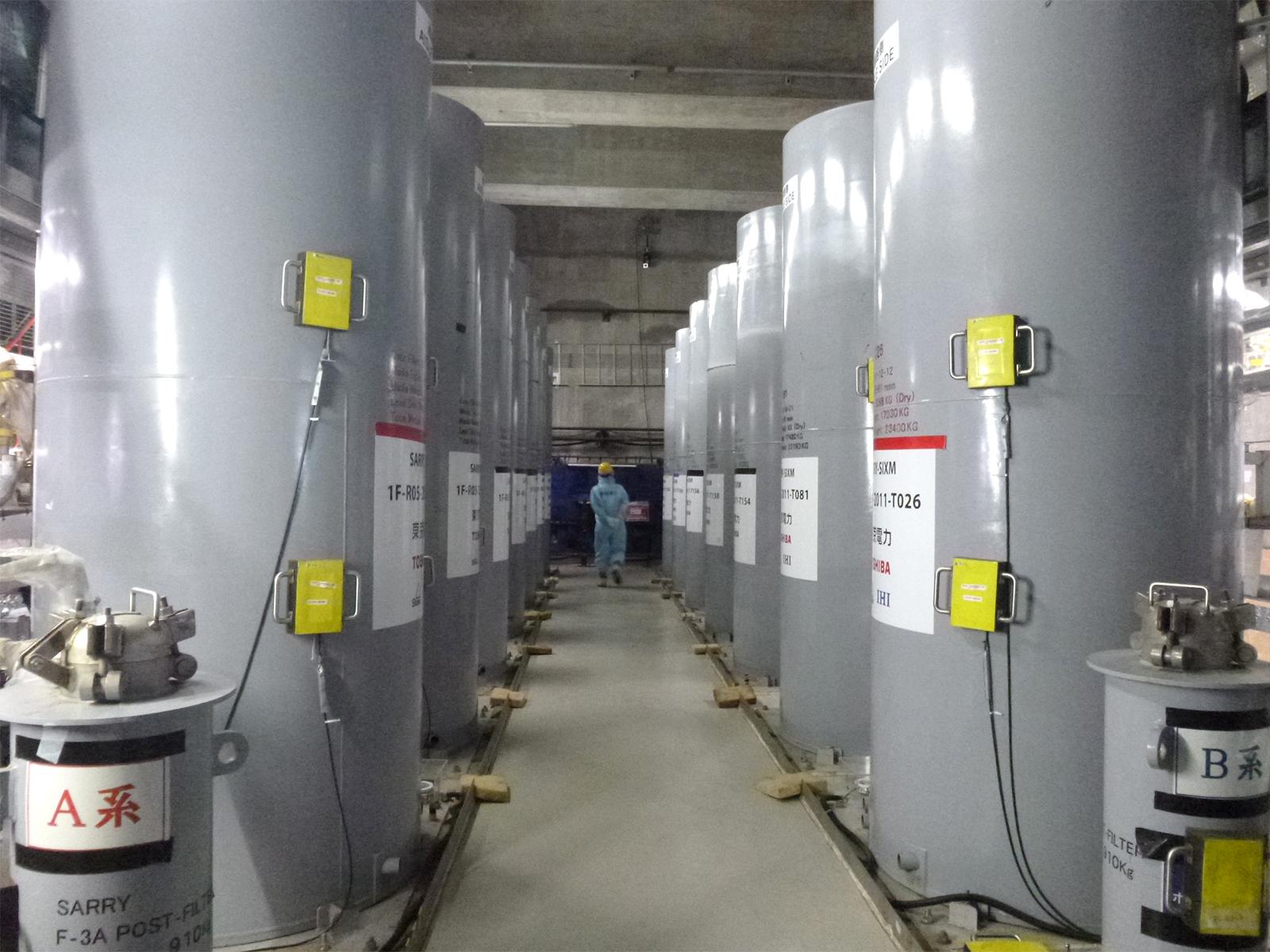 In the first few weeks after the event, PNNL radiochemical separation experts provided Japanese authorities with details of methods for removing the radionuclides from water used to cool the damaged reactor cores. PNNL has been testing one of these methods – ion exchange – for radiologically contaminated fluids since the 1990s. Ion exchange columns use special media to capture radionuclides such as cesium and strontium from the contaminated water. After commercial water treatment plants were up and handling up to 100,000 gallons per day, PNNL employees made several trips to the Fukushima site to check system performance.

At Hanford, the same technology is part of the tank-side cesium removal system, which will begin pre-treating Hanford tank waste before it is vitrified. However, since the situation in Japan was more critical than in Hanford, they used ion exchange to treat cooling water just a few months after the accident in 2011. In some ways, conversely, the experience of the Japanese application of ion exchange will be of great benefit to Hanford’s plans for the removal and storage of cesium.

PNNL has provided additional scientific support, including pollutant transport models and molecular models, to understand how cesium adheres to clay minerals in Fukushima soil. Research previously carried out at PNNL helped make decisions that ultimately led to a shelter for reactor unit 1 and how to avoid dangerous hydrogen gas accumulations in waste containers.

Economic development and cleanup in Japan and Washington State 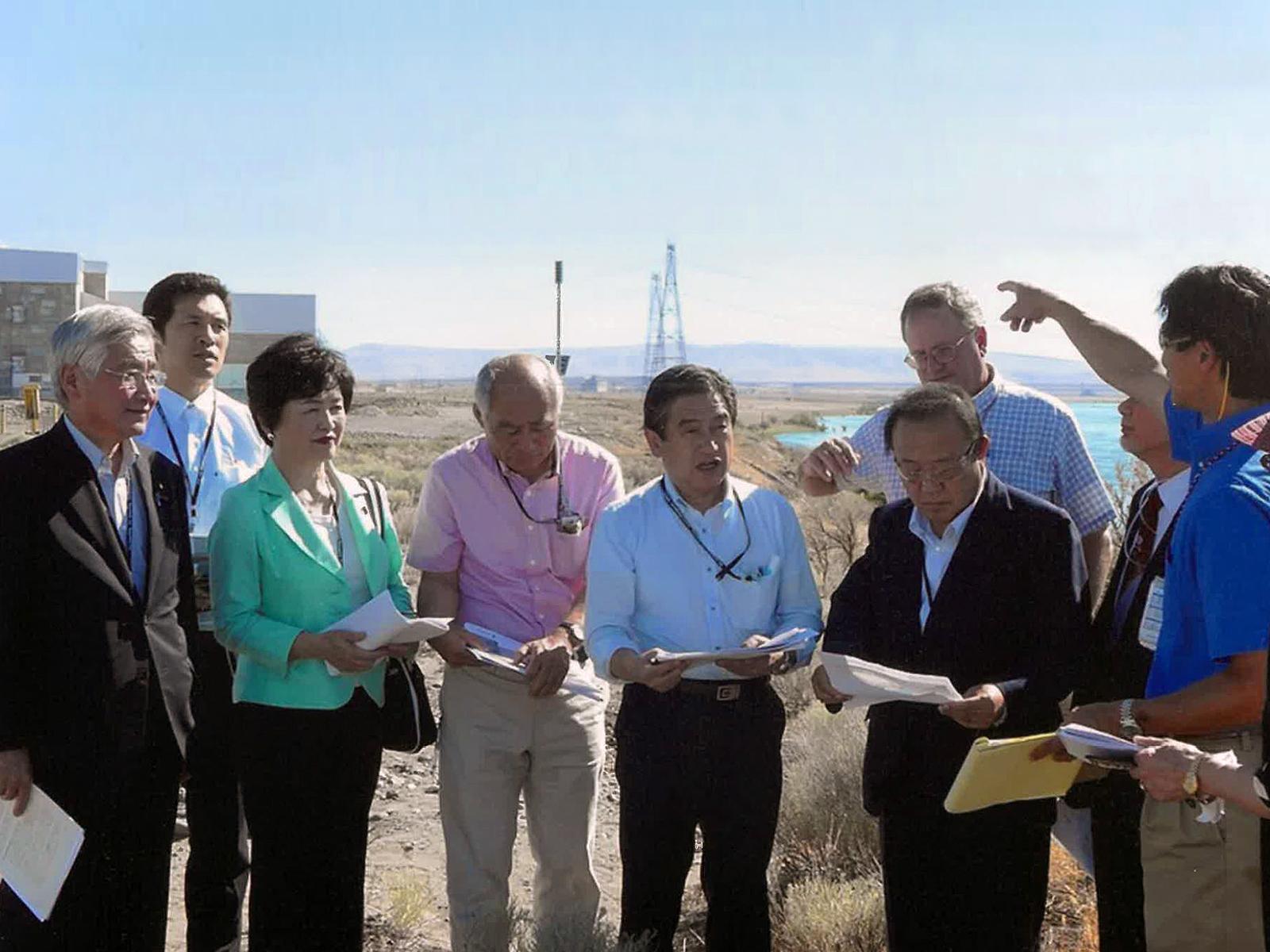 A delegation from the Japan National Diet, roughly equivalent to the US Congress, visited Hanford in 2014. You are pictured here in front of the closed N reactor. (Courtesy photo by Mark Triplett | Pacific Northwest National Laboratory)

Over the past decade, the scientific and technical relationship between PNNL and Fukushima has deepened. More than 30 employees worked after the reactor collapsed. Triplett has made more than 12 trips to Japan and received more than 300 Japanese visitors to the Tri-Cities. Unsurprisingly, a kinship quickly developed between the two areas – each dealing with a nuclear legacy, perceptions, and sometimes misconceptions from the rest of the world.

Representatives from Fukushima are interested in how the Tri-Cities community has learned to advocate for refurbishment funding, involve the public in the plans, and capitalize on a challenging economic development situation related to that growth.

Triplett continues to connect Fukushima and Japanese stakeholders with colleagues from DOE, Hanford, the Tri-City Development Council (TRIDEC) and surrounding cities and counties. He recently organized an online seminar for a group of Tri-Cities community and academic leaders with more than 150 of their colleagues in Fukushima.

Fukushima executives also learn how PNNL evolved from its Hanford origins in 1965 to a full-scale science and technology mission that is now only about five percent Hanford-related. TRIDEC has emphasized to those who advocate Fukushima the need to speak with one voice, have cleaning companies in the area and invest, and encourage the local colleges and universities to develop skilled workforce for the region, which is the decade will support cleanup.

Lessons from Risk Reduction in the United States 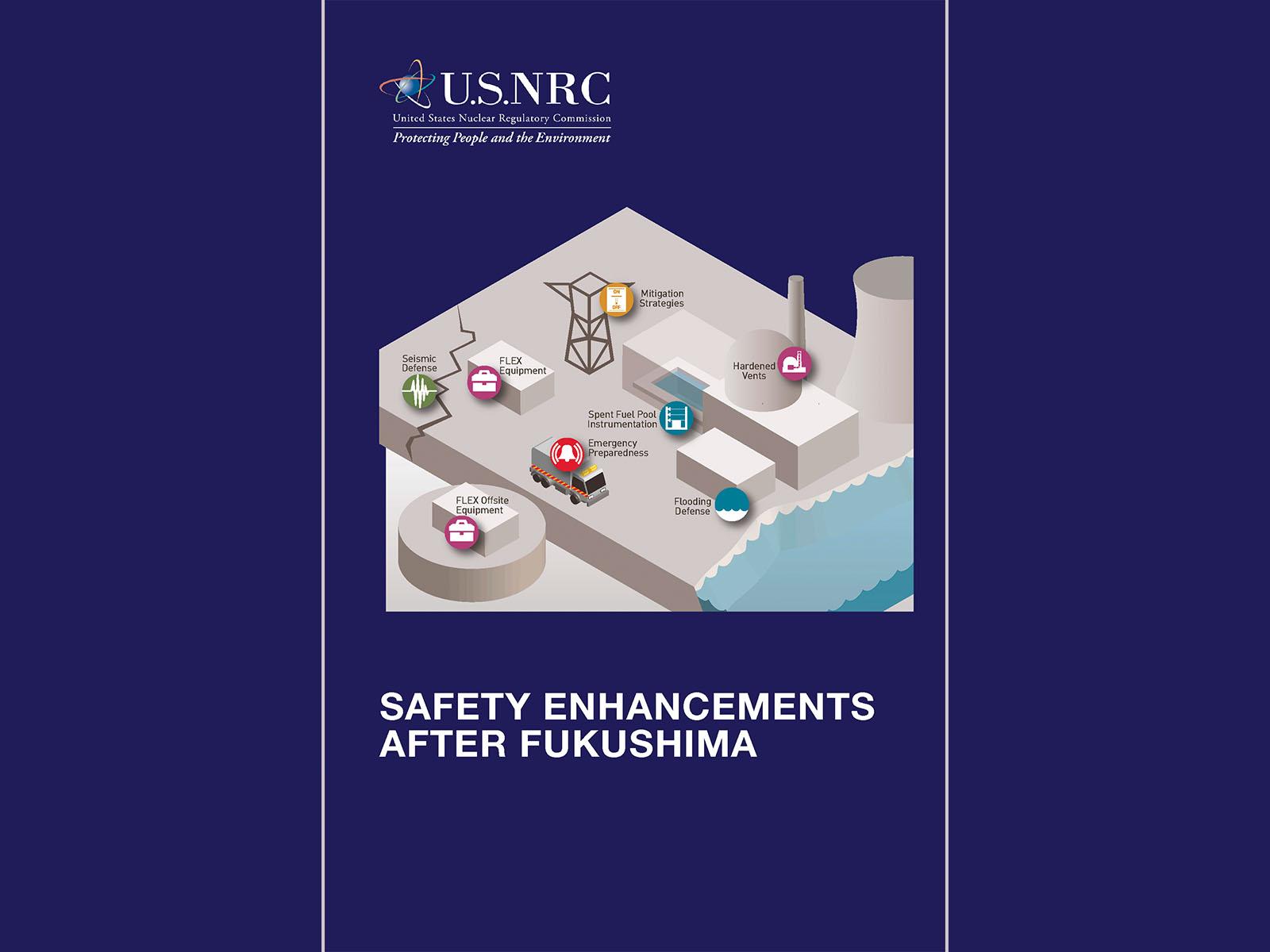 The US Nuclear Regulatory Commission’s document “Post Fukushima Safety Improvements” is designed to help the US nuclear industry be prepared for the unexpected.

The aftermath of the Fukushima disaster lives on in both the United States and Japan. In Japan, the ripple effects continue figuratively and literally – an earthquake on February 13, 2021 registered 7.3 on the Richter scale and was called the aftershock of the 2011 earthquake. However, as Japanese officials grapple with the ongoing cleanup and economic development, they will do so with the continued support of PNNL scientists and engineers.