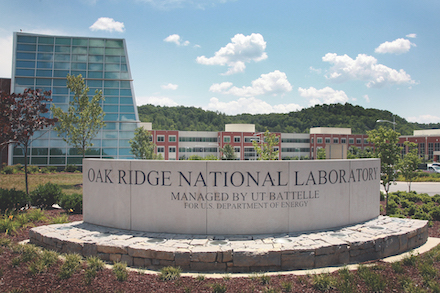 A new round of US DOE funding is supporting a swathe of new technologies that aim to effect a dramatic reduction in the volume of waste from the new generation of advanced nuclear reactor technologies.

Nearly a dozen research projects have received funding from the US Department of Energy (DOE) as part of a program aimed at limiting the volume of waste from the new generation of advanced reactors. The Optimizing Nuclear Waste and Advanced Reactor Disposal Systems (ONWARDS) scheme was first announced last year to identify and facilitate technologies for advanced reactor used nuclear fuel (UNF) recycling, disposal and associated safeguarding technologies.

Projects funded through the ONWARDS program will develop technologies that can resolve the waste and storage challenges associated with advanced reactor fuel cycles. The goal is to reduce nuclear waste and to support safer and more sustainable domestic fuel stocks. In the latest round of funding the DOE has pushed another US$36 million into the Advance Research Projects Agency-Energy (ARPA-E) programme.

Taking a good look at waste

Among the 11 projects which have received funding, GE General Electric Global Research was granted nearly US$4.5 million for a project that will develop an innovative inspection technique for use in nuclear reprocessing facilities.

Resonance Absorption Densitometry for Materials Assay Security Safeguard (RADMASS) is designed to address the challenge of inspecting spent fuel which is stored at various storage sites across the US. RADMASS is a non-destructive evaluation technique that will be able to accurately measure and characterize this material for more cost-effective reprocessing.

dr Andrew K. Hoffman, Materials Research Scientist at GE Research and principal investigator on this project, says: “One of the most exciting factors about the advanced nuclear reactor concepts coming online is the opportunity to optimize how the industry can recycle fuel in the future. With new advanced reactor concepts creating more recycling opportunities, we need to seize the moment in making nuclear an even more attractive, carbon-free energy alternative.”

A further US$8.5 million was awarded to TerraPower for a project which aims to reduce waste volumes using chloride salts at high temperatures. The goal of the Chloride-Based Volatility for Waste Reduction and/or Reuse of Metallic-, Oxide-, and Salt-Based Reactor Fuels project is to adjust chloride-based volatility (CBV) parameters to achieve a high degree of uranium recovery. By doing so waste volumes will be significantly reduced. With prior work having already demonstrated recovery of more than 99% of the uranium from irradiated oxide fuel, it may be possible to reduce repository burdens by a factor of 10-20 times, TerraPower says. The work will start with surrogate UNF and progress to actual oxide UNF in a demonstration of the process which can be applied to metallic-, oxide- and salt-based reactor fuels.

“We are actively exploring new solutions across the fuel cycle, including the best way to address used fuel,” said TerraPower President and CEO Chris Levesque.

Rock on with waste

In a project getting more than US$3 million in ARPA-E funding Citrine Informatics, Pacific Northwest National Laboratory, and University of North Texas will use artificial intelligence and simulation methods to develop novel phosphate waste materials that significantly reduce repository burden from molten salt reactors.

The aim of the project is to rapidly develop phosphate glasses, ceramics, and their composites to enable removal of halides and the more secure immobilisation of salt waste from molten salt reactors. The program hopes to culminate in a kg-scale proof-of-concept of a designed waste form and to demonstrate a more than six times increase in waste mass loading and an 80% decrease in waste volume when compared with existing technologies. The proposal will also result in 60% decrease in the capital and operating expenditures of waste form processing, Citrine says.

“By combining the knowledge and capability of the top experts in nuclear waste manufacturing and glass and ceramic simulation with our data-driven methods, our ARPA-E program promises to disrupt the nuclear waste industry by designing more efficient, less expensive, and safer waste forms in only three years,” said Dr. James Saal, Citrine’s Director of External Research Programs and the Principal Investigator.

Orano subsidiary Orano Federal Services (FS) is to receive $2.2 million in project funding to develop a modular off-gas treatment unit. The ‘plug and play’ unit will be tailored to the off-gases created when processing used nuclear fuel from different advanced reactor types, including metal fuel, TRISO fuel, and molten salt reactor liquid fuel. Optimized to efficiently capture regulated radioactive and non-radioactive off-gases, the treatment processes will themselves only generate low-level waste suitable for either disposal or decay storage. Principal investigator Dr Sven Bader will be working with the state-of-the-art research and development performed by Oak Ridge National Lab (ORNL) and Pacific Northwest National Laboratory (PNNL) in the off-gas treatment.

“Advanced reactors will require advanced processes for preparing their used nuclear fuel to be reused. We appreciate this opportunity to… work with ONWARDS in support of the next generation of advanced reactors,” said Dr Dorothy Davidson, Orano FS president.

A case for study

Among a number of projects underground at academic institutions, the New Brunswick, New Jersey site of Rutgers University is receiving grant funding worth US$4 million for the Pioneering a Cermet Waste Form for Disposal of Waste Streams from Advanced Reactors (PACE-FORWARD) project.

The University aims to deliver a simple, scalable route for immobilizing multiple waste streams like metals, salts and carbon into a singular, high-density, durable cermet. The goal is to encapsulate waste emanating from any potential advanced reactor fuel cycle into a heat-resistant ceramic and metallic composite waste form. The cermet will comprise stainless steel waste as the primary phase, encapsulating a ceramic phase dispersed homogeneously throughout the metal matrix. It wants
be consolidated to reduce porosity. The PACE-FORWARD technology will substantially minimize the processing of waste streams by eliminating the need to develop multiple waste forms for separate waste streams, Rutgers says. The process will also reduce the repository footprint by around an order of magnitude compared with light water reactor technologies. It is designed to be suitable for multiple disposal environments and is also expected to reduce production and operation and maintenance costs by around 50% when compared with current incumbent technologies, they add.

Their proposal centers on a comprehensive systems approach to significantly reduce the waste burden by improving fuel utilization and reducing uranium loading. This approach considers the use of a TRISO-based micro-encapsulated fuel employing MgO as a low-waste and repository-ready fuel form. MATRICY will engineer the TRISO fuel to enable deconsolidation of intact particles. At the same time the project will evaluate it as a final waste form for long-term disposition.

The Stony Brook team will couple reactor analysis with a program to fabricate and understand the performance of the new fuel and its waste forms. They aim to realize more than an order of magnitude reduction in nuclear waste compared with current state-of-the-art technologies.

Meanwhile, the University of California, Berkeley, the Lawrence Berkeley National Laboratory and NAC International are working in partnership with Deep Isolation on the UPWARDS program with more than US$3.6 million of ARPA-E funding. The Universal Performance Criteria and Canister for Advanced Reactor Waste Form Acceptance in Borehole and Mined Repositories Considering Design Safety (UPWARDS) project is looking to establish a novel universal canister system for advanced reactor waste streams. This new canister will create an elemental waste form that will decouple the interdependent constraints that exist between storage, transport, and disposal, the partners state. Designed to be compatible with current dry storage and transportation infrastructure, the new canister will also meet the thermal, volumetric and criticality waste acceptance constraints of Deep Isolation’s deep borehole solution. The goal is to minimize the long-term costs of used fuel and waste management by packaging waste in small canisters that can be dry stored on site or centrally, transported to a geologic repository, and disposed of without repackaging.

Deep Isolation is also partnering with another group receiving ARPA-E funding. In an Oklo-led project – Enabling the Near-term Commercialization of an Electrorefining Facility to Close the Metal Fuel Cycle – the partners aim to commercialize a nuclear fuel recycling facility within the next few years. This facility will produce fuel for Oklo’s metal-fuelled reactors and close the advanced reactor fuel cycle. ARPA-E funding worth US$4 million will allow the partners to focus on industrializing and automating the key processes of an electrorefining facility used for recycling nuclear fuel. That will address each key operation and demonstrate the end-to-end process with simulated fuel. The project also wants to prepare the facility
for NRC licensing and establish a plan for the final deep borehole repository disposal of any waste resulting from the process. This technology is expected to reduce waste by more than an order of magnitude compared with a no-reprocessing baseline. In addition, ONWARDS aims to advance development of high-performance waste forms while maintaining back-end costs in the accepted range of US$1/MWh, its backers claim.

All these research projects seek to increase the deployment and use of nuclear power as a reliable source of clean energy by limiting the volume of waste produced from Advanced Reactors. By mitigating waste and storage concerns, the goal is to support clean energy infrastructure and pave the way for a new era of nuclear energy. Indeed, the DOE recently released a supply chain report noting that the development of fuel and an integrated waste disposal strategy for advanced reactor technologies are significant factors in supporting further nuclear energy deployment. As Secretary of Energy Jennifer M Granholm says: “Developing novel approaches to safely manage nuclear waste will enable us to power even more homes and businesses in America with carbon-free nuclear energy. ARPA-E is doing just that by supporting companies
and universities that are working on next-generation technologies to modernize advanced reactors and strengthen the nation’s clean energy enterprise”.