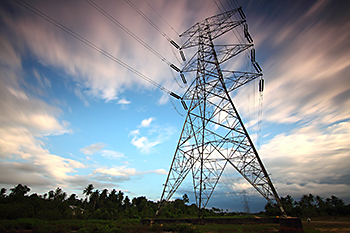 In late August, the government of California gave its residents two additional, and interrelated, reasons to consider moving elsewhere.

First, the state’s Air Resources Board announced plans to phase out all sales of gas-powered vehicles in California by 2035. A few days later, state officials instructed Californians not to lower their thermostats below 78 degrees and not to charge their electric vehicles during the peak hours of 4 to 9 pm Otherwise, they said, Californians may experience blackouts.

Here in North Carolina, our electrical system is much more reliable. It’s one reason why some disaffected California families and businesses may well find their way here. If some public officials and utility executives in our state get their way, however, the flow of energy refugees may reverse itself in the not-too-distant future.

Under the terms of a 2021 law enacted by large, bipartisan majorities in the General Assembly, North Carolina is required to reduce carbon-dioxide emissions significantly over the next few decades, reaching complete “carbon neutrality” by 2050. The law requested its broad legislation support because it also includes strict criteria for reaching this goal by the “least cost path” while maintaining “the adequacy and reliability of the existing grid.”

The state’s primary electricity supplier, Duke Energy, has now filed its plan to achieve the law’s goals, which include a reduction from the 2005 emissions baseline of 70% by 2032. All four of Duke’s proposed power portfolios, however, rely so heavily on intermittent sources such as solar and wind that the reliability of our grid will be imperiled.

According to an analysis published this summer by my colleagues at the John Locke Foundation, North Carolinians would reach a point by 2032 in which our electricity needs in peak months would exceed the total output of dispatchable baseload generation.

In other words, we’ll be relying on solar, wind, batteries, and various conservation tactics to keep the lights on and critical machines, appliances and HVAC systems running. That’s too risky.
By 2050, the Locke study concluded, North Carolinians could face the very real prospect of rolling blackouts during summer months — in other words, the California scenario.

In a filing to the North Carolina Utilities Commission, the Locke analysts proposed a better solution: making greater use of nuclear power to provide both clean and reliable electricity to our growing state’s households and businesses. Although this plan would require delaying the 2032 goal a bit (a tweak the law does allow) it would fully achieve the 2050 goal, including a phase-out of coal and natural gas.

It would also be less expensive than any of the Duke plans, which require the construction of extra production capacity to kick in when the sun doesn’t shine and the wind doesn’t blow. Nuclear plants run continuously, their fuel is domestically sourced and plentiful, and they last up to 80 years, vs. 20 years for the average wind farm and 25 years for the average solar plant.

Our conversation about North Carolina’s energy future is occurring within a broader national and international context in which policy makers who used to be skeptical about nuclear power are coming around to its many benefits. Leaders of energy-hungry countries in Europe and Asia, for example, are realizing that overreliance on natural gas from Russia or rare-earth metals from China poses a threat to their national security and economic vitality.

And in California itself, Gov. Gavin Newsome has proposed extending the life of the Diablo Canyon nuclear plant through 2035. Although he used to think otherwise, Newsome now believes the state can’t wiggle its way through the next decade if Diablo Canyon, which generates 9% of California’s electricity, closes as scheduled in 2025.

Better late than never, but North Carolina can do better than that. Our carbon-dioxide emissions from electricity generation are already down 40% since the beginning of the century, largely due to natural gas replacing coal. Now let’s enact a sound energy strategy today that will pay dividends for many decades to come.