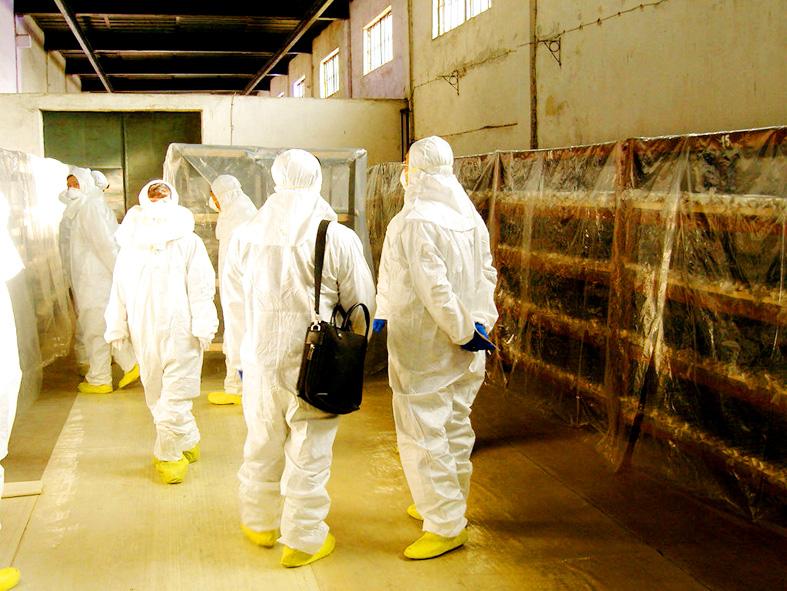 Renewed activity in the nuclear reactor in North Korea “worrying”

North Korea appears to have restarted a nuclear reactor that is widely believed to have produced plutonium for nuclear weapons, the UN nuclear watchdog said in an annual report, highlighting the isolated country’s efforts to expand its arsenal.

The signs of the operation of the 5-megawatt reactor, which is considered suitable to produce weapons-grade plutonium, were the first to be seen since the end of 2018, said the International Atomic Energy Agency (IAEA) in the report.

“Since the beginning of July 2021 there have been indications, including the discharge of cooling water, which are compatible with operation,” states the IAEA report on the reactor in Yongbyon, a nuclear complex at the heart of the North Korean nuclear program.

Since Pyongyang expelled its inspectors in 2009, the IAEA has not had access to North Korea. The country then stepped up its nuclear weapons program and soon resumed nuclear tests. The last nuclear test took place in 2017.

Commercial satellite imagery shows the water runoff and supports the conclusion that the reactor is back on track, said Jenny Town, director of U.S. Project 38 North, which oversees North Korea.

“There is no way of knowing why the reactor was down before – although work was done on the water reservoir last year to ensure sufficient water for the cooling systems,” said Town. “The timing seems a little strange to me, given the tendency for flooding in the coming weeks or months that could affect reactor operations.”

Seasonal rains brought flooding to some areas this year, state media said, but there have been no reports of threats to the site, the Yongbyon Nuclear Scientific Research Center.

At a 2019 summit in Vietnam with then US President Donald Trump, North Korean ruler Kim Jong-un offered to dismantle Yongbyon in exchange for a range of international nuclear weapons sanctions and ballistic missile programs.

At the time, Trump said he turned down the deal because Yongbyon was only part of North Korea’s nuclear program and was not enough of a concession to ease so many sanctions.

US President Joe Biden’s administration has announced it has reached out to North Korea to offer talks, but Pyongyang has said it has no interest in negotiating without a change in US policy.

“We haven’t had an agreement on these facilities for a long time,” says Joshua Pollack, researcher at the James Martin Center for Nonproliferation Studies.

It is a surefire thing that North Korea intends to use any newly separated plutonium for weapons, Pollack said, adding that Kim gave a long list of advanced weapons under development, including other nuclear weapons, in a speech this year.

“North Korea’s appetite for warheads does not appear to be satisfied,” he said.

Comments are moderated. Keep comments relevant to the article. Comments with offensive and obscene language, personal attacks of any kind or advertising will be removed and the user will be blocked. The final decision is at the discretion of the Taipei Times.

FANR has built a strong nuclear and radiological regulatory infrastructure in the UAE to protect the public and the environment: Annual Report 2020 – WAM DE