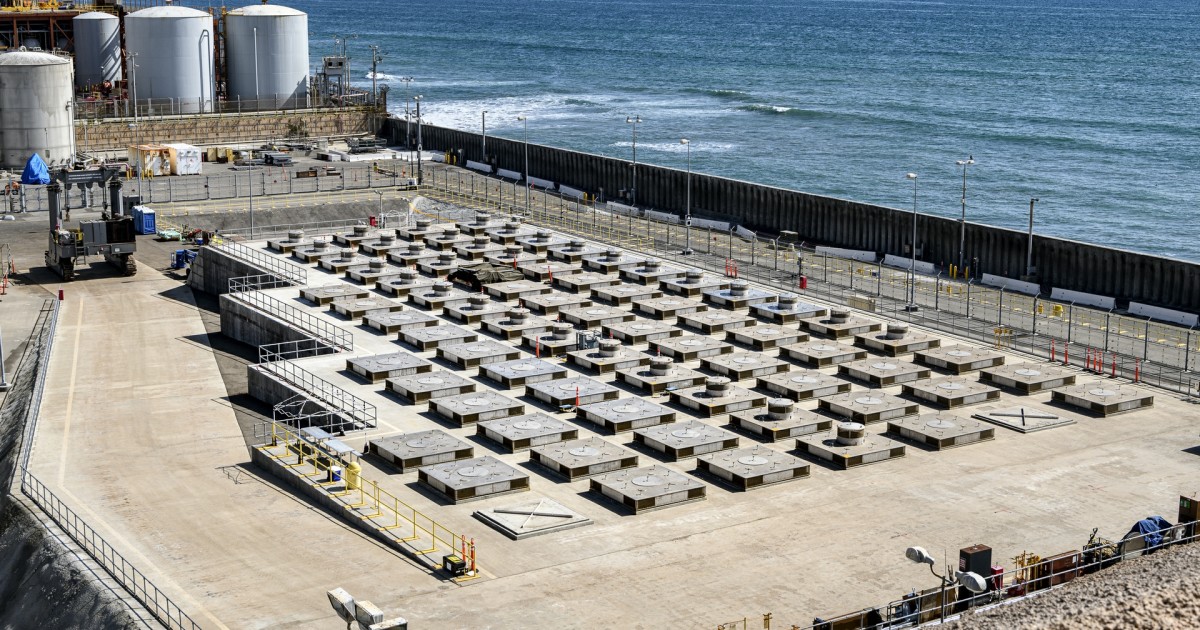 Southern California Edison, the operator of the now-closed San Onofre Nuclear Power Plant, has released plans to find a way to remove the 3.6 million pounds of nuclear waste from the plant. The result of the three-volume report: There are no easy answers, and for significant progress to be made, the federal government must be urged to act, which will take some time.

At the same time, a new coalition was formed to involve local governments, businesses and other groups in order to provide impetus for progress.

“It is clear that the federal government must act to make tangible progress on this issue,” Edison CEO Kevin Payne said in a statement. “Instead of waiting for it, we will be a catalyst for change.”

The detailed report was prepared as part of an out-of-court settlement between Edison and the San Diego law firm Aguirre & Severson in 2017 that included two plaintiffs contesting a California Coastal Commission permit that Edison had spent fuel on the property The San Onofre nuclear power plant, or SONGS for short, is allowed to store. The settlement required Edison to put together a team of experts to explore alternative locations where the waste could be disposed of.

Attorney Maria Severson called the report “a step in the right direction”.

The report identified “problems and obstacles and it is now up to the utility to keep moving the ball forward,” Severson said. “It is up to the people of California, especially the neighboring communities, to reach out to their lawmakers and elected leaders to find a place to transport the waste.”

The newly formed coalition, called Action for Spent Fuel Solutions Now, consists of Edison, San Diego Gas & Electric (which owns 20 percent of SONGS), the City of Riverside (1.8 percent owner of the facility) and elected county officials San Diego and Orange. The representative of San Diego is Jim Desmond, a member of the Board of Directors of San Diego County. Desmond is also a member of the SONGS Community Engagement Panel, which provides quarterly information to the public about the plant’s activity and shutdown.

The group aims to encourage other stakeholders and community members to join.

“Addressing a problem as complicated as the removal of spent fuel from the San Onofre Nuclear Power Plant requires both local and federal assistance,” Desmond said in an email. “While this is just the beginning, I am optimistic that we will make positive efforts to eliminate nuclear waste in partnership with SDG&E, Orange County Regulatory Authority Lisa Bartlett, and the federal government.”

The spent fuel dates back to when SONGS was generating electricity and is now stored in 123 canisters on the factory premises overlooking the Pacific to the west and Interstate 5 to the east. The waste lies in 50 horizontal barrels and 73 in vertical barrels at the northern end of the site.

Edison officials wrote the first of the three volumes of the report – a plan of action to investigate ways to move a spent fuel or waste. The other two volumes were written by North Wind, an Idaho-based company with experience in the operation and management of nuclear power plants, in collaboration with the team of experts selected under the settlement agreement. One of the members of the North Wind team is Ernest Moniz, a former Secretary of the US Department of Energy during the Obama administration.

The waste problem at SONGS is not clear. Around 80,000 tons of waste from commercial nuclear power plants is being dumped across the country – 121 locations in 35 states – because the federal government has not established a repository to store waste.

Approximately $ 15 billion was spent building the Yucca Mountains in the Nevada desert, but shortly before it was due to open, the Obama administration stopped funding and followed demands from then Senate Majority Leader Harry Reid and others Elected civil servant in the silver state against the plant for a long time.

The report’s action plan said that the owners of SONGS “take no position” on whether or not to reopen Yucca, but that a “federal solution” is the “most achievable way” to move SONGS’s waste.

One possibility depends on the establishment of interim storage facilities where waste from SONGS – and other reactors – can be disposed of until a permanent repository is found or reopened. The federal government could set up these locations, but the report says doing so would likely require a change in applicable law, which will be time consuming. Until a permanent site is opened, decision-makers at potential intermediate sites may fear that they could hold onto the spent fuel indefinitely.

Two private companies have set up parking spaces for the construction of interim storage facilities. A group has proposed building a facility in southeast New Mexico that could potentially contain some of the SONGS waste, but the state governor rejects the plan. In West Texas, a company called Waste Control Specialists has partnered to expand an existing facility and store up to 40,000 tons of spent fuel. However, the plan has been pushed back in some policy areas.

Others have called for SONGS waste to be sent to the Palo Verde Power Plant in Arizona, but the plant’s owners have stated they are not interested. However, the report raised the prospect of Edison partnering with other utilities in similar circumstances to consolidate their spent fuel in a common location, although the report raised a number of concerns about the cost, ownership of the waste, and licensing were.

Some have called for the SONGS waste to be moved higher than the boundary of Marine Corps Base Camp Pendleton, but Navy officials have denied such requests. The report states, among other things, that this option “would also entail significant costs for the construction and transportation of facilities”.

The North Wind team concluded volume two of the report with the hope that changes can be made “even in seemingly unsolvable situations” and stressed “the importance of flexibility, perseverance and continued commitment from the company to a range of stakeholders and engaging potential partners continued to push for progress. ”

The SONGS Community Engagement Panel will discuss the report on Thursday in a virtual meeting starting at 5:30 p.m. A link is provided on the panel’s website: https://www.songscommunity.com/community-engagement/meetings/community-engagement-panel -meeting-virtual

Fluoride in the Water: Too Much of a Good Thing?