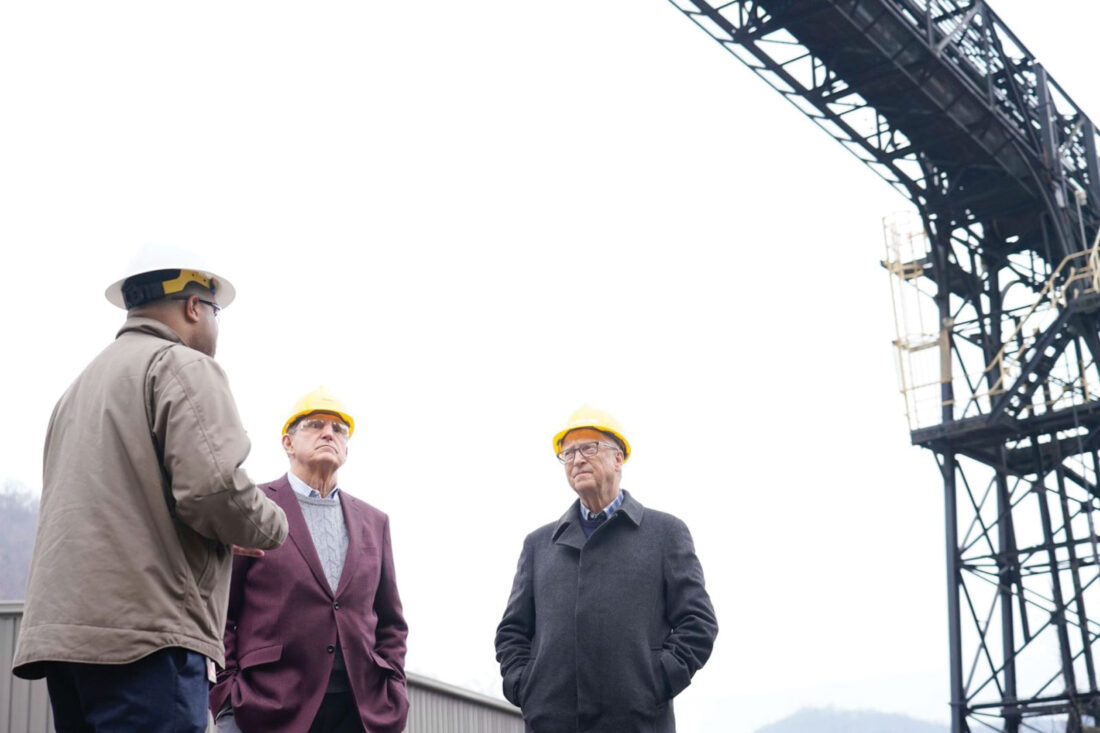 Sen. Joe Manchin, middle, and Microsoft co-founder Bill Gates, right, talked to a worker at the site of the now-closed AEP coal-fired power plant in Glasgow. (Photo courtesy of US Sen. Joe Manchin)