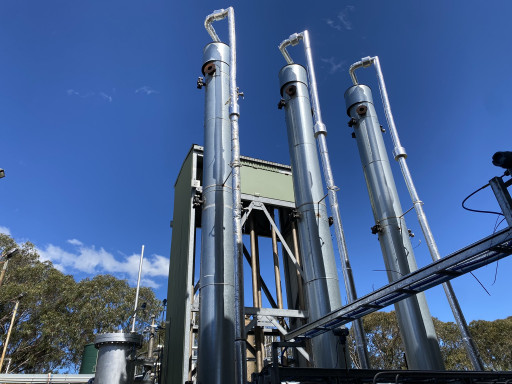 News and research before you hear about it on CNBC and others. Request your one-week free trial of StreetInsider Premium here.

SYDNEY, November 23, 2021 (GLOBE NEWSWIRE) – Licella, supported by Amcor, Coles, iQ Renew, LyondellBasell and Nestlé, has published a report highlighting the potential for establishing a local circular economy for soft plastics with an emphasis on those that are difficult to recycle mechanically Plastic like food packaging.

Advanced recycling allows soft plastic waste such as candy packaging and bread bags to be turned back into oil and then reprocessed into new food packaging in Australia. The study found that using oil made from plastic waste in the local plastic packaging supply chain enables a 64% reduction in CO2 compared to crude oil

The study identified Altona, Victoria, as the best location for an advanced recycling facility given the region’s existing infrastructure and production capabilities. It’s an opportunity to establish Victoria and Australia as leaders in this emerging new industry.

If the new facility were built, it would give a boost to local industry, with the potential to create over 300 new jobs in Victoria over the next five years. The facility could also add over $ 100 million a year to the Victorian economy.

The report is the result of a feasibility study that has shown that a circular economy for plastics is not only possible, but essential for Australia to meet its national waste policy commitments. With Australia’s national packaging targets requiring industry to use an average of 50% recycled content in packaging by 2025, the demand for recycled content, especially food-grade plastic, is expected to grow significantly

The advanced recycling facility would be an Australian first if built, with the ability to divert up to 120,000 tonnes, or 24% of the plastic waste sent to landfill annually in Victoria alone.3 With over 500,000 tonnes of plastic going to Victoria landfill every year1 , the proposed facility would be a major step towards a more sustainable future for plastic in Australia.

The system-wide change required for Australia to meet its plastics recycling goals requires local initiatives, such as those outlined in this report, to bear fruit. Industry-government collaboration is essential to drive this change.

Licella has developed its patented Catalytic Hydrothermal Reactor (Cat-HTR ™) platform – the world’s most advanced hydrothermal liquefaction (HTL) technology. HTL is the “next generation” of advanced recycling, in which low-quality raw materials are chemically converted into oil, which can be refined into high-quality fuels and chemicals. With more than A $ 100 million invested over 13 years, Cat-HTR ™ technology is commercially viable and has proven itself in a variety of raw materials including mixed end-of-life plastics. The Cat-HTR ™ process for plastic waste delivers 3-4 times more value and 45% less CO2 emissions than waste to energy. Cat-HTR ™ provides approximately 85% oil with the remainder becoming gas that can power the reactor. More information is available at www.licella.com

MEDIA RELEASE _23. NOV. 2021_ Publication of the report on the FINAL feasibility study.pdf

This content was posted through the press release distribution service on Newswire.com. 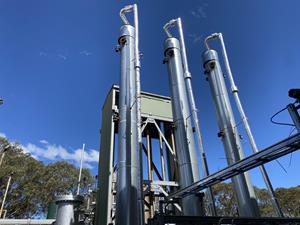