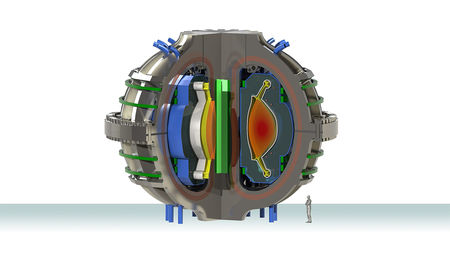 There has been more focus on plans to build a prototype fusion power plant in the U.S. as a new report sets a rough timeline for building the multibillon dollar power plant and a strategy for developing its design. The United States should strive to start building the pilot by 2035 and keep it running until 2040, according to a report released this week by the National Academies of Science, Engineering, and Medicine (NASEM). To meet this tight schedule, the report calls on the US Department of Energy (DOE) to fund two to four teams that would work with private industry to develop various concept designs by 2028.

“It’s believable and doable,” says William Madia, Stanford University’s vice president emeritus, who has often criticized the DOE’s merger efforts. However, Edwin Lyman, director of nuclear safety at the Union of Concerned Scientists, notes that the report also refers to numerous key technologies that are in a low technical state of readiness and asks if they can be developed in a timely manner. “Reading between the lines, I didn’t get the feeling that it gives you a lot of confidence that these schedules are realistic,” says Lyman.

The proposed timetable in the 91-page report released on Feb. 17 does not reflect a bottom-up assessment of how long it would take to complete research and development on a particular design. Rather, it is assessed from top to bottom when fusion power has to be feasible if energy suppliers want to include them if they switch to carbon-free energy sources by 2050. “The timing was really determined by input from utility companies,” said Brian Wirth, a nuclear engineer at the University of Tennessee, Knoxville, and one of the 12 authors of the report. Madia predicts that a merger that has not proven feasible by 2035 will “miss the train” and be excluded from the future carbon-free energy mix.

The excitement of US fusion researchers to build a prototype power plant that would finally use nuclear fusion, the process that powers the sun, to generate electricity, has increased. The idea emerged in another NASEM report in 2018, which suggested that the US hold on to its commitment to ITER, the gigantic international fusion experiment in France, but also prepare to build a domestic pilot plant soon afterwards. In December 2020, US fusion researchers included the pilot plant in their new long-range plan.

ITER uses intense magnetic fields to capture a plasma made of deuterium and tritium – the heavy isotopes of hydrogen – in a donut-shaped vacuum chamber and heats it to 150 million degrees Celsius. The experiment aims to show that the fusion of the deuterium and tritium nuclei can produce more energy than the generation of plasma consumption. The pilot plant would go one step further and produce useful amounts of electricity.

Proponents of the proposal say building a pilot facility would allow US researchers to overtake competitors in Europe and Asia and regain leadership in fusion research. Additionally, with recent advances in high-temperature superconductor magnets, 3D printing, and computer modeling, the facility could be much smaller and less expensive than ITER, which is 30 meters tall and will cost more than $ 20 billion.

The pilot plant would not be overwhelmingly efficient. The new report says it will only produce 50 megawatts of electricity, a few percent of what a large gas-powered facility can produce. That’s just enough to see how such a facility would interact with the utility grid, says David Roop, engineer at DWR Associates LLC and author of the new report. “With this value of at least 50 megawatts, you can test your ability to bring electricity into the grid,” he says. The pilot plant shouldn’t cost more than $ 5 or 6 billion, the report said. This is the amount that utilities say they would be willing to pay for the first subsequent commercial facility that would generate hundreds of megawatts of electricity.

There are several major technological challenges to be overcome before a pilot plant can be built, the report said. For example, if the facility works like ITER and merges deuterium and tritium (there are a few other options), researchers also need to develop a way to grow more tritium in a “material blanket” specially designed for the reactor. Otherwise, the facility could quickly consume all of the world’s tritium supply, which comes only from certain nuclear reactors. If the blanket contains lithium, the neutrons split some of these nuclei to make more tritium. However, tritium is a highly regulated radioactive substance that is difficult to handle, and Lyman questions whether such a closed system can be developed by 2035.

The debate over the timing reflects tensions over the emergence of new private merger companies who would likely work with DOE to develop the ideas they already have. Some startups have piqued the interest of high-tech billionaires. For example, Bill Gates supports Commonwealth Fusion Systems, whose ideas focus on the use of solenoids made from high temperature superconductors, and Jeff Bezos supports General Fusion, which uses mechanical pumps to compress and heat a plasma. Such private investments are a major reason Madia says he is optimistic about the pilot plant. “When people like Bill Gates and Jeff Bezos get involved, they do interesting things,” he says.

But fusion startups promise more than they can deliver, argues Lyman. He fears that investors familiar with the high-tech economy, where failure cannot be fatal, will take the same risky stance towards capital-intensive energy research that is far less forgiving. “They think they only have an idea and can get rich from the idea without actually fulfilling it,” says Lyman. The development of a fusion reactor “can’t be done in your garage, so you need to be careful with this setting.” Lyman also cautions that fusion startups are asking the Nuclear Regulatory Commission to relax safety requirements in ways it believes is not justified.

Still, the report’s call for public-private teams to be set up to flesh out the various concepts for a pilot plant would be of great benefit, says Steven Cowley, director of Princeton Plasma Physics Laboratory, DOE’s fusion laboratory. “The US needs its own version of the design of a fusion reactor to see what it is and how close we are,” says Cowley. “I think that has tremendous value.”

Vergecast: Australia vs Big Tech, Nintendo Direct, and the state of TV – The Verge