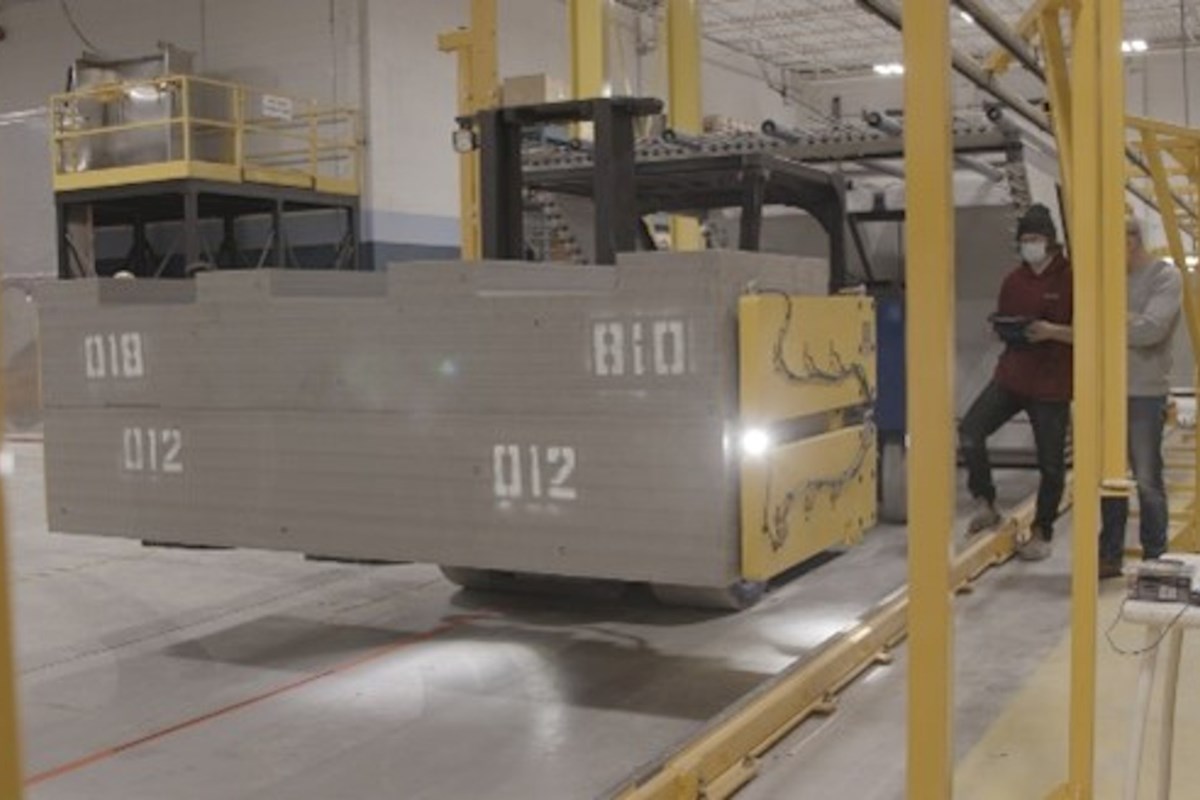 Rock, steel, copper and clay will encase nuclear waste for ‘many thousands of years’

The organization looking for a new underground home for Canada’s nuclear waste ran through a trial run recently on the equipment and method needed to safely store this material.

The Nuclear Waste Management Organization (NWMO) said it has “successfully” completed a full-scale demonstration of the “engineered barriers” to containerize and store spent nuclear fuel inside a proposed deep geological repository, which could be built in the Dryden area of northwestern Ontario.

The site selection process began more than a decade ago with 22 interested communities initially in the running.

Plans call for the repository to be built more than 500 meters below ground encased in “natural shield of solid rock.” The design would involve a series of engineered and natural barriers to ensure the facility’s safety “for many thousands of years.”

The recent demonstration at the NWMO’s Oakville test facility involved the construction of a life-size model of the one of the proposed underground storage rooms. Heavy machinery moved containers, designed to hold spent fuel, into the room and filled the remaining space with “protective material” that will ensure the containers strength and durability.

The fuel containers, made of thick carbon steel and coated with corrosion-resistant copper, were encased in protective layers called buffer boxes. These boxes are made of heavy bentonite clay to provide additional protection against corrosion or degradation. Bentonite is considered an effective barrier against water flow and microbial growth.

Each fuel container in its buffer box weighs 8,000 kilograms – “heavier than a large elephant,” according to NWMO – which then were lifted and placed into the room. The remaining space from floor to ceiling was filled with loose granular bentonite.

NWMO said once the demonstration was complete, the room was emptied to evaluate the installation of this system. The analysis of this process will go into the ongoing design and planning of the repository.

“All elements of the demonstration performed as expected and according to plan,” said Chris Boyle, NWMO’s vice president and chief engineer, in a statement.

“The demonstration shows not only the NWMO’s ability to install the engineered-barrier system, but also the caliber of our technical teams, who are invested in the project’s success and committed to doing what’s right for Canadians and Indigenous peoples.”

Once the site is named, the NWMO said the project will undergo “rigorous licensing and regulatory decision-making process” before construction begins.

Fluoride Treatment: What You Should Know