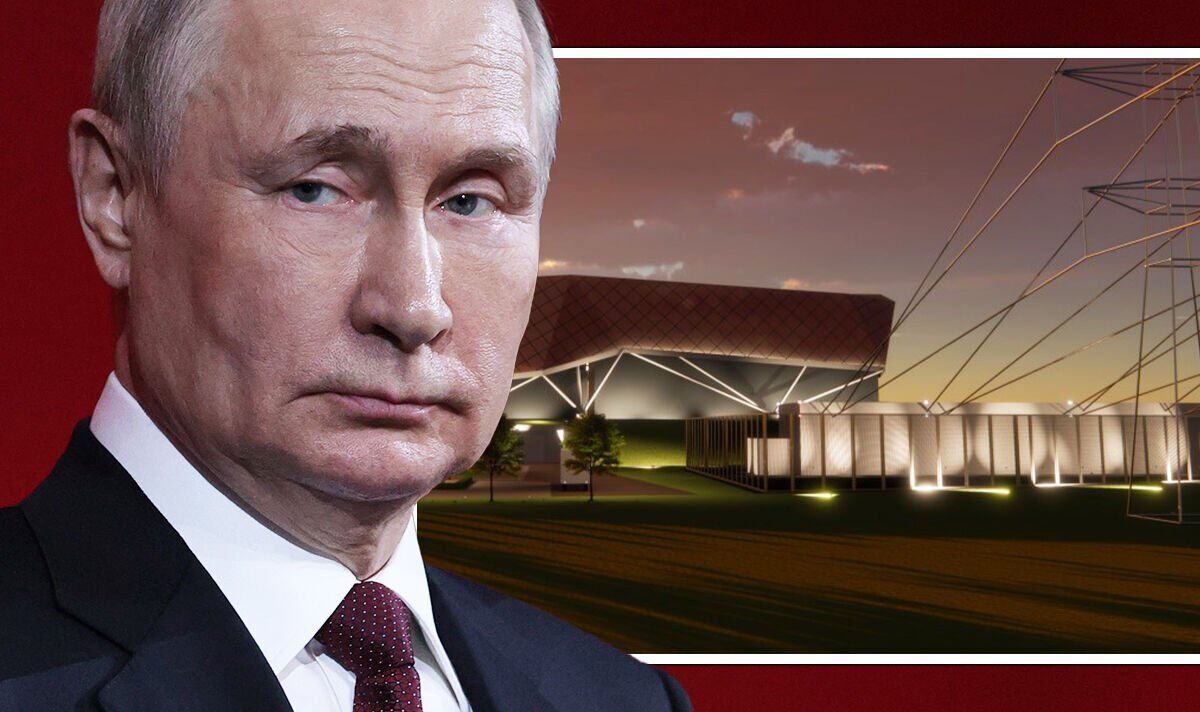 As the West scrambles to roll out a revolutionary from nuclear power, there are fears the market will still be at the mercy of Vladimir Putin as Russia has a tight grip on fuel needed to power it. But an expert has told Express.co.uk that Rolls-Royce, which is developing its own type of reactors, may help the UK break free from Putin’s clutches with its own reserves of nuclear fuel. Small nuclear reactors (SMRs) are a groundbreaking new type of power station which differs from traditional nuclear in the sense that these are much smaller, easier to build, cheaper and quicker to deploy.

But there are concerns, in the US for instance, about the current availability of the fuel needed to power these innovations, known as high assay low enriched uranium (HALEU), given the only company selling this commercially at present is TENEX, a branch of the Kremlin-controlled nuclear giant Rosatom.

HALEU is enriched to levels of up to 20 percent, as opposed to the five percent or thereabouts for the uranium which powers most traditional nuclear plants. The Russian monopoly on HALEU is something the US has reportedly been concerned about for some time.

But while the US plans could be in jeopardy because of this, Dr Paul Dorfman, an Associate Fellow from the Science Policy Research Unit (SPRU) at the University of Sussex, explained to Express.co.uk that Rolls-Royce, which is championing the UK’s drive for a nuclear revolution may not have the same problem.

He said: “It is probably likely that Rolls’ (new reactors) will run on normal five percent uranium, and that can be dealt with via the UK uranium supply which is non-Russian, and UK enrichment, which is also home-based .

“In terms of America, where the big market is, that is not true. For all of advanced newer power, they need higher enrichment of up to 20 percent and that is absolutely key.

“They are caught in a chicken and egg situation. They can’t proliferate their development without the knowledge that they can use and produce HALEU. It is a hugely complex process to tool up for an entire supply chain.

“They can’t do this until they can prove, economically and practically, that they can produce and fill the reactors that will use this product. It is a huge challenge. Russia has a monopoly and that monopoly absolutely stymies the development of advanced reactors in terms of Europe and the US.”

And according to Dr Dorfman, Rolls-Royce’s revolutionary reactors may be able to swerve the same problems the US is likely to face is due to the fact they are going to be larger.

The Government is hoping to build up to 16 of these reactors within the next 25 years, and included this in its energy strategy unveiled in April as a key lifeline that could help Britain eventually wean itself off Russian fossil fuels. It came after Russia laid bare its tight grip on the European energy market after curtailing deliveries to Europe, sending global wholesale gas and electricity prices soaring.

Nuclear energy, an alternative clean power source, was presented by the Government as a means to boost its energy security and independence, with Rolls-Royce’s nuclear reactors having a roll to play in the future UK energy mix. However, given Russia has a monopoly over uranium supplies, there are questions as to whether the UK energy strategy will do what it says on the tin.

“By providing an early commitment and working in series, Rolls-Royce SMRs will be able to contribute to the bold vision set out by the Prime Minister for energy security and decarbonisation. Rolls-Royce SMRs offer an affordable, sustainable and secure low carbon future for the UK and an export opportunity to realize the aims of Global Britain if we act now.”