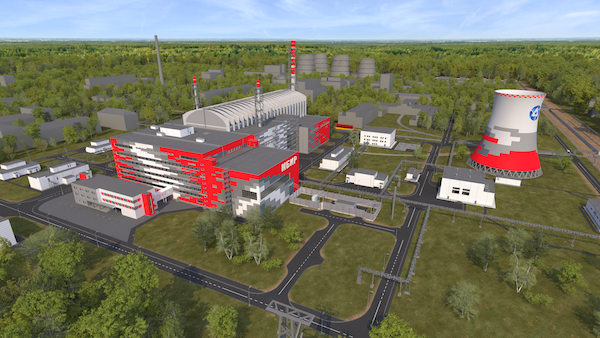 With the MBIR multipurpose research reactor operational, Rosatom expects to provide the nuclear industry with a competitive research infrastructure for at least the next 50 years and to attract researchers from all over the world to work together to develop the future of nuclear energy.

This was announced by Rosatom on November 15th at a conference on “The Program of Advanced Experimental Research at the MBIR Reactor from 2028 to 2040”.

More than 90 scientists, experts and executives from 26 leading scientific centers in Russia took part. The conference heard reports from representatives of Rosatom, the Russian Academy of Sciences, the Kurchatov Institute, the Joint Institute for Nuclear Research and Moscow State University who reported on their involvement in the implementation of the scientific tasks of the MBIR project. Lomonosov and other leading technical universities in Russia.

Rosatom’s Deputy Director General for Science and Strategy, Yuri Olenin, welcomed the participants and emphasized that the construction of the MBIR reactor was a major project not only for the domestic nuclear industry, but for the whole world. “The international park of research reactors is becoming obsolete, they are being shut down. There is a serious need in the global nuclear industry for high performance, high flux reactor facilities. In this context, Rosatom has made a strategic decision to give foreign partners access to the MBIR reactor, he said. “In addition, as we know, the PIK research reactor in Gatchina went into operation in February of this year. Structurally and ideologically, the PIK and MBIR reactors complement each other like reactors with a thermal and fast neutron spectrum. With the commissioning of the MBIR reactor facility, we are creating a unique opportunity for neutron research of all kinds in our country, ”he said.

During the conference, Dmitry Klinov, the head of the MBIR R&D project, presented the Russian program of promising experimental research. Petr Fomichenkov, Deputy Head of the Kurchatov Complex of Advanced Nuclear Power Engineering at the Kurchatov Institute Research Center, spoke about research proposals at MBIR to develop promising reactor concepts. Corresponding member of the Russian Academy of Sciences, Dean of the Faculty of Chemistry at Moscow State University, spoke about the tasks of closing the nuclear fuel cycle in the implementation of the MBIR project. MV Lomonosov Stepan Kalmykov. Egor Lychagin, deputy director for scientific work of the Joint Institute for Nuclear Research Laboratory for Neutron Physics, discussed the possibility of basic research with cold and ultra-cold neutrons.

Sergey Kiverov, deputy director for facilities under construction at JSC “SSC RIAR”, reported on the current status of the project and the construction progress.

“Most of the major construction work this year was completed ahead of schedule, including pouring the reactor block into concrete for +13 meters and installing a floor slab at the base of the reactor shaft,” he said.

The results of the conference were summarized by the Director of International Scientific and Technical Projects of the State Atomic Energy Company Rosatom Vasily Konstantinov:

“Today we are convinced that a multilateral Russian scientific research program has been developed and the capabilities of the MBIR reactor are suitable for a wide range of work in the field of non-energetic applications as well as in the field of fundamental and applied physics.” he. “I am sure that by working together, the program will be transformed into a global international program, the implementation of which will be a well-coordinated work of hundreds of scientists and experts from different countries, and setting the global trend will accelerate the development of fast nuclear energy “.

Participation in the implementation of the international experimental research program based on the MBIR reactor enables the project partners to develop their own national programs in the field of nuclear energy. In order to promote cooperation between Russian and foreign partners, a consortium “International Research Center on the Basis of the MBIR Reactor” (MCI MBIR) has been established, which will become the center of nuclear competence for fast reactors.

“MBIR will be one of the most powerful operated, built and constructed research reactors in the world. It will provide the nuclear industry with a modern and technologically advanced research infrastructure for the next 50 years, ”said MCI MBIR. Up to 50% of the research facility’s capacity is intended for use by international partners. The establishment of the research facility MBIR is part of the comprehensive program “Development of equipment, technologies and scientific research in the field of nuclear energy use in the Russian Federation”, which was adopted by the Russian government at the end of last year. It is expected that the commissioning of the reactor will allow Russia to maintain its position at the forefront of the world’s development of innovative reactor technologies.