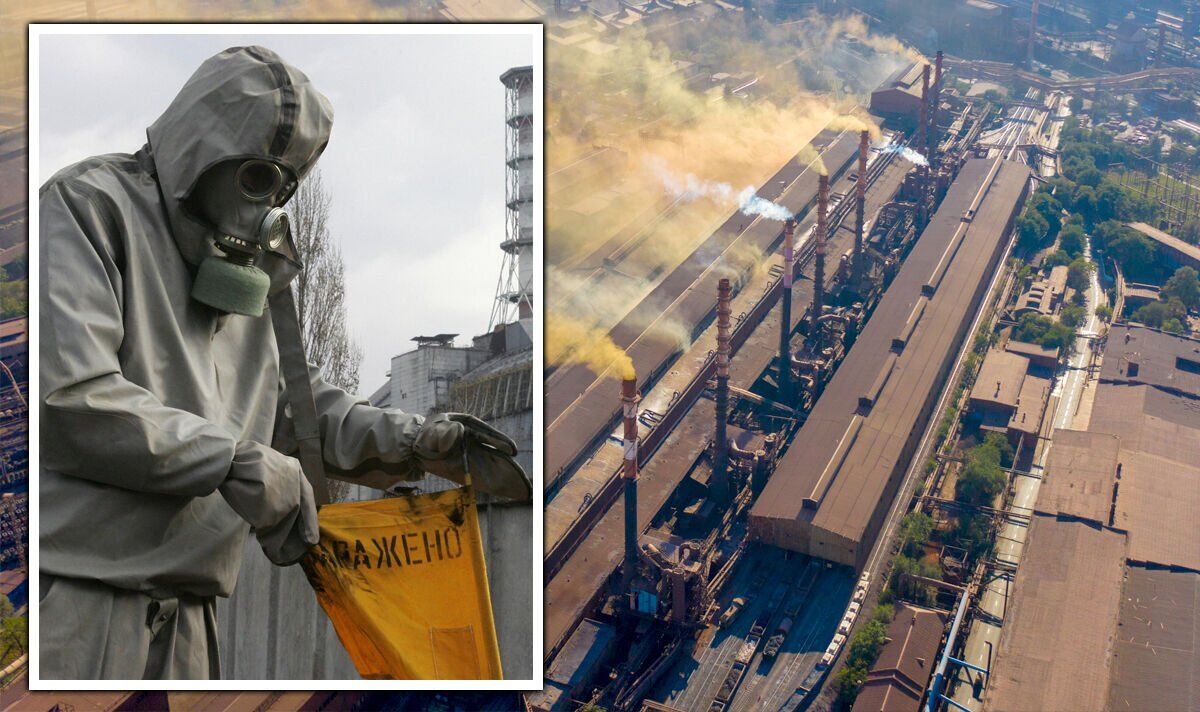 There have been unconfirmed reports that Russian forces at Zapphrizia nuclear plant, Europe’s largest nuclear plant located in Ukraine, could be attempting to drain the cooling ponds there – something which could spell disaster for the continent and the UK. The Russian forces reportedly want to drain the cooling pond in order to conduct weapons searches.

Dr Paul Dorfman told Express.co.uk that this would be “utter madness” and warned of disaster if the Russian forces went through with their plan.

Dr Dorfman is an Associate Fellow, Science Policy Research Unit (SPRU), Sussex Business School, University of Sussex. He has worked with both the Government as well as European Governments on various areas of nuclear policy.

He said: “Draining spent nuclear fuel ponds would be utter madness, as cascading problems could lead to very significant radioactive release – and depending on which way the wind is blowing, the radioactive pollution could either go to Europe or Russia.”

The news comes following unconfirmed reports that a Ukrainian diver had died at Zapphrizia following a beating by Russian soldiers. The diver had refused to enter the pool.

“Enerhodar Mayor Dmytro Orlov reported on July 3 that Andrii Honcharuk died in hospital after he was brutally beaten by Russian forces for refusing to dive into [a] pool at the plant.”

Dr Dorfman said it was clear that Ukrainian staff at the nuclear plant were working “under duress” and that “one significant wrong step” could spell disaster.

He said: “The fact is, one significant wrong step, one incident will change everything, irrevocably. Both for Ukraine and also for the global nuclear project.

“Even [the] Nuclear Energy Agency admits profoundly limited real-time information about what’s really happening on the ground. It’s a shooting war, after all.

“So, the Russian invasion of Ukraine unveils the reality of the weaponization of civil nuclear.

“It’s clear that Ukraine’s nuclear workers are under huge duress – and that could lead to very troublesome consequences. Nuclear is a high-risk endeavor, after all.”

This isn’t the first time that Zapphrizia has caused anxiety among experts with knowledge of nuclear plants.

Earlier this year, the nuclear plant reportedly sustained damage due to Russian shelling, a fire was reported there.

Dr Dorfman said of the incident: “I didn’t sleep for a few days.”

Zapphrizia has six reactors, currently four of the six are shut down or are in the process of being cooled down, according to the Nuclear Energy Agency (NEA).

The ODEC NEA is an intergovernmental agency that works internationally on nuclear technology, science, law and safety.

At the start of the war, the British Journal of Haematology published a strong warning about the dangers of having nuclear reactors on the frontline, penned by renowned doctor Robert Peter Gale.

It read: “There are many ways a nuclear power facility can be damaged in a war. For example, a ground-or air-launched rocket could breach the containment reactor vessel.”

He added: “The worst scenario could be equivalent to the impact of 15 Chernobyl-size- accidents. This would provoke acute radiation syndrome and long-term consequences of increased cancers, including leukaemias in massive numbers of soldiers and civilians on both sides of the conflict.”

Dr Gale is regarded as a world expert on the medical response to nuclear and radiation accidents and was involved in rescue efforts at the Chornobyl and Fukushima nuclear disasters.

Technology is political in more ways than one – Medium

The UK Is Racing To Ramp Up Nuclear Power Capacity