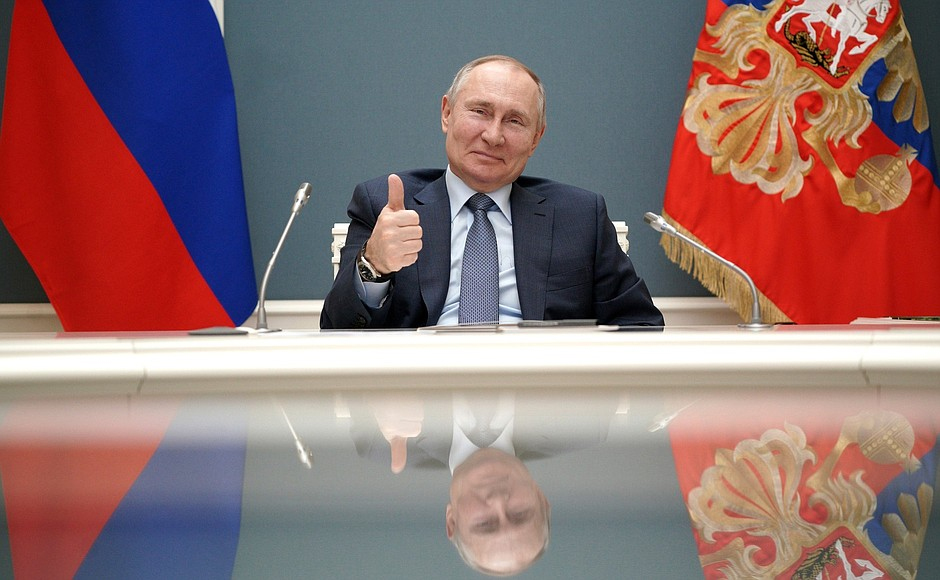 “I give you the all-clear, carry on!” Putin said Rosatom executive director Alexei Likhachev.

Akkuyu is the world’s largest nuclear construction site as three reactors are being built there at the same time. Work on the NPP began in March 2018, and the concrete base of the first reactor was completed the following March. Construction of the second unit began in June 2020.

Rosatoms Likhachev told the videoconference that the coronavirus pandemic is “gradually declining,” which could accelerate work on the project.

“There are a number of key projects being carried out on the first engine this year,” he said. “In particular, the reactor pressure vessel will be assembled, the levels of the inner containment vessel will be mounted on the second unit and the melting trap will be installed on the third unit by the end of the year.”

The 4.8 GW nuclear power plant is expected to cost around USD 20 billion. Russian investors are providing the funds, 93% of which will come from Rosatom itself. Likhachev highlighted the benefits of this funding for Turkish companies, saying there are more than 400 in the construction supply chain and that they have won $ 2 billion in contracts.

The construction will be carried out by a 50/50 Russian-Turkish joint venture.

Likhachev added that, as part of International Women’s Day, Akkuyu was the world’s only NPP construction project led by a woman, Rosatoms Anastasia Zoteyeva.

The project has encountered problems since its inception.

In 2015, it seemed doomed after a Turkish F16 shot down a Russian fighter close to the Turkish border with Syria and triggered trade barriers between the two countries.

And in 2018, three Turkish contractors who had worked with Rosatom withdrew from the project after not agreeing on commercial terms for their work (see further reading).

Image: “I give you the all-clear, carry on.” Vladimir Putin at the groundbreaking ceremony on Wednesday (The Kremlin)