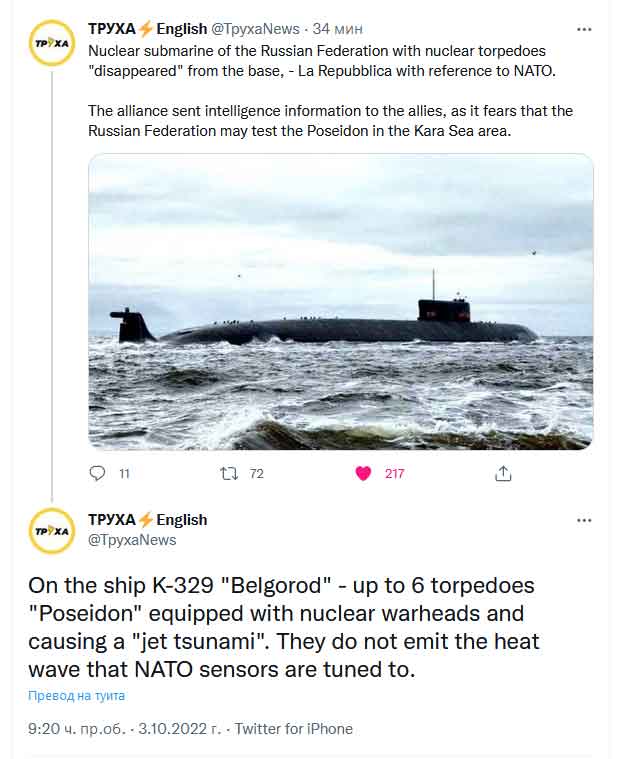 There is no information about which submarine it is. It is meant that the Russian submarine has “disappeared”, ie not lost by the Russian fleet, and not visible to the Allied forces.

In the following tweet, @TpyxaNews explains that the Russian Navy’s K-329 Belgorod submarine can carry up to six Poseidon torpedoes, all equipped with nuclear warheads. These torpedoes can cause a reactive tsunami, writes the Twitter account. This type of submarine does not emit a heat wave. This is a problem for the allied forces, as their submarines and sensors are tuned to feast on the heat wave.

Although @TpyxaNews mentions the submarine K-329 Belgorod, it is not clear if it is this submarine that has disappeared from the sensors of the allied forces. 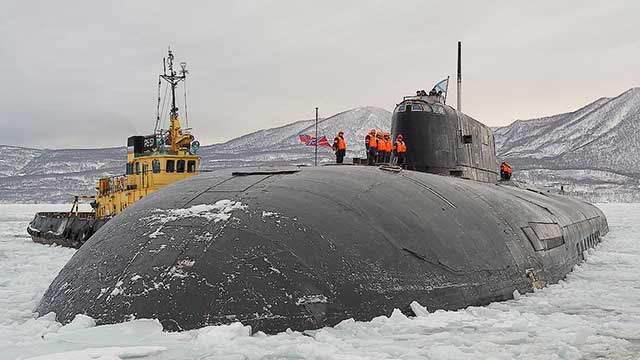 As we reported in July 8, the Russian Navy acquired the largest submarine built in 40 years – Belgorod, Oscar II-class. The information was confirmed by the largest shipbuilding enterprise in Russia – Sevmash.

The Belgorod submarine is a nuclear submarine, and its construction began nearly three years ago – in 2019. The length of the submarine is 184 m and its displacement is 14,700/17,000 tonnes surfaced and 24,000/30,000 tonnes submerged. There is currently no official information on her range, but according to open source data, her maximum speed is 32 knots [59 km/h; 37 mph] surfaced.

The main purpose of the Belgorod submarine is to carry six nuclear unmanned underwater vehicles [UUVs] – the Poseidon nuclear torpedoes. During combat, Belgorod can integrate a small nuclear submarine designed for deep-sea diving under its keel. Belgorod also impresses with other key advantages – the integration of a second rescue submarine on Belgorod’s back, as well as the ability to carry a large payload, including independent nuclear power plants.

The armament of the Belgorod nuclear submarine is standard for this class of submarines – torpedoes, cruise missiles, mines. More impressive is the presence of six Poseidon nuclear torpedoes. 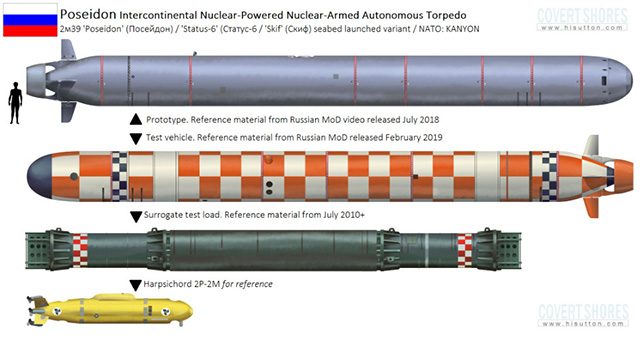 Poseidon is an intercontinental nuclear-powered nuclear-armed autonomous torpedo. The Poseidon is the largest torpedo currently in the world ever developed by any country. The torpedo is 24 meters long and has a diameter of 2 meters. Its speed underwater is remarkable – 70 knots. For people who don’t understand sea speed, 70 knots equals 130 km/h. The torpedo can swim at a depth of 1 km. The propulsion is nuclear, and the warhead it can carry is 2 megatons.

The Belgorod nuclear submarine is becoming a dangerous Russian weapon precisely because of the presence of its Poseidon nuclear torpedoes. HI Sutton writes on his hisutton.com blog that the Poseidon is intended for a second strike, as part of the Russian Federation’s nuclear deterrent, and its targets are coastal cities such as New York and Los Angeles.

“In this scenario, the lack of dependence on satellites and the fact that it literally passes under missile defenses make it a slow but inevitable death. Critically, this is a diversification of Russia’s nuclear deterrent, not a replacement for submarine-launched missiles,” Sutton wrote.

Follow us everywhere and at any time. BulgarianMilitary.com has responsive design and you can open the page from any computer, mobile devices or web browsers. For more up-to-date news, follow our Google News, YouTube, Reddit, LinkedIn, Twitter and Facebook pages. Subscribe to our Newsletter and read our stories in News360App in AppStore or GooglePlay or in FeedlyApp in AppStore or GooglePlay. Our standards: Manifesto & ethical principles.