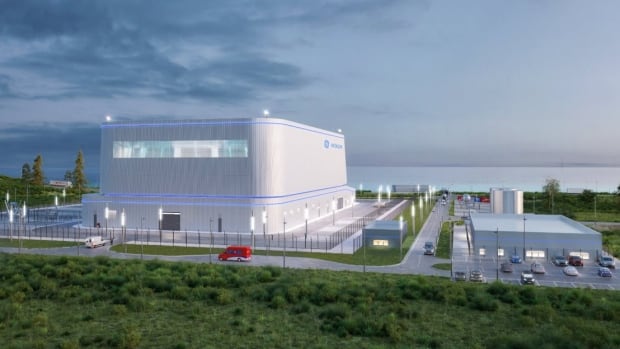 Sask. pushes decision on site of potential small nuclear reactor back to late 2024

The Saskatchewan government’s schedule for potentially building a small modular reactor in the province includes deciding on its location by late 2024 — a revision from the initial schedule published four months ago.

SaskPower recently announced the technology that could be used to build potential reactors, known as SMRs, in the province in the mid-2030s.

At the same time, the Crown Energy Corporation confirmed it’s currently conducting a detailed technical evaluation of potential regions that could host such a nuclear facility. It expects to identify suitable regions this year.

A strategic plan released in March said site selection engagement would also begin this year and a site would be chosen in 2023. However, SaskPower spokesperson Joel Cherry said the utility now expects the selection process to be complete by the fourth quarter of 2024.

“After reviewing the project schedules it was determined that more time for engagement with the public, stakeholders and indigenous rights holders would be beneficial,” Cherry said, pushing the selection timeline back.

Plan to build 2 reactors in 1 location

Cherry said the delay will not impact the overall project schedule or the expected 2029 decision on whether or not to proceed with construction of a first SMR.

The Saskatchewan government has said that if it goes ahead, construction could start as early as 2030 and the reactor could be operational in 2034 — with the potential for construction of three other reactors between 2034 and 2042.

The province’s SMR strategic plan says SaskPower’s plan would have the first two reactors on one site, to reduce long-term licensing costs.

SaskPower will perform an impact assessment for two SMRs on the same site, but the decision on whether to construct the second reactor will be made at a later time, it said.

Doug Opseth, SaskPower’s director of generation asset management planning, said when the utility identifies potentially suitable regions in the province for an SMR this fall, that information will be made public.

Site selection work done so far has focused on technical criteria, he said, such as “water availability for cooling, access to existing transmission infrastructure, access to roads, and importantly, access to communities that have a workforce that could support a reactor like that .”

SaskPower is currently in the process of creating a shortlist of regions based on its criteria, but hasn’t yet ruled any out, he said.

According to the government’s SMR strategic plan, the reactors need to be located on a site that is supported by the host community and meets all technical and regulatory requirements.

As a project proponent, SaskPower said it is responsible for reviewing and considering the Canadian Nuclear Safety Commission’s list of site selection criteria for new nuclear sites, as well as additional criteria.

It said the Saskatchewan government “will bring forward additional socio-economic and regional drivers” in the selection process.

A small modular reactor typically produces 300 megawatts of electricity or less — enough electricity to power 300,000 homes each year, according to the province.

The reactors are considered “modular” because they’re designed to work either independently or as modules in a bigger complex. Modules are generally designed to be small enough to be transported easily — via a standard shipping container, for example.

Big or small, there’s more to a small modular reactor (SMR) than the reactor itself.

WATCH 👀 this video to learn more about #SMRS and how we’ll regulate them. pic.twitter.com/JKMPq7TMNo

The province said the reactors could play a critical role in reducing greenhouse gas emissions from electrical generation in the province and could contribute to Canada’s efforts to address climate change.

Currently, about 75 per cent of electricity in Saskatchewan is generated from fossil fuels.

The deployment of four SMRs would help achieve net-zero emissions in the provincial electrical grid, the government said.

The reactors could also help boost uranium production — including providing new opportunities for uranium produced in Saskatchewan — enhance nuclear research and add jobs in construction and facilities operations, according to the province.

Saskatchewan is one of four provinces in Canada exploring the potential of building SMRs, along with Alberta, Ontario and New Brunswick.

Selection may be difficult: Environmental Society

Ann Coxworth, a research advisor with the Saskatchewan Environmental Society, thinks the site selection process will be complicated and difficult for SaskPower, mainly because it’s proposing a water-cooled reactor.

Coxworth noted the Lake Diefenbaker region has been previously considered for a reactor. According to a consultant’s report commissioned by the then NDP government and prepared for SaskPower in 2007, that area of ​​the province was the Crown utility’s preferred location for a nuclear power plant.

“I think with the frequent droughts that we have and the really heavy demand on the Lake Diefenbaker water, I think they would have a really hard time getting permission to locate on the lake,” she said.

“But again, I assume they would probably want to locate closer to the center of demand, which is obviously in the south,” she said.

“I think wherever they look at a site, there’s going to be a lot of local reaction to deal with.”

Ray Orb, the president of the Saskatchewan Association of Rural Municipalities, said its members got the chance to talk to SaskPower at an association convention about SMR site selection, without getting into the sites under consideration.

Given the federal government’s plan to phase out traditional coal-fired electricity by 2030, Orb wonders about situating an SMR in an area that currently has a coal-fired power plant.

“It kind of makes sense that if you’re going to build something to replace … [coal]you would use the same kind of site, because you’ve already got the grid in place,” he said.

That’s a “great thing” for the province, Orb said, and his association is supportive of nuclear power.

“The site that’s selected, obviously there’s going to have to be co-operation from the residents in that site. But if it is our members that are in favor of it, of course, we will support our members.”

Asked if he thought there are any rural municipalities that would be interested in getting a reactor, he said he thinks there will be, specifically mentioning job creation.

“If you’re looking at a place in Saskatchewan where you’re losing some kind of industry, you’d be kind of eager to get another industry there,” he said.

In a statement to CBC News, a spokesperson with the Saskatchewan Urban Municipalities Association said it had little information regarding the process or areas under consideration. A discussion regarding small modular reactors is set to go before SUMA’s community and economic development committee in late August or early September, the association said.

A statement from the Métis Nation-Saskatchewan said when the subject of potential locations for small modular reactors was raised, it organized information sessions in collaboration with SaskPower.

The province of Saskatchewan and SaskPower have taken important first steps on this topic to ensure that Métis voices will be heard, the organization said, adding it believes those steps won’t be the last.

CBC also requested comment from the Federation of Sovereign Indigenous Nations and New North, a northern Saskatchewan municipal lobby organization, but has not yet had a response.

Nuclear power was already stigmatized. Heatwaves are shutting down plants and making it worse – Fortune