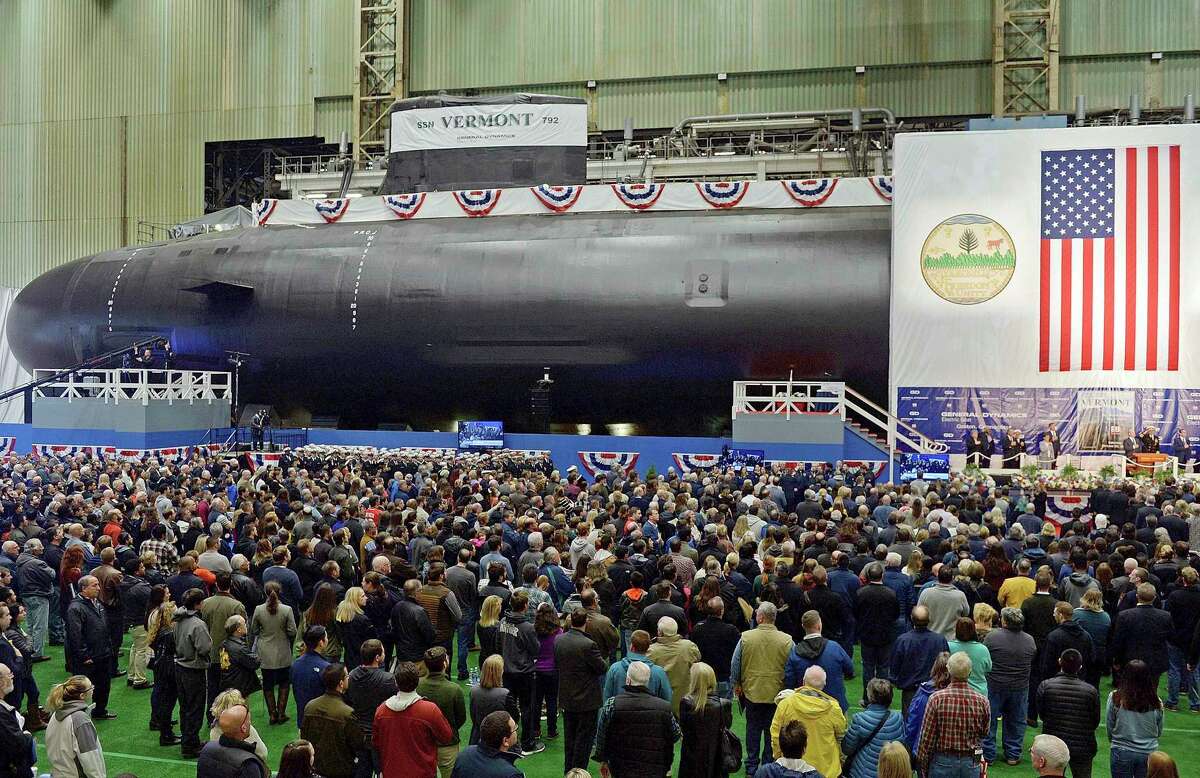 Scaffold of submarine being build at Electric Boat catches fire

GROTON — City crews along with several other agencies responded to a fire on the scaffolding of a submarine under construction at General Dynamics Electric Boat shipyard Wednesday morning, officials said.

Officials at Electric Boat said the blaze was limited to the exterior of the submarine under construction and would not hold up production of the boat. The portion of the submarine that would house nuclear capabilities had not been built yet, Groton firefighters said.

The fire, which McFadden described as small, was on top of a section of the unassembled submarine. It didn’t have any radioactive material, he said.

The fire “was out very quickly,” McFadden said.

Groton firefighters were on the scene for about 90 minutes, Tompkins said. The city in conjunction with Electric Boat will be in charge of the investigation of how the blaze started, Tompkins said.

McFadden called the damage to the submarine “minimal” and said “all personnel have been accounted for.”

Christine Dempsey is a veteran reporter with decades of experience at newspapers in Connecticut and New York, including The Bristol Press, the Journal Inquirer and The Hartford Courant. She has covered everything from town meetings and light features to breaking news. She has ridden in patrol cars and even bicycled with officers to better learn how police do their jobs. She has won awards for her crime stories, tales of heroic rescues and for chronicling the lives of people experiencing homelessness. She loves to tell a good narrative story.

A new nuclear power station needs a vast supply of water. But where will Sizewell C get it from? – The Guardians