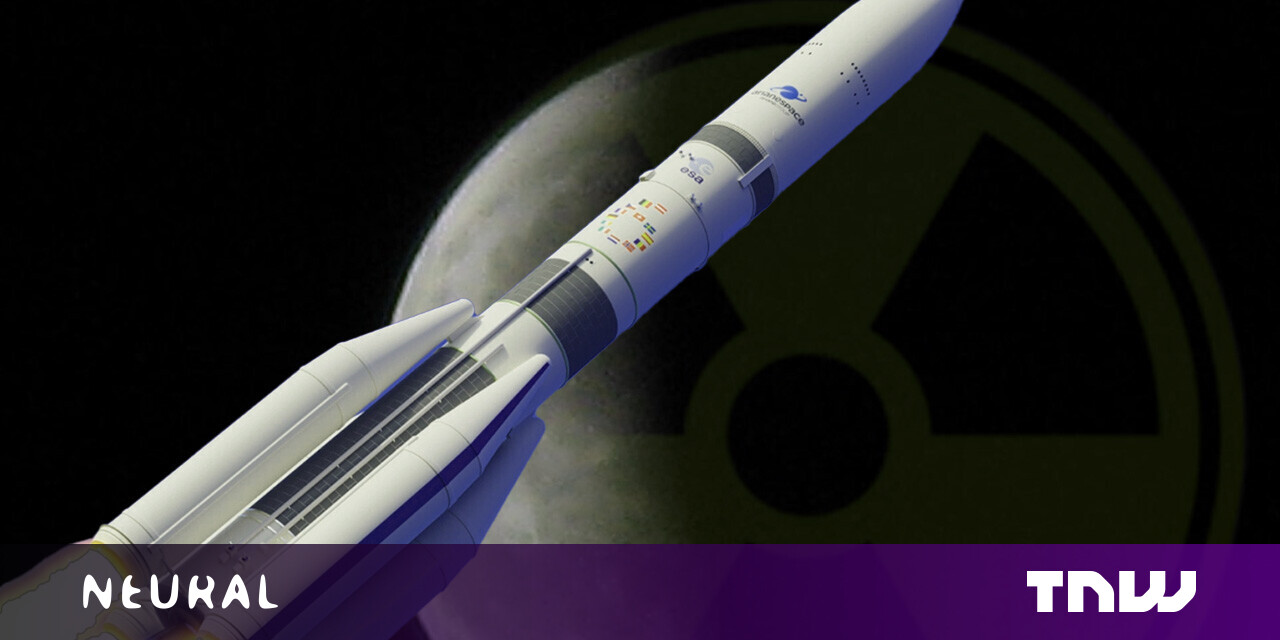 Ministers at the European Space Agency (ESA) recently approved funding for a special project to build nuclear waste-powered batteries for use in space exploration. If successful, the new tech would make it possible to conduct operations in areas where access to solar energy is degraded or absent, such as on the dark side of the moon.

Researchers working with the ESA believe they can use americium, a radioactive element derived from plutonium decay, to generate sufficient heat to both warm equipment and generate electricity to power functionality. This would represent the first time americium has been used in this manner, but the innovation comes at a necessary time for the European space program.

Current batteries rely on plutonium-238, an element that’s challenging and expensive to produce. The US and Russia house the lion’s share of the world’s supply and, unfortunately, NASA barely has enough to power its own ambitions. The only option, at this point, is for the ESA to find an alternative.

Subscribe to our newsletter now for a weekly recap of our favorite AI stories in your inbox.

To that end, the ESA has earmarked 29 million euros for the development of an americium battery. According to researchers, the element is both easier and less expensive to produce. Unfortunately, it also yields less potential energy than plutonium-238, but scientists believe the tradeoffs will work out in the ESA’s favor.

Plutonium-238 is created through a two-stage process that involves irradiating neptunium-237 in a special reactor. It’s much cheaper to develop americium, as it’s derived from the plutonium that’s used in the kinds of nuclear reactors used in civil power plants. Due to its relative abundance, it costs about one fifth the price to produce an individual watt of power using americium versus plutonium-238.

What this all boils down to, for Europe’s space program, is the freedom to conduct operations without dependence on US or Russian fuel sources. As ESA advisory committee chair Athena Coustenis recently told Nature, “The current political situation demonstrates that you cannot always rely on partners.” This is, of course, a reference to the agency’s previous reliance on Russian plutonium.

Despite the green light from the ESA and the current body of research on americium, this project represents the first time it’ll be used as a power source in this type of battery. Scientists expect there are still some kinks to work out before we use Europe’s stock of americium-laden nuclear waste to light up the dark side of the moon and other shadowy areas of outer space.

The current expectation is that ESA rockets will carry americium battery technology “by the end of the decade.” Over the next three years, however, the ESA’s testing team will develop special prototypes for use in spacelike environments here on Earth.

Once perfected, the new battery technology should allow ESA astronauts and scientists to conduct solo missions — that is, space studies without the necessary aid of non-European research partners such as the US or Russia. It should also save the agency some money in the long term, which could potentially be reinvested in the space program.

This should be a win-win for Europeans interested in the great beyond, but ESA engineers still have the problem of maintaining the integrity of the radioactive substances and the safety of the crew who’ll be handling the batteries and operating the equipment they’re used in

They can’t simply repurpose the old containers, as it takes more americium to produce the required energy than plutonium. To that end, according to Nature, the ESA is developing specialized containers capable of emitting the heat generated by americium, but none of its radioactivity.

There are no guarantees in science, but based on the previous research, this seems like good news for Europe’s ambitions to bring its own space program in line with NASA’s.