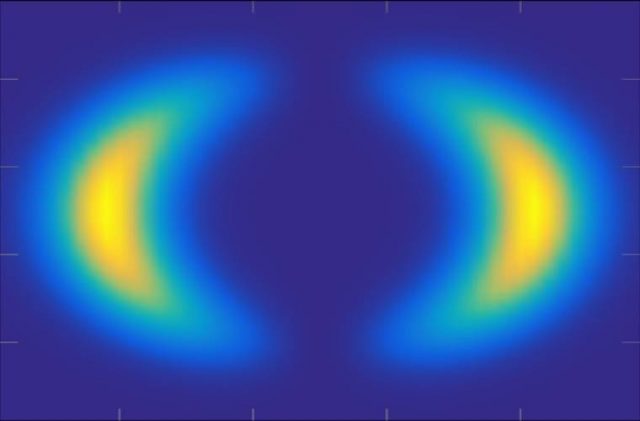 Scientists haven’t “created” a warp bubble, but they’re a little closer to testing one

Excuse our hopeful space nerds, but we have to burst everyone’s warp bubble. Despite recent reports that scientists “accidentally created a warp bubble,” it looks like warp speed is still a few baby steps away. But all hope is not lost: A group of scientists led by Dr. Harold G. “Sunny” White proposed a structure that could actually be built in the real world and used to study the Casimir effect. It might be a baby step, but it’s a real one.

For the uninitiated, the Casimir Effect is a very small force of attraction that exists between two uncharged but conductive parallel plates that are held very, very close together. It used to be a purely hypothetical offshoot of relativity, but now that we’ve seen it in real life, it’s high on the list of real world phenomena that scientists are studying to figure out how we can finally solve the problem of interstellar space can solve exploration.

Specifically, the idea of ​​an Alcubierre warp drive is based on the principle that, under the right conditions, the space between a traveler and his destination could be made to contract. This would mean that a hypothetical ship could break the “cosmic speed limit” by reaching its destination faster than the speed of light without ever having to accelerate its mushy human passengers to relativistic speeds. But the cost is high. To move faster than light, ships like the USS Enterprise must open a warp bubble around them using amounts of energy that things like dilithium and antimatter require. Here on Terra Prime, according to the best human understanding, exotic matter is still needed to create the conditions for a warp bubble. But scientists have learned to create the Casimir Effect without resorting to exotic matter, and if we want to contract the space ourselves, then the best thing to do is to find out all about spontaneous attractions in nature.

The paper describing the structure in question is quite dense. It reports an analysis of the distribution of quantum vacuum energy around a spherical bead of silver-plated silicon, which is fixed in the center of a cylinder held between two parallel plates. The abstract states that “a structure in the micro / nano range has been discovered that predicts a negative energy density distribution that comes very close to the requirements for the Alcubierre metric”. Later it characterizes its specific target more precisely than the “predicted toroidal Casimir energy density distribution for” [a] Ball-cylinder system consisting of a ball with a diameter of 1 µm, which is suspended in the middle of a cylinder with a diameter of 4 µm. “ Fig. 1 (top) shows some extreme close-ups of parallel plate structures that have been suggested for studying the Casimir effect. (Image: study authors.)

The study was presumptive, and the paper specifically recognizes this as such, but several of the paper’s initial attributions got things wrong. This led to various articles claiming the new discovery was “the creation of an actual, real-world warp bubble”. The following quote is representative of the initial confusion:

“To be clear, our result is not an analog of warp bubbles, it is a real warp bubble, albeit humble and tiny,” White told The Debrief, quickly dispensing with the notion that this was anything but that Creation of an actual, real warp bubble. “Hence the meaning.”

This statement is not supported by the paper, as Dr. White was discussing when we contacted him for an interview. “One thing I want to make very clear here,” he told ExtremeTech, “is that we ran numerical analysis to identify a real world structure that could be made and that is predicted to be a real warp -Bubble. We didn’t build a real warp bubble in the lab. The whole premise of real and analog is meant in the context of physics parlance. “

This is what makes these results really significant. To be an analog of another phenomenon means that there is an inevitable gap as to whether any particular research can be generalized between the two. This is the same reason why a drug that has been shown to work in mouse models does not always get out of human clinical trials. Mice, pigs, and monkeys are useful biological analogs to humans, but the overlap is not perfect. Fig. 10 (b): Fictitious micro- / nanostructure, which represents an arrangement of spherical-cylinder units, proposed for the investigation of the Casimir effect. Image: study authors

The researchers performed the modeling of the parallel plate structure and the subsequent numerical analysis with a cluster of 660 Intel Skylake CPUs. “We routinely conduct analyzes of the custom Casimir cavities today as we prepare for some of the empirical work we are doing to measure the Casimir force with some of these custom topologies,” said Dr. White, “and we have to build clusters.” Regularly at this size. We would want a lot more, because even with a thousand CPUs, we have to reduce the details of the model to one point so that it delivers results for us. “

This work, examining the Casimir Effect, is one of several other ambitious research projects at White’s nonprofit, the Limitless Space Institute (LSI). Dr. White compared the organization’s basic “blue sky” research to modern GPS systems, which must take into account both relativity and quantum effects in order to achieve the highest possible accuracy. LSI works with DARPA’s Defense Sciences Office, awards grants and research grants, and conducts its own in-house research at NASA’s Eagleworks laboratory. (Eagleworks is the lab where the EmDrive was built, an experiment that examined a carefully sculpted cavity in hopes that it could capture and direct microwave energy to generate propellant-free thrust.) But the nonprofit has academic ones too Research funded on other exotic ways to get from A to B, including jet energy propulsion and relativistic solar sails, fusion propulsion, and even traversable wormholes. Fig. 8 – Representation of York Time. This image shows the expansion and contraction of space associated with the Alcubierre metric. The plot also includes a simple depiction of ships overlaid to illustrate the alignment of the Ring of Exotic Matter (T00) with the expansion and contraction of space. It should be noted that the flat area in the center of the York-time diagram represents the area of ​​flat space-time in the center of the warp bubble where the coordinate time equals proper time and the self-acceleration & agr; is zero. This would be the place where sensitive spacecraft systems / instruments and possibly crew members would be located.

NASA has long been synonymous with space exploration. Lately people have started putting boots on the moon again, but that is not the limit of our ambition; We have satellites and Voyager and landers and solar probes and even a brave little rover that hangs out on the surface of Mars doing all sorts of scientific work with its companion drone, trying to find the way and finally pave the way for people to land there .

But suppose you wanted to send something like a human to the rings of Saturn on a timescale of hundreds of days, comparable to the current travel time between here and Mars. Fission or even fusion could be used to bring us far within reach of the outer solar system. “Nuclear-electric propulsion, where you have a nuclear reactor coupled to some form of electric propulsion, Hall thrusters, whatever – that kind of architecture can get people to any destination in the solar system,” said Dr. White. “It is well researched in the literature; All it takes is dedication to building these systems and putting them into operation. “

Although it costs an order of magnitude more energy to get a payload to Saturn than it does to get the same payload to LEO, the megawatt-scale power requirements are not beyond the reach of nuclear-electric or even chemical propulsion. As the sizes become smaller, the electricity demand could potentially be met by a microreactor on the order of the wagon-size types that are being researched elsewhere in the public sector. We can muster the energy to reach incredibly distant places; What we can’t do just yet is get there fast enough to be worth the trip. “The nuclear-electric propulsion gives us the solar system,” said Dr. White. “But if we want to get to another star system within a fraction of a human’s life, we have to look to the limits of physics there.”

Note: The debrief has updated its story since it was published to remove the phrase “anything but the creation of an actual warp bubble in the real world,” but the heading still implies that a specific, reproducible phenomenon was observed / discovered would. This is imprecise. This paper describes a model that predicts a phenomenon. Scientists have yet to observe or create a real warp bubble, be it in nature or in a laboratory.

A reactor at the St. Lucie Nuclear Power Plant had failed for over a day after being manually shut down