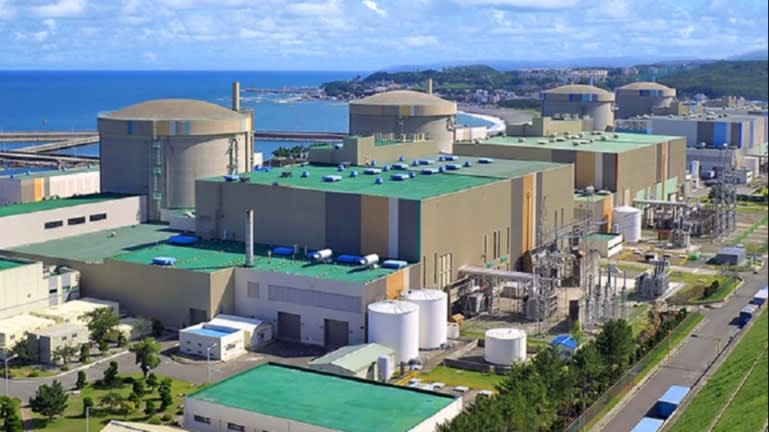 SEOUL – South Korea has adopted mini-reactors as part of the government’s approach to carbon neutrality, despite President Moon Jae-ins stepping back on earlier promise to phase out nuclear power.

The small modular reactors, or SMRs, are mainly developed at Munmu Daewang Science Research Center, which is scheduled to open in Gyeongju City in 2025. The government has earmarked 326.3 billion won ($ 281 million) for construction, and the entire project is expected to cost over $ 500 million.

“Our country will continue to develop nuclear technology as a driving force for energy and the economy,” said Prime Minister Kim Bookyum at the groundbreaking ceremony at the end of July.

The complex will house 16 research facilities. In addition to SMRs, the research center will research technologies for the storage of nuclear waste and the dismantling of reactors.

A single SMR generates less than 5% of the electrical power of a conventional nuclear power plant. This reactor is submerged in a pool of water, an arrangement that is believed to be safer than normal reactors. SMRs also lower costs because critical components can be manufactured in factories and assembled on site.

Russia has started commercial operation of SMRs. The USA and Great Britain conduct research and development on the small reactors. Last summer, a model from the American startup NuScale Power received planning permission from the US Nuclear Regulatory Commission.

The South Korean company Doosan Heavy Industries & Construction, which has the know-how to manufacture turbines and other SMR components, participates in the NuScale project. Seoul is tapping universities and government-related research institutions to advance research and development towards the next generation of nuclear power.

But even if the SMR technology is fully established, the government will likely spend a lot of time negotiating with the locals and buying land for the new reactors. Nuclear waste disposal remains a challenge in South Korea, and protection from terrorism will be imperative.

One of the ways Moon won the presidency in 2017 was a fight against nuclear power. After his tenure, Moon said he would abandon plans to build nuclear power plants and prohibit aging plants from extending operations.

However, he withdrew from these statements after experts spoke out against the planned cancellation of plant projects already under construction. The government also restarted facilities that were suspended for inspection after businesses and consumers complained about power shortages and tariff increases.

The promotion of government support for SMR research is the declared goal of achieving net zero greenhouse gas emissions by the middle of the century.

“We will have to make nuclear power an important source of energy for the next 60 years,” Kim said in a parliamentary debate in June.

Nuclear power accounted for 18.2% of the South Korean energy mix last year, the third largest category after liquefied natural gas with 32.3% and coal with 28.1%. Megasolar farms are impractical because South Korea has little flat land.

South Korea would be “approaching the imagination” if it expected to achieve carbon neutrality while abandoning nuclear power, said Park Ju-heon, an economics professor at Dongduk Women’s University in Seoul.