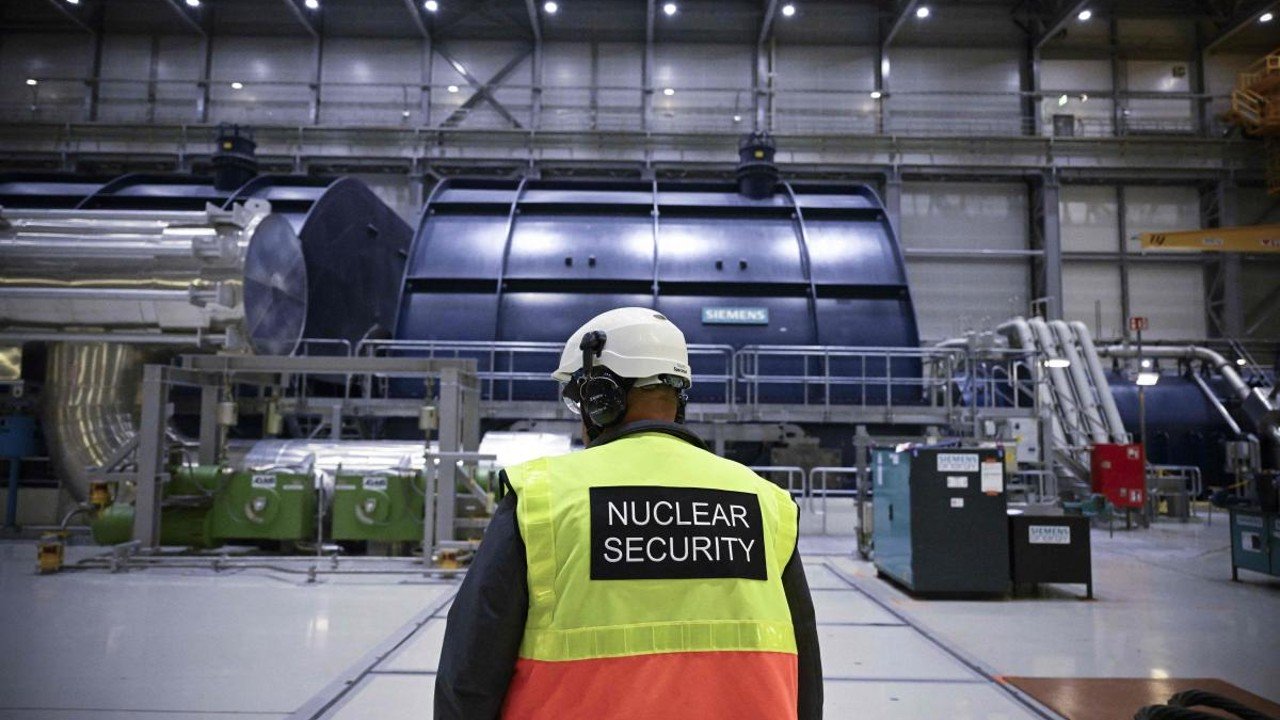 One important point that emerged during the 2021 United Nations Climate Change Conference (COP-26) at Glasgow was that renewable energy resources such as solar, wind and hydropower cannot always be relied upon to supplement fossil fuel-generated energy as they are weather-dependent .

The International Energy Agency (IEA) noted that achieving net-zero greenhouse gas emissions by 2050 will require doubling nuclear power worldwide. The most important reason for this is that nuclear power has inbuilt flexibility to address fluctuations in energy demand and supply and to maintain grid stability. Apart from generating electricity, nuclear plants can also produce hydrogen and help decarbonise other sectors of the economy. As a result, nuclear power is reemerging as an inevitable option for many countries.

So Read| Nuclear belligerence: A history of close calls

China, for example, plans to build around 150 reactors over the next 15 years at a cost of about $440 billion. India is exploring many options to reduce its carbon emissions. All thermal power plants in the country are expected to be shut down by 2070. The government announced a target of tripling its annual nuclear power generation in the next 10 years.

NITI Aayog member and scientist VK Saraswat, in a recent interview with PTI, suggested that the government should focus on setting up small modular reactors as it would help meet India’s energy needs and can replace aging thermal power plants.

The International Atomic Agency-Energy (IAEA) defines small nuclear reactors as those with power up to 300 MW-electric (MWe)—about one-third of the generating capacity of traditional nuclear power plants. These reactors can be used for power generation, processing heat, desalination, or other industrial uses. SMRs mostly use low enriched uranium as fuel and may employ light water, gas, liquid metal or molten salt as coolants. The modular design permits the power plant to have as many modules as required. SMRs, in view of their lower power and modularity, are best-suited for both baseload and flexible mode of operations and thus are grid-friendly.

Small reactors are simpler in design, more robust than larger ones and easier to construct and operate. The most important feature is the inherent safety of the reactor. There is a paradigm shift in the level of safety in their design, with no large primary coolant pumping and piping systems used in large nuclear power plants.

SMRs use much smaller amounts of fuel compared to conventional power plants. In the event of off-normal situations, the reactor will safely shut down and cool itself without any operator action and external power source.

The conventional large nuclear power plants are mandated to prepare off-site emergency plans involving countermeasures like sheltering, distribution of iodine tablets and evacuation of people in the neighborhood in the event of loss of coolant accidents resulting in huge releases of radioactivity to the environment. SMRs, on the other hand, with their high passive safety features, do not require any emergency countermeasures for the neighborhood.

Small reactors are amenable to standardization which decreases the capital cost and minimizes the efforts required to meet the licensing requirements of the regulatory bodies. As SMRs are less expensive and their construction and licensing times are shorter than the same for large reactors, the financial risk of investing a large amount of money is considerably reduced.

SMRs are designed in such a way that they can be manufactured in an off-site factory, transported and assembled on the site. Simplicity in design also means easier automation, maintenance, equipment inspection and operator training. As the space required for SMRs is considerably less, they can be easily installed in brownfields (previously developed land that is not currently in use) replacing the retired coal-fired plants. With all these features, SMRs can support the economic, environmental and social basis for better sustainable development.

Many designs of SMRs

There are more than 70 SMR designs under investigation in 17 countries, according to the International Atomic Energy Agency (IAEA). Several countries have already invested heavily in SMR technology. Recently the United State Nuclear Regulatory Commission approved the design of NuScale Power company for a plant of 600-MW capacity consisting of 12 modules of 50-MW SMRs. A few of them are expected to be commissioned before 2030.

In the United Kingdom, Rolls Royce is establishing a centralized manufacturing facility to produce SMRs. In Canada, Global First Power (GFP) has applied for a license to prepare a site for its 15-MW thermal Micro Modular Reactor (MMR) at Chalk River in Ontario. In Poland, one electricity utility, in collaboration with a USA company, has decided to install SMRs on its site after retiring the old coal-powered plants, making effective use of the available resources like grid connections, water supply, civil structures and skilled workers .

A road map for India

The Department of Atomic Energy has decades of experience in the design, construction and operation of both small research reactors and large nuclear power plants. It has also demonstrated its capability to build small compact reactors for nuclear submarines. Low enriched uranium needed for the SMRs can be imported under existing IAEA safeguard practices.

Like Poland, India can also think of installing the SMRs in the sites where coal plants are being retired. Scientists at the National Institute of Advanced Studies, Bengaluru have evaluated several such brownfield candidate sites for the location of SMRs, as part of a research project.

The objective of reducing carbon emission in the given timeframe can be met only if we can build SMRs involving private and public sectors in a time-bound manner, as deemed necessary. To achieve this, the government should change the power sector policies and the current regulatory review processes appropriately. These can ensure radiological and environmental safety and physical security of the nuclear facilities and will help secure the public acceptance of new reactors.

(The author is the former director (Radiological Safety), Atomic Energy Regulatory Board)

Eileen Joyce Donovan on Writing: “I Can’t Imagine Doing Anything Else”