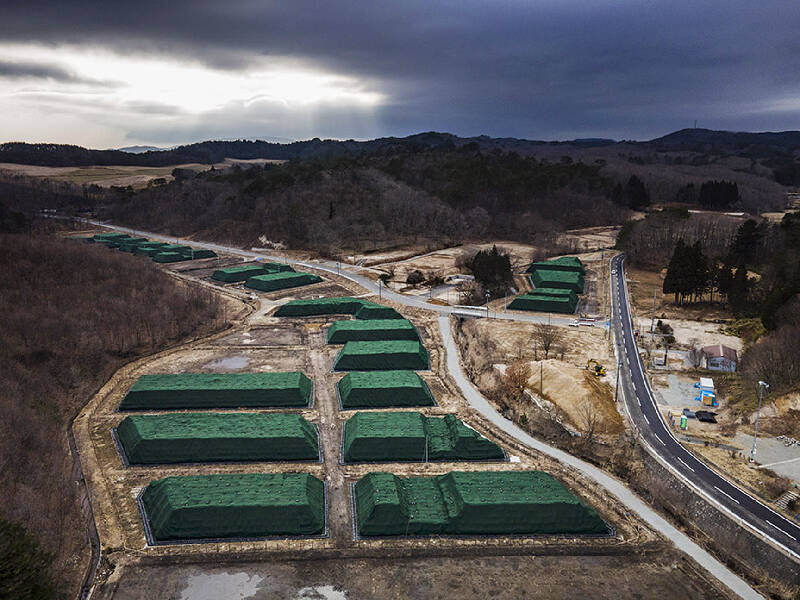 Sohn: Fukushima’s nuclear meltdowns still have lessons for us in the Tennessee Valley

Ten years ago this week, the world watched in horror as a multi-reactor nuclear power plant in Fukushima, Japan, collapsed on live television day after day – the aftermath of a natural disaster in the form of a March 11, 2011 earthquake and subsequent tsunami.

We had to be careful. A month and a half after the Fukushima disaster, a tornado outbreak in April 2011 – 492 tornadoes in the southeast in three days – killed nearly 360 people, turning miles of power grids in northeast Alabama and Mississippi into giant steel pretzels sent all three reactors by Browns Ferry in the “automatic” shutdown.

All nuclear power plants are designed to automatically shut down if something goes wrong. It’s a safety feature – like a fuse that blows when your circuits are overloaded. But it is not fail-safe, as Fukushima continues to show us.

In Japan, even a shutdown triggered by the vibration could not prevent a disaster when, less than an hour after the quake, two giant ocean waves flooded the emergency diesel generators, the seawater pumps, the emergency electrical switchgear and a number of emergency generators in the basement of the facility. With no electricity, the pumped cooling water flow ceased to surround the pooled hot radioactive spent fuel rods and reactor cores.

From that point on, the dominoes fell quickly and within three days three out of six reactor cores in Fukushima had melted. Explosions tore away parts of the security structures. Within a few hours, the mandatory evacuations began within a 12.4 mile radius. A voluntary evacuation was extended to the nearest concentric six mile radius, and 10 days later the Japanese government declared the inner circle a “no-go” area.

Almost half a million people have been displaced and tens of thousands still cannot return as much of the land remains uninhabitable. In March 2019, the Japanese Center for Economic Research put the full cost of dealing with the disaster conservatively at between $ 315 billion and $ 728 billion.

Mounds of radioactive earth under green tarpaulins in Katsurao, a rural area about 10 miles inland from the meltdown in the Japanese prefecture of Fukushima, March 6, 2021. Ten years after a devastating earthquake, tsunami and meltdown, returnees are relocating to places that feel familiar and hostile at the same time. (James Whitlow Delano / The New York Times)

Meanwhile the tornadoes are …

After the Tennessee Valley tornadoes tore down 353 of TVA’s monster power towers and tore out 108 power transmission lines, the 3,400 megawatts of electricity generated at Browns Ferry ran out of space. The system “stumbled” and went into automatic shutdown. TVA said the facility operated as it was designed.

We avoided Fukushima-like collapses, but it wasn’t as easy as TVA first wanted us to believe.

Without electricity (nuclear power plants generate their own electricity), the plant’s three reactors and three pools of spent fuel were cooled for at least five days, with only diesel generator electricity sucking in water from the Tennessee River.

Despite TVA statements at the time that everything was working as it should, documents the utility later had to file with the Nuclear Regulatory Commission showed that two of the plant’s eight diesel generators did not work for about 40 and 50 minutes, respectively. And that’s not all.

Reactor operators were distracted while the flow of cooling water was operated manually, and one reactor’s water began to boil faster than it could be replaced with cooling water.

In addition, a valve failed, a diesel-powered fire pump failed, the diesel-powered generator for the security station failed, the warning sirens went off, the power supply to the chemistry laboratory went out, and at least one of the emergency diesel generators was holding cold water.The power to Unit 1 was cut off due to voltage fluctuations caused by a fluid leak after a brass fitting broke.

So much for TVA’s claim that “the equipment worked as planned”.

The water in the reactor boiled low enough to set off another shutdown alarm in the control room, said then TVA spokesman Ray Golden, but boiling water still covered the reactor’s fuel.

After the tornadoes, TVA spent nearly $ 200 million to replace the destroyed power lines and another $ 95 million to buy replacement power as Browns Ferry was unable to resume full power generation for weeks.

By this point, Browns Ferry was already under scrutiny by the NRC: a cooling water valve did not work during a routine manual shutdown last fall, and it emerged that the valve may not have worked for 18 months before the tornado erupted.

By July 2013, TVA had been cited by the NRC nine times in three years for incidents at Browns Ferry alone. Watts Bar and Sequoyah also had more than their fair share of quotes, and at one point all three plants were under one or the other warning rating from NRC, including Browns Ferry’s “red” finding – NRC’s most serious asset order violation .

Of course, things were and are much worse in Japan.

Around the Fukushima Daiichi plant, plastic bags with radioactive waste are piled on empty land to this day, and radioactive soil is in massive above-ground bunkers on temporary landfills. What if these plastic bags eventually decompose?

Many streets are only lined with remains of foundations. Fields where pumpkins, radishes and spring onions were once made are fallow. Scientists have found evidence of persistent radiation in the forests. A government proposal to release around one million tons of contaminated water into the sea has rightly angered fishermen in the area.

There are and have been many lessons from Fukushima.

The easiest way would be to avoid building more nuclear power plants.

And yes, TVA has a project proposal on the table right now – the 935 acre small modular reactor site Clinch River in Oak Ridge.

Opponents of the project are already fighting the proposal, urging TVA not to even spend more money on planning nuclear power plants (the utility has abandoned at least 13 nuclear reactors, often after wasting billions of dollars). Instead, opponents argue that we interest payers should insist TVA invest our money in renewable energies such as solar and wind, the costs of which are falling rapidly, while many reactor projects are years ago and billions over budget.

One thing is certain. Climate change will require energy made from something other than fossil fuels, and that something other than fossil fuels include our existing – not new, but existing – nuclear power plants. Climate change also requires the hardening of all power plants and grids that we maintain now and will build in the future.

Fukushima’s teaching is and will remain invaluable.