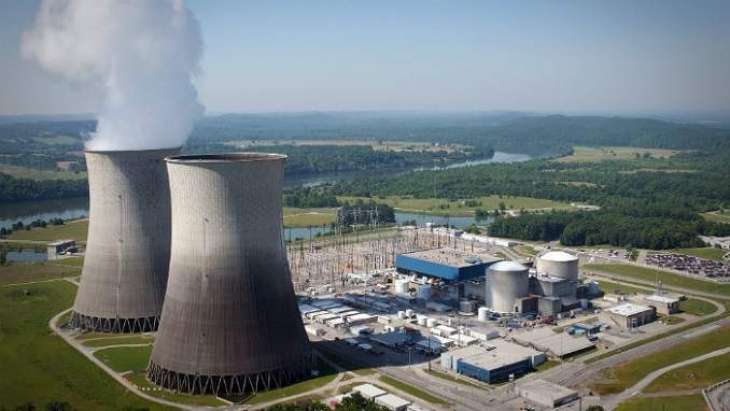 Sri Lanka and Russia are likely to discuss the formation of an agreement to build a Nuclear Power Plant (NPP) in the Asian island at the next meeting of the bilateral Intergovernmental Commission on Trade and Economic Cooperation, due to take place in the second half of the year, with the Sri Lankan Ambassador to Russia , MD Lamawansa, told Sputnik

MOSCOW (UrduPoint News / Sputnik – March 17, 2021) Sri Lanka and Russia are likely to discuss an agreement on the construction of a nuclear power plant (NPP) in the Asian island at the next meeting of the bilateral intergovernmental trade commission and the economic cooperation established in the second half of this year, the Sri Lankan ambassador to Russia, MD Lamawansa, told Sputnik.

According to the ambassador, Moscow and Colombo had to postpone the meeting of the bilateral trade and economic cooperation commission last year due to COVID-19 and now intend to convene in the third or fourth quarter of 2021.

“No firm agreement [on NPP] achieved, can’t even talk about construction without having a solid agreement. That will be discussed at the next meeting of the intergovernmental commission, “said Lamawansa.

So far, no progress has been made in discussions about Russia’s involvement in the possible construction of a nuclear power plant on the island as Colombo dealt with the consequences of COVID-19, the ambassador noted.

Last year, the Russian ambassador in Colombo, Yury Materiy, told Sputnik that Moscow could one day build a nuclear power plant in Sri Lanka, given the island nation’s growing energy needs. According to him, such cooperation could be the result of the Russian nuclear company Rosatom and the relevant Sri Lankan bodies holding their first consultations in 2017 on the Moscow-initiated intergovernmental agreement on cooperation on the peaceful uses of nuclear energy.