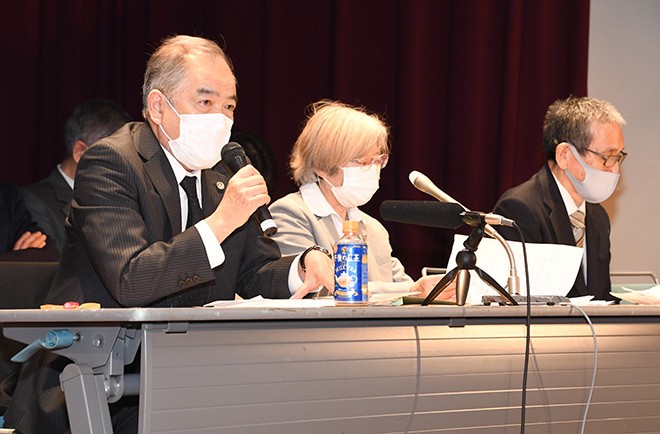 Another high court has ruled that the central government, like Tokyo Electric Power Co., is responsible for not taking any steps to prevent the 2011 triple meltdown at Fukushima Nuclear Power Plant No. 1.

The Tokyo Supreme Court’s February 19 ruling was based on the release of a report pointing to the possibility of a major tsunami in the Fukushima area.

It found that the central government’s failure to respond to the report’s findings was “illegal” and ordered TEPCO 43 plaintiffs now living in Chiba Prefecture to pay a total of around 280 million yen (2.7 million US dollars).

Plaintiffs moved to the Tokyo Prefecture after being evacuated after the nuclear accident caused by the earthquake and tsunami in the Great East of Japan.

The Chiba District Court ruled in September 2017 that only TEPCO is legally required to pay compensation, so plaintiffs appealed to the Supreme Court.

Across Japan, around 30 lawsuits have been filed against TEPCO and the central government by plaintiffs who argue that their lives were in turmoil after they were forced to evacuate due to the nuclear accident.

Of the 14 judgments already passed in the district courts, there is an even split as to whether the central government was liable.

It was again a question of the reliability of a long-term assessment of the likelihood of major earthquakes published by the Science Department Headquarters for the Promotion of Earthquake Research in July 2002. The report indicated that Fukushima Prefecture could be hit by a massive tsunami.

While the Chiba District Court ruled that the accuracy of the assessment was not very high, the Tokyo Supreme Court ruled that “there is a reasonable level of scientific reliability” consistent with the findings of the Japan Society of Civil Engineers (JSCE).

This differed significantly from the Tokyo Supreme Court ruling in January, which found inconsistencies between the assessment and the JSCE’s findings.

The latest decision went on to say that about a year after the report was published, the central government armed with this information could have ordered TEPCO to take action to prevent an accident.

The Supreme Court pointed out that the construction of a coastal dam and the sealing of important equipment at the nuclear power plant could have been carried out in the seven and a half years before the earthquake and tsunami disaster. If these steps had been taken, the total loss of electrical energy required to cool the nuclear reactors could have been avoided.

In light of these factors, the Supreme Court declared that the central government’s failure to exercise its regulatory authority was “an illegal act”.

In calculating the compensation, the Tokyo Supreme Court agreed with the Chiba District Court, recognizing the psychological stress and the effects of the loss of livelihoods of the evacuees.

In addition to lawsuits for compensation, three former TEPCO executives were prosecuted but the Tokyo District Court ruled in September 2019 that they were not guilty. This judgment has been appealed to the Tokyo Supreme Court.

(This article was compiled from reports by Eri Niiya and Senior Staff Writer Eisuke Sasaki.)