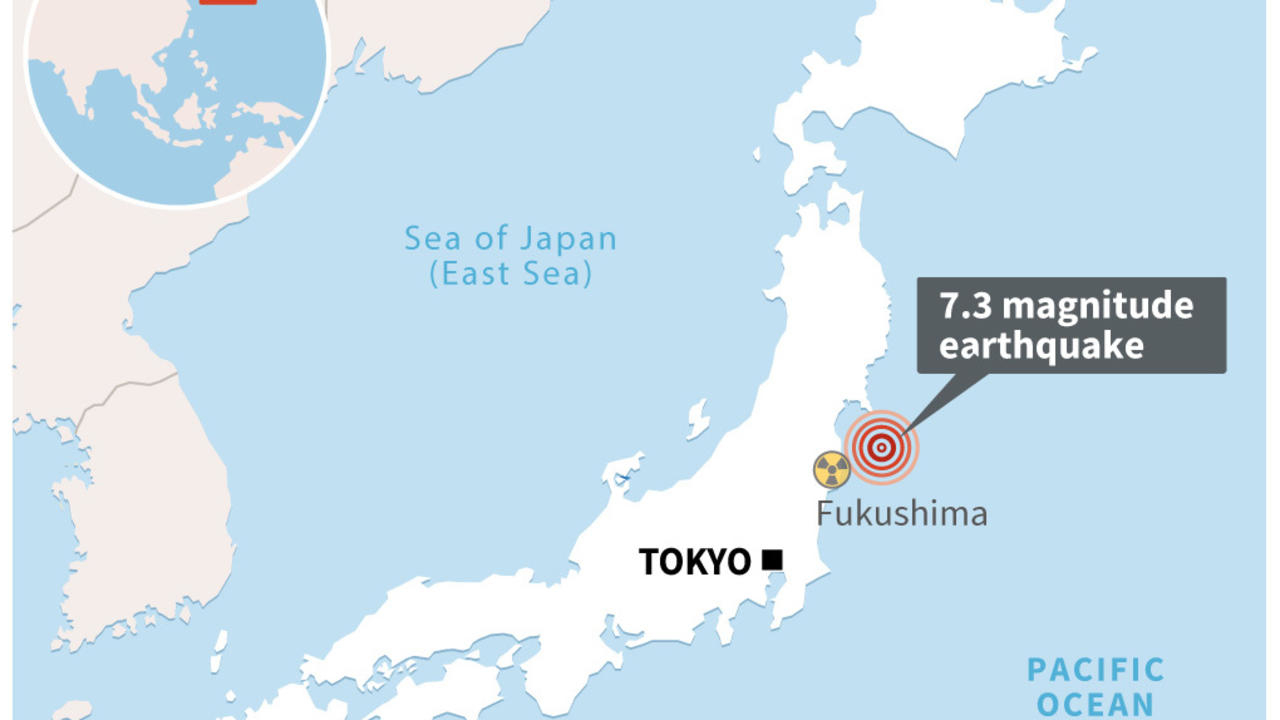 A powerful 7.3 magnitude earthquake hit Japan’s east coast late Saturday, shaking the region hit by the 2011 quake, tsunami and meltdown just weeks before the 10th anniversary of the catastrophe.

The quake caused severe tremors on parts of Japan’s east coast and was strongly felt in Tokyo, but did not trigger a tsunami alarm.

Kyodo News Agency reported at least 30 people injured but did not provide any further details.

There were no immediate reports of significant damage, although local news broadcast pictures of a landslide on a freeway.

Japan’s weather bureau said the quake struck at 11:08 p.m. (1408 GMT) at a depth of 60 kilometers in the Pacific off Fukushima – near the epicenter of the 2011 killer quake that triggered a massive tsunami and killed more than 18,000 people.

The agency initially reported the magnitude of the quake as 7.1, but later corrected the number upwards. It was said that the quake was an aftershock of the massive tremors of 2011.

Aftershocks continued to rock the area for the hours that followed, and officials warned local residents to be vigilant. A handful of people are said to have sought protection in evacuation centers.

“We are working quickly to gather information, but we have not yet released the details. There have been some unconfirmed reports of landslides but we are still investigating them,” Fukushima Prefectural Government official Mikihiro Meguro told AFP.

Around 950,000 households lost electricity in the entire affected region. However, no abnormalities were reported at the Fukushima nuclear power plant, which melted down after the 2011 tsunami.

Prime Minister Yoshihide Suga was called into his office and the NHK broadcaster said the government would set up a special liaison office to coordinate with the affected regions.

“In terms of damage, losses and structural damage are assessed,” he said, adding that parts of the bullet train have been suspended due to power outages.

“Surveys are being conducted at the Fukushima Daiichi nuclear power plant,” he said.

Images posted online showed broken glass in a store and items spilled from shelves in a supermarket.

Well-known writer Yu Miri, who lives in Fukushima’s city of Minamisoma, tweeted a photo of her home showing books, potted plants, and other items strewn across the floor.

“My house in Odaka, Minamisoma, is in a mess,” she wrote.

“I hear the ground rumbling. And another tremor,” she tweeted about an aftershock.

Aerial photos broadcast by NHK showed a slope crashing onto a highway in the Fukushima area, severing the road. It wasn’t immediately clear if someone was injured.

The US Geological Survey registered the quake with a revised magnitude of 7.1 and a depth of 51 kilometers.

Japan lies on the Pacific Ring of Fire, an arc of intense seismic activity that stretches across Southeast Asia and across the Pacific Basin.

The country is regularly hit by quakes and has strict building codes to ensure that buildings can withstand strong vibrations.

Toothpaste Without Fluoride: What To Know and What To Try