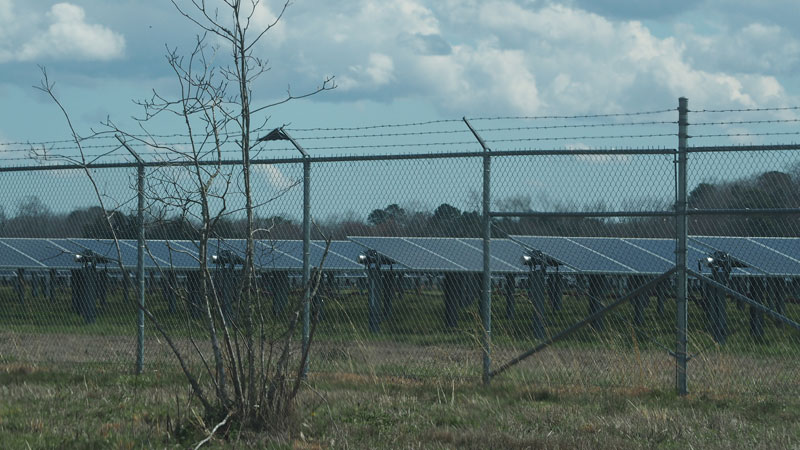 Surry County is looking to add an “energy policy” to its 2040 Comprehensive Plan aimed at further restricting the number and location of new solar farms.

Surry kicked off the amendment process in May by distributing a nine-question online survey to residents, asking them to weigh in on not just the pros and cons of solar but also nuclear, wind and other sources of electricity generation. According to county staff, the 181 responses received yielded a “general consensus that Surry County already has enough utility-scale solar projects.”

To that end, Surry’s Planning Commission is considering two options. The first would entail developing regulations to effectively impose a moratorium on new energy projects, to include utility-scale solar farms.

According to the staff’s report, three utility-scale solar projects already in place total 8,260 acres, or 7.1% of the county’s developable land.

Dominion Energy’s Surry Nuclear Power Station, by comparison, takes up 1,003 acres, or 0.9%. The recently approved Align RNG natural gas facility, which is to be sited off Route 31 near Surry’s border with Sussex County, would take up 5 acres or 0.004%.

Surry is also home to 72,625 acres of “prime soils” as defined by the US Department of Agriculture. Of this acreage, the three existing solar farms take up 7,211 acres, or 9.9% of the total.

Pursuing regulations to effectively impose a “cap” on new facilities would “send a clear signal to the developers of energy projects; however, it would also prevent county residents from receiving any potential community benefits that come with energy projects,” the report states.

The second and less restrictive option staff have proposed would involve adding criteria for the siting of energy projects to Surry’s comprehensive plan. A key component, according to staff, would entail determining an “upper limit for the amount of land in the county that can be developed for energy projects,” most likely represented as a percentage of the total land or total developable land.

Surry County last revised its comprehensive plan in 2020, adopting a 142-page document intended to guide land-use decisions through 2040. The plan currently states solar farms should be sited as close to existing electric transmission lines as possible, avoid or minimize the impact to prime farmland, be screened from residential areas and routes 10 and 31, and not visually impact scenic or cultural resources.

A 240-megawatt farm known as Cavalier Solar is set to begin construction this year. Surry’s and Isle of Wight County’s supervisors approved the project last year. When built out, it will span 1,750 acres along the county border.

Surry County’s supervisors recently rejected a proposed 20-megawatt solar farm that would have been sited across the street from the 17thth century Bacon’s Castle Homestead. A proposed 150-megawatt farm in Spring Grove that would be known as the “Loblolly Solar” is awaiting the supervisors final vote.