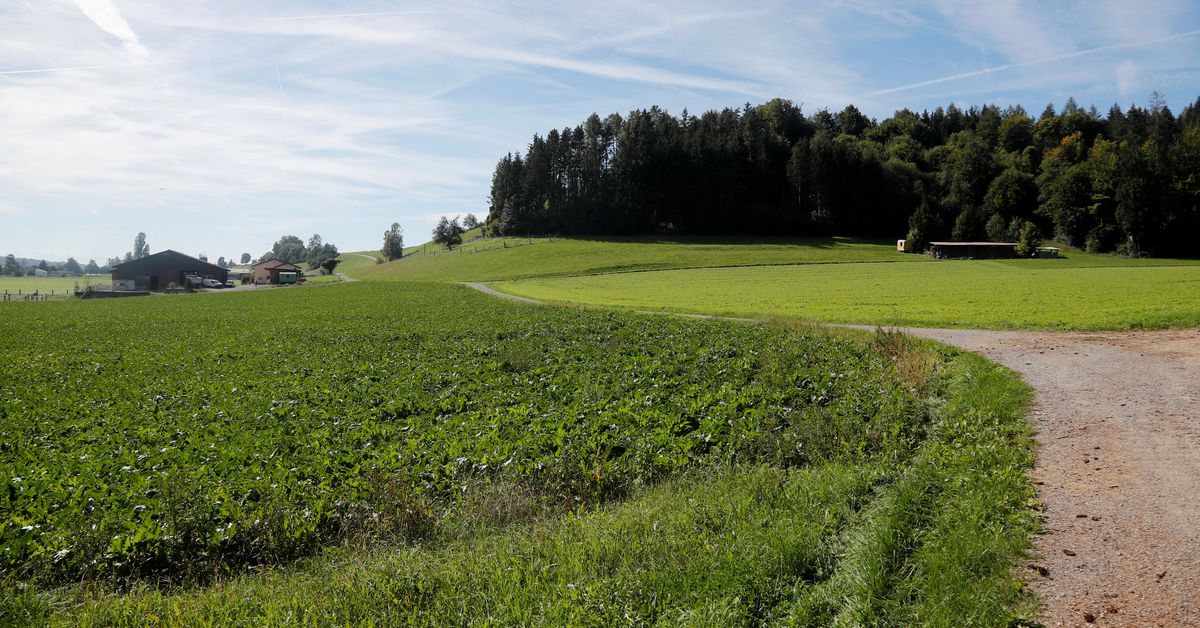 ZURICH, Sept 12 (Reuters) – Switzerland confirmed on Monday that its favored location for a 20 billion Swiss franc ($20.94 billion) underground nuclear waste storage site was an area north of Zurich, close to the German border.

The company behind the project to store the country’s nuclear waste for at least the next 200,000 years, the National Cooperative for the Disposal of Radioactive Waste (NAGRA), proposed northern Laegern for the site, which is due to become operational in 2050.

Following a 14-year evaluation process, NAGRA – set up by nuclear power plant operators and the government – said the opalinus clay found in the area provided the greatest geological barrier, the best rock stability and a high degree of flexibility for the subterranean repository compared with the two other sites it considered.

“(It) is the best location with the best safety. The core of the deep store is this gray and inconspicuous stone … here time practically stands still.”

Martin Neukom, a member of the Zurich cantonal government and a Green party member, said it was irrelevant that he had been critical of nuclear power stations because radioactive waste had already been produced.

A farmhouse is seen in the Haberstal area, which the Swiss National Cooperative for the Disposal of Radioactive Waste (NAGRA) confirmed to be the favored location for an underground nuclear waste storage site, close to the German border near the village of Stadel, Switzerland September 12, 2022. REUTERS/Arnd Wiegmann

“We have the responsibility to store this waste using the best of our knowledge with the best evaluations of safety. That means you cannot really be against the storage,” he told the news conference.

NAGRA will seek a government license for the scheme, which is intended to store waste from Switzerland’s four nuclear power stations, at the end of 2024, with parliament and the Swiss government likely to decide on approval in 2029. read more

The matter could also be put to a referendum under Swiss direct democracy before construction starts in 2034.

Compensation for affected regions, including in Germany, has yet to be decided.

A German government spokesperson said there had been good integration between the German and Swiss so far and expressed hope that it would continue.

For the next step on the German side, a group of experts will look at the plausibility of the Swiss authorities’ decision, a German environment ministry spokesperson said.